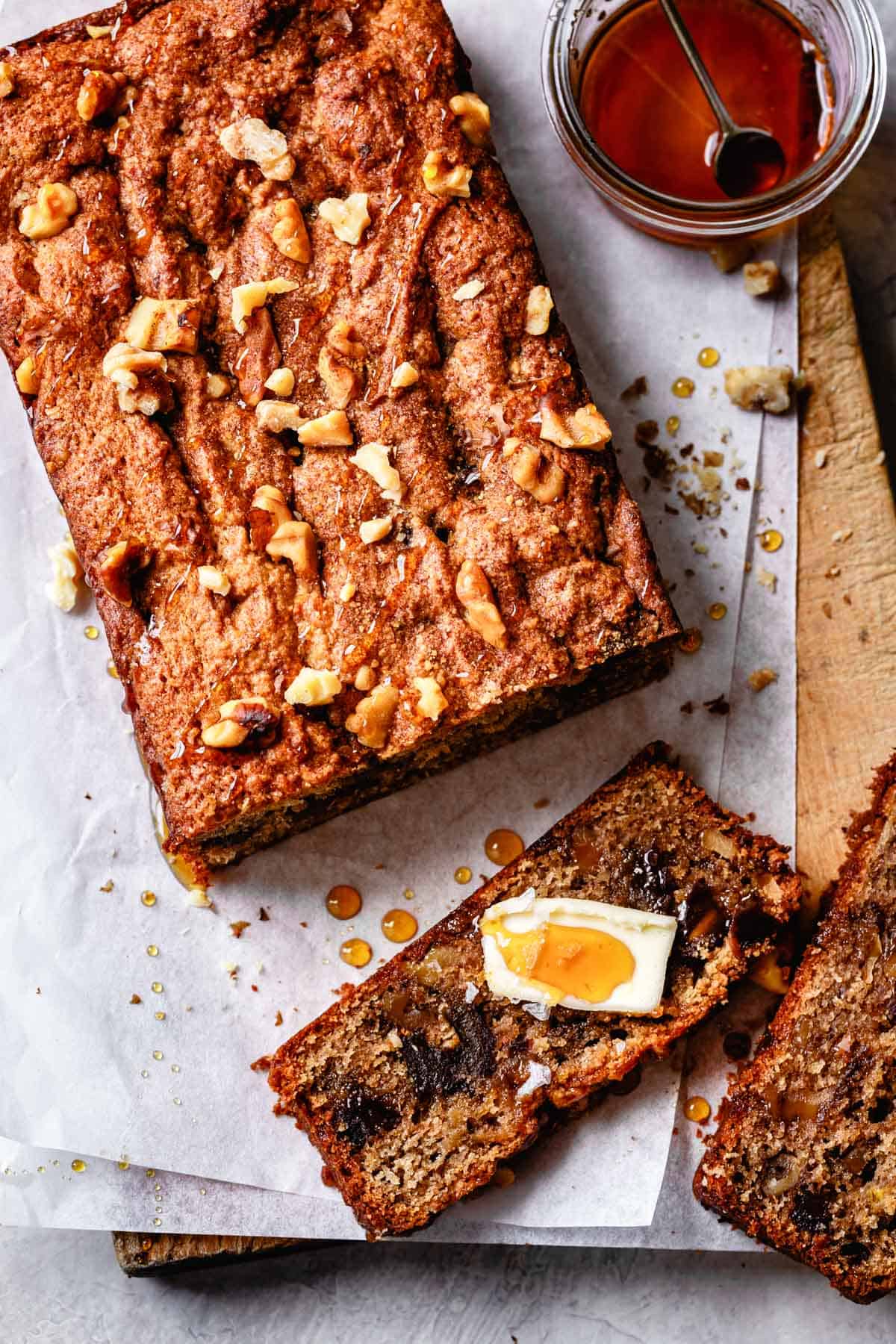 I have a bit of a pet peeve: the other day I came across a gluten-free banana bread recipe that called for "2 bananas." I thought, "how is this recipe supposed to work?" Bananas can vary greatly in size. Two small bananas, mashed, can equal 3/4 cup of puree, while larger bananas could make twice that amount.

In gluten-free and grain-free baking especially, accurate measuring is important since GF flours are less forgiving than all-purpose. The moral of the story is this: mash, then measure your bananas. Or better yet, bust out your food scale and weigh your bananas and other ingredients for the most accurate result. 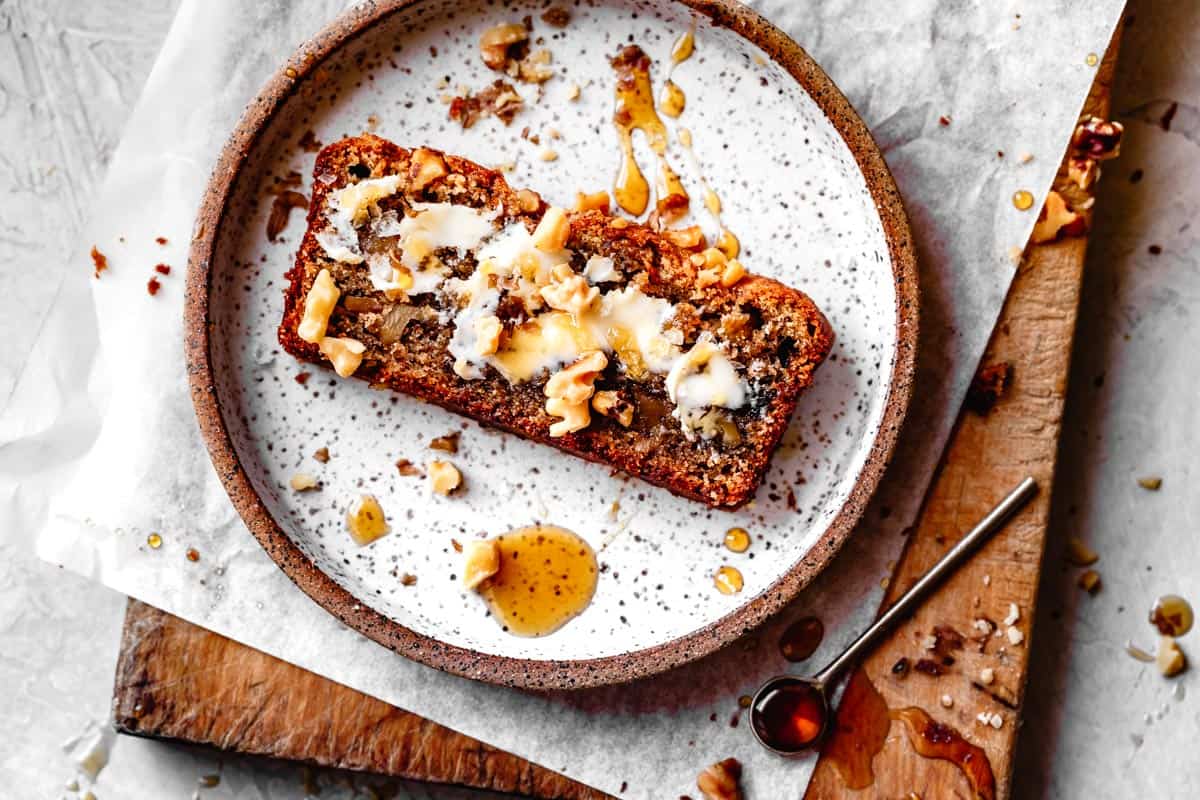 I loved this vegan paleo banana bread with chocolate chips so much that I've been making a different version lately. It's loaded with spicy cinnamon, gooey dates, and toasted walnuts, all of which give it a baklava vibe (the traditional Greek dessert layered with nuts, phyllo, and spiced syrup).

It's so good, I wanted to give it a post of its own!

Topped with a sprinkle of cinnamon sugar, this grain-free banana bread makes a satisfying treat that comes together with just a whisk and a bowl. Slather slices with salty plant butter and a drizzle of honey, and enjoy with a cup of tea for an afternoon snack. Or toast slices in a skillet with a little coconut oil or ghee, then top with scoops of vegan vanilla ice cream for a tasty dessert. 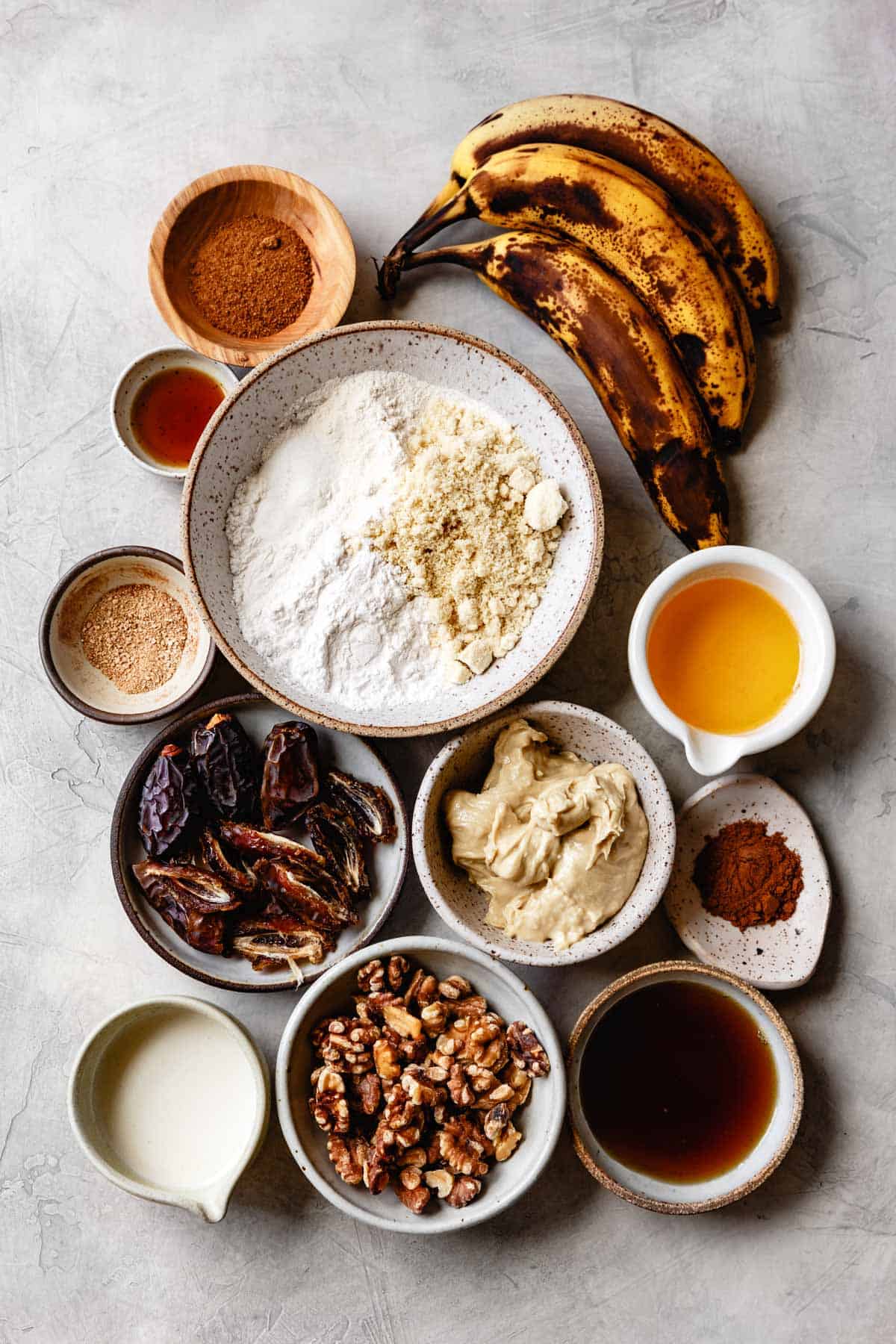 How to Make Grain-Free Banana Bread 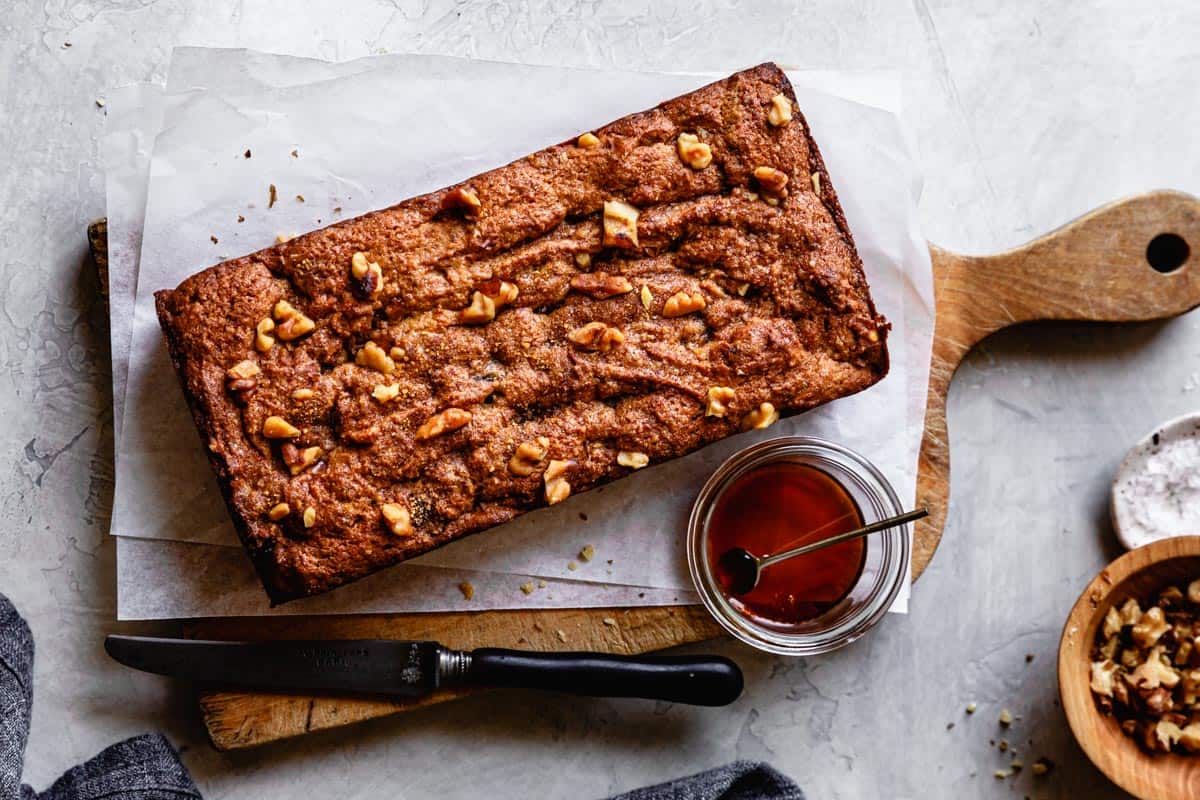 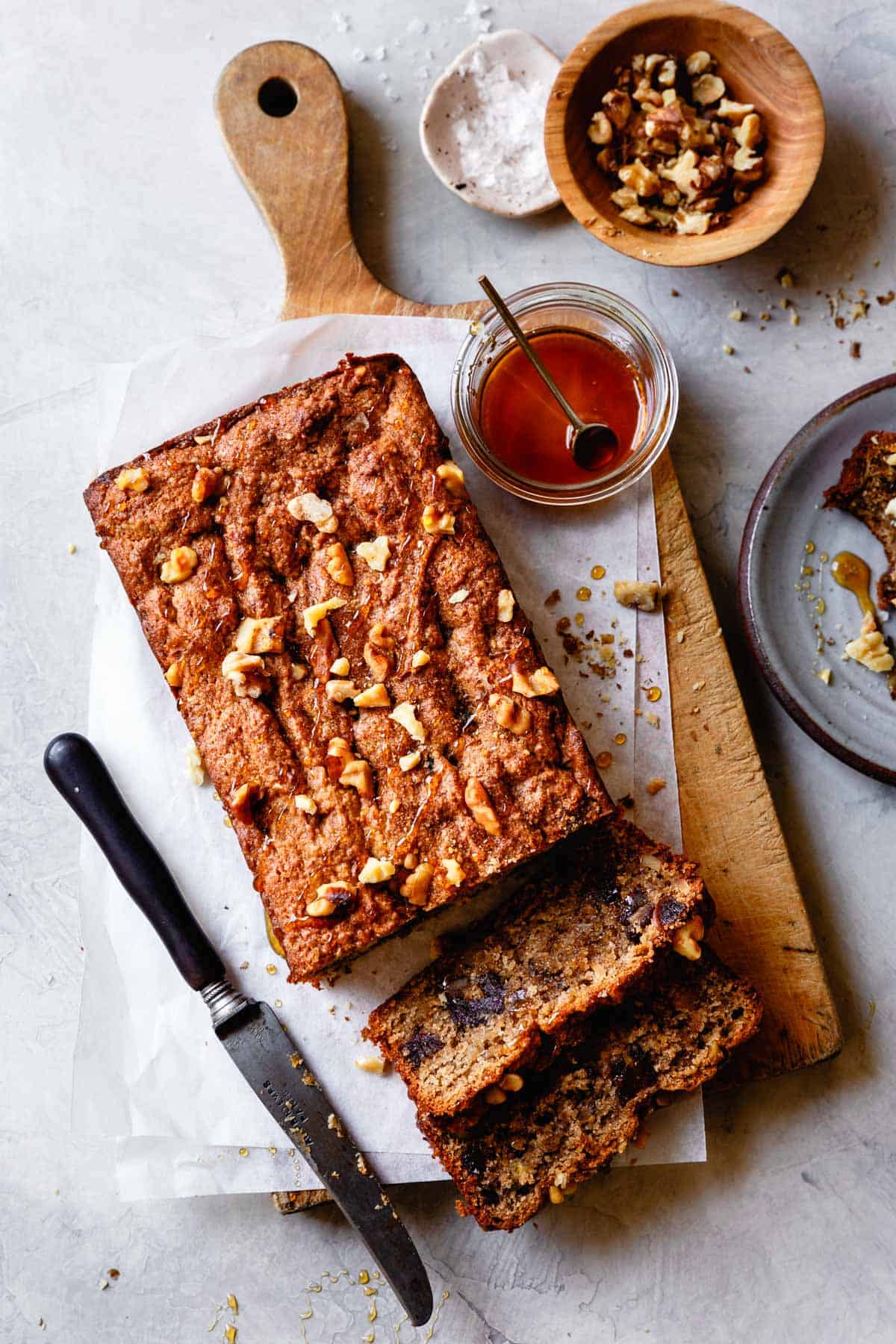 Banana Bread for Everyone

This grain-free banana bread is moist, tender, sturdy, hearty enough for a snack and sweet enough for dessert. I hope you love it as much as we do. 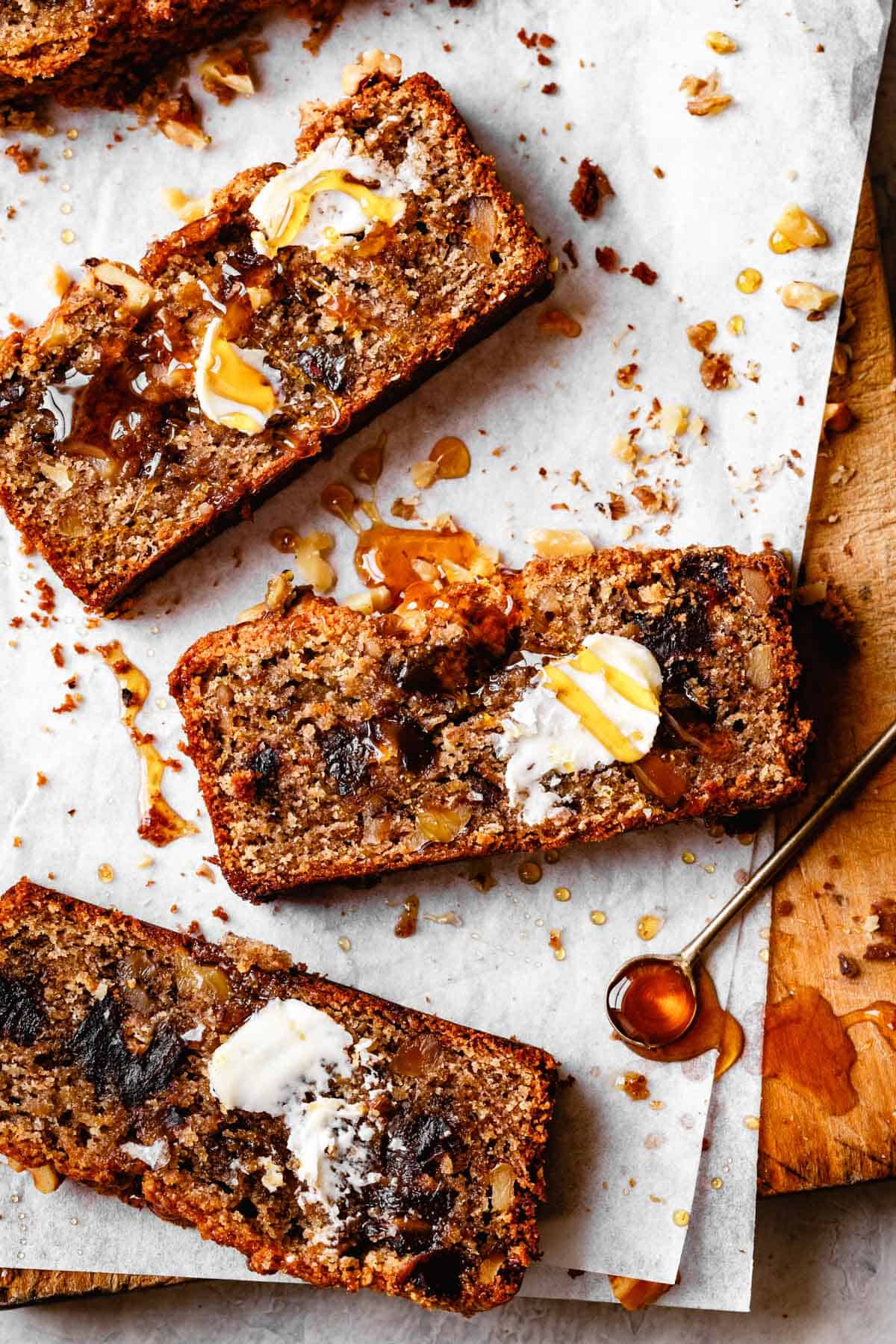 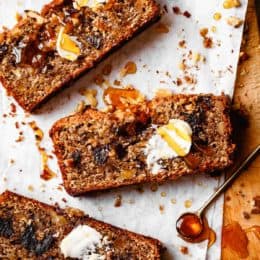 Store at room temperature for up to 2 days, refrigerate for up to a week, or freeze for longer storage.  Nutrition facts are for 1 of 8 servings. 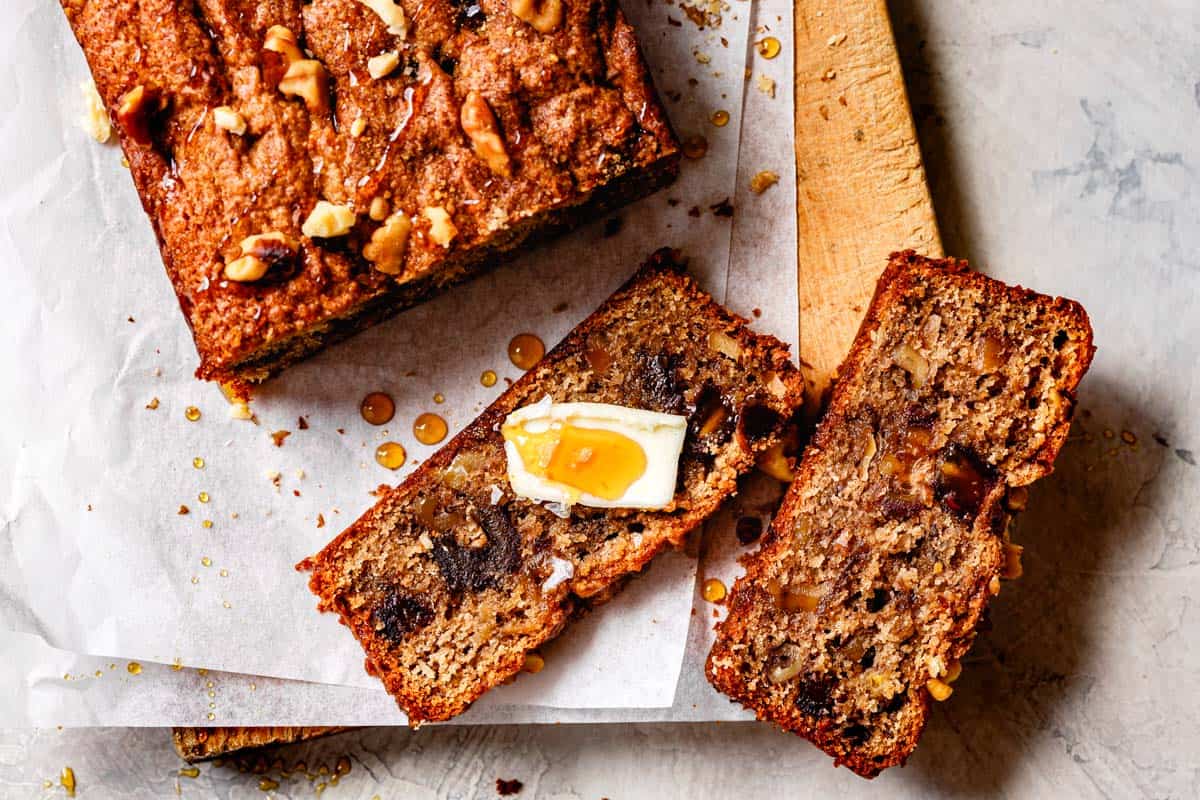