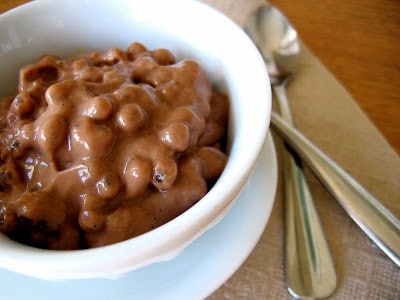 I have been thinking about vegan chocolate tapioca pudding for the past 5 years. This usually occurs in the bathroom. Before you jump to any disturbing conclusions, please let me explain. 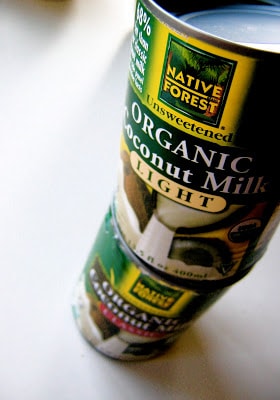 Jay keeps q-tips in a plastic half-pint container which fits handily in the space under the medicine cabinet. This container happens to have held, many years ago, before my living with Jay was even a twinkle in either of our eyes, vegan chocolate tapioca pudding from the Staff of Life in Santa Cruz. I know this because of the faded, yellowing label on the lid of the container, which taunts me daily. 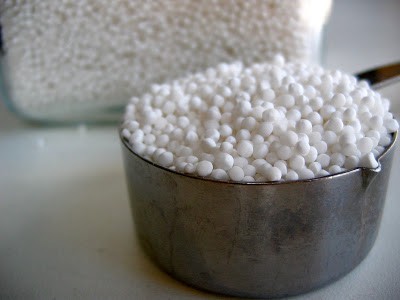 Sadly, though I often wish for the contrary, the contents of said container never vary: always I am greeted, post shower, with convenient and sanitary, though inedible, q-tips, rather than a bowl of cool, luscious, chocolate infused tapioca. 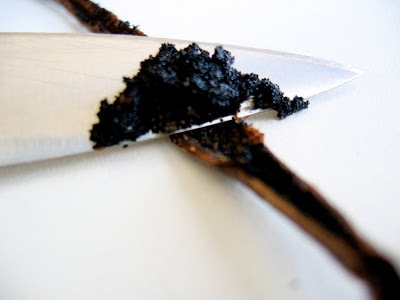 I decided to put a stop to this madness, and just make the darn tapioca already. I've used Heidi Swanson's kick-ass recipe several times, which gets everything just right, including the ball-to-pudding ratio, sweetness, and reduced soaking time. I'd been planning to make a chocolate version, and wondered whether the egg yolks called for were truly necessary (they aren't) and whether coconut and soy milk could be subbed in order to satiate my many lactose-intolerant friends (they can). 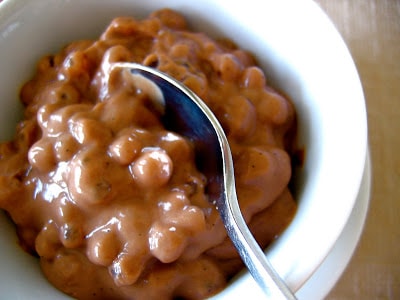 This recipe is gluten, dairy, egg, and (almost) sugar-free, but tastes voluptuously rich, creamy and decadent. Chocolate and rich coconut milk cover up that tell-tale vegan flavor. No one would ever guess this wasn't made with gobs of cream and sugar. 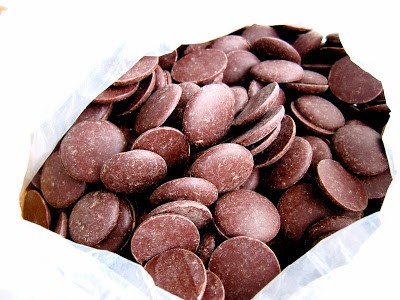 Unlike revenge, this pudding is best served slightly warm, when it has the texture of soft-serve chocolate ice cream and the flavors really pop; cold it is firmer; still chewily addictive any time of day (yes, even for breakfast). You may want to make a double batch, as this pudding disappears quicker than you may like, especially after all that stirring.

*Bojon appétit! For more Bojon Gourmet in your life, follow along on Instagram,  Facebook, or Pinterest, purchase my gluten-free cookbook Alternative Baker, or subscribe to receive new posts via email. And if you make this vegan chocolate tapioca pudding recipe, I’d love to see. Tag your Instagram snaps @The_Bojon_Gourmet  and  #bojongourmet.* 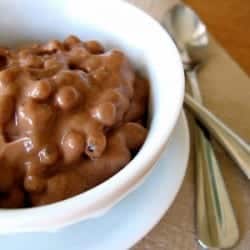