Dates, nuts, and cocoa powder form a fudgy base crowned with creamy coconut maple ganache in these chocolate hazelnut no-bake brownies. These brownies are gluten-free, raw, vegan, and refined sugar-free. 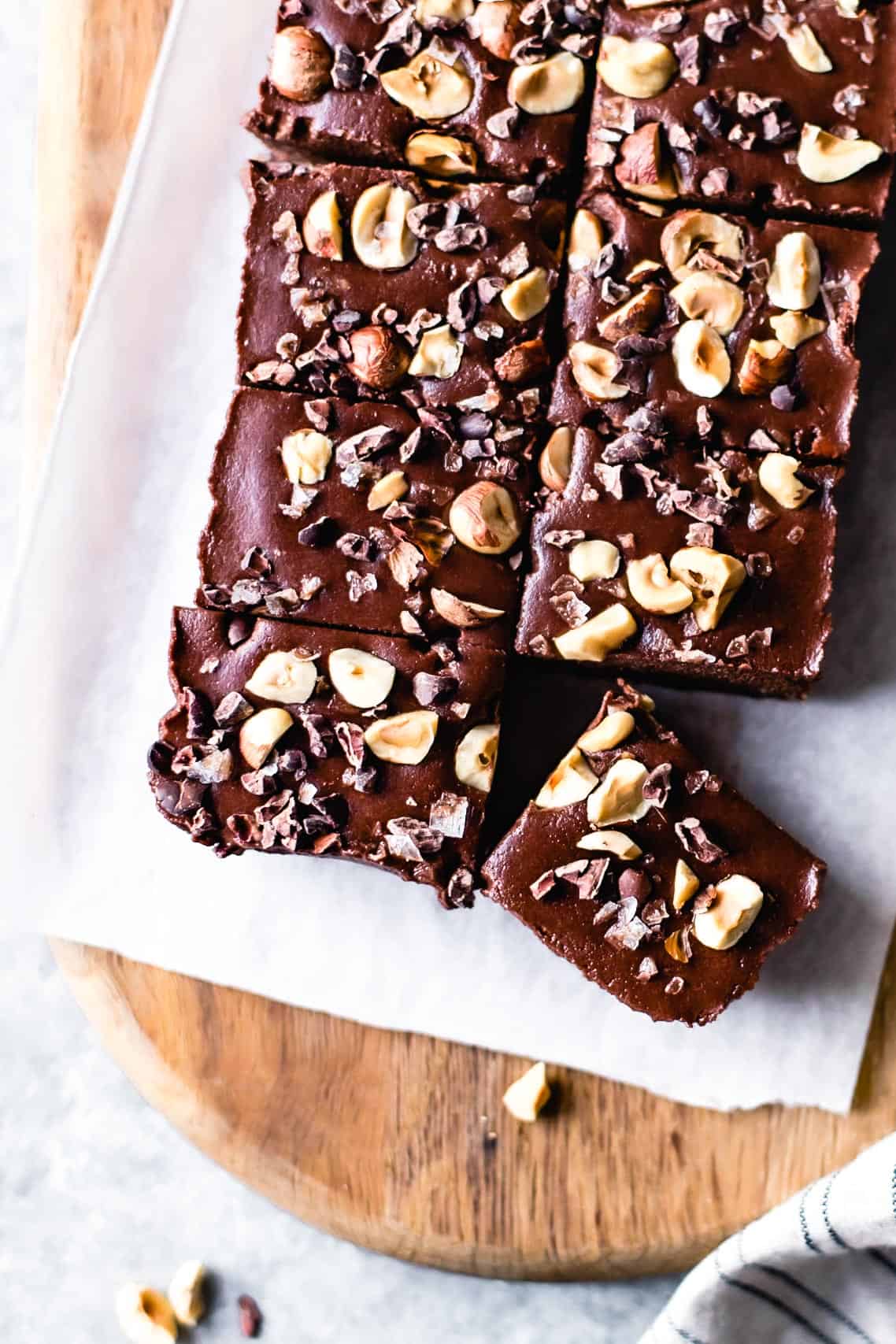 Here's a quick, easy, and endlessly satisfying recipe for über-healthy no-bake brownies that taste like Nutella. I concocted these a couple of years ago during a little mini-cleanse that I did to try to rid myself of some mysterious neck pain. Hoping the cleanse might kick inflammation to the curb, I swore off dairy, processed grains, refined sugar, caffeine and alcohol for a week.

But rather than feel deprived, I indulged in many new-to-me foods – this dip, a lentil and quinoa salad that we lived off of, lots of fun smoothies, and these little chocolate love bombs. 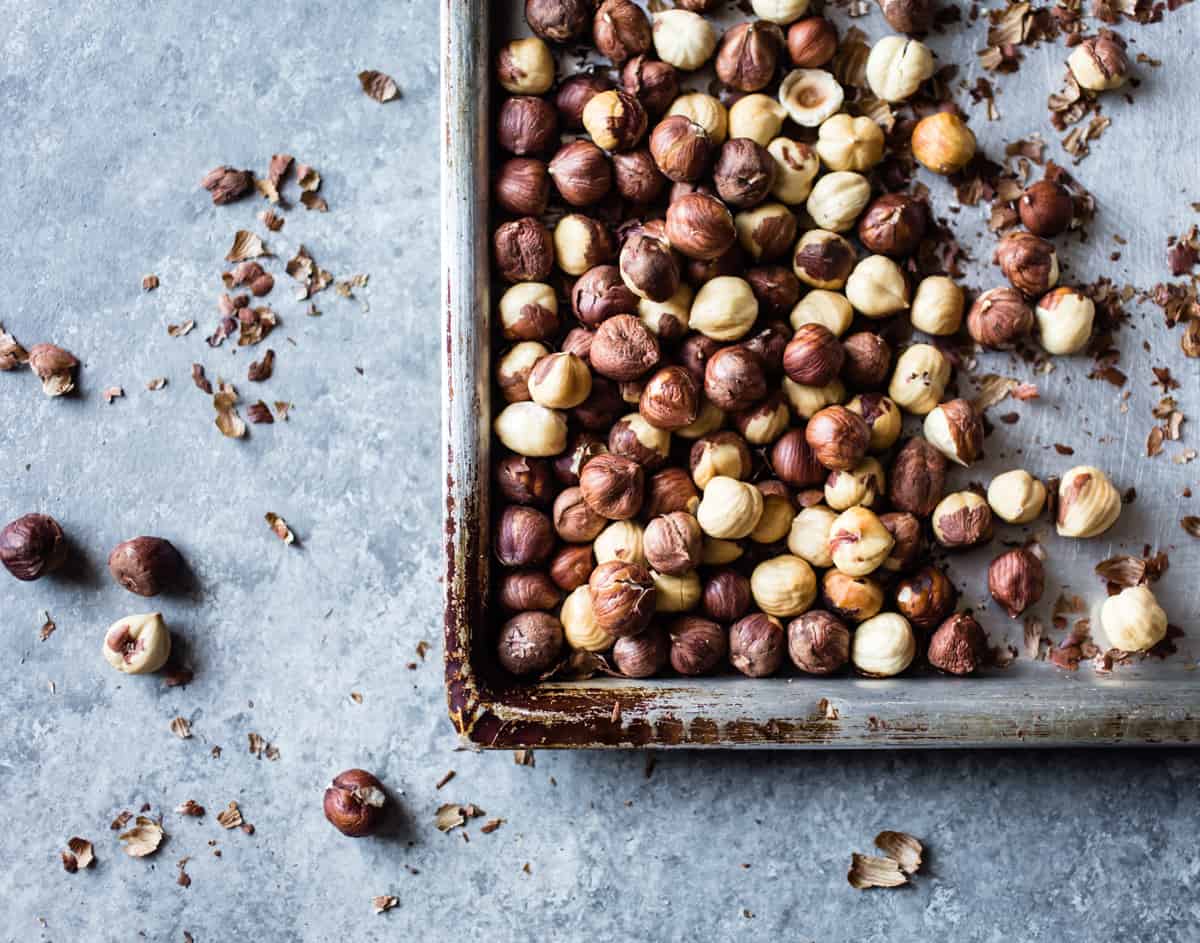 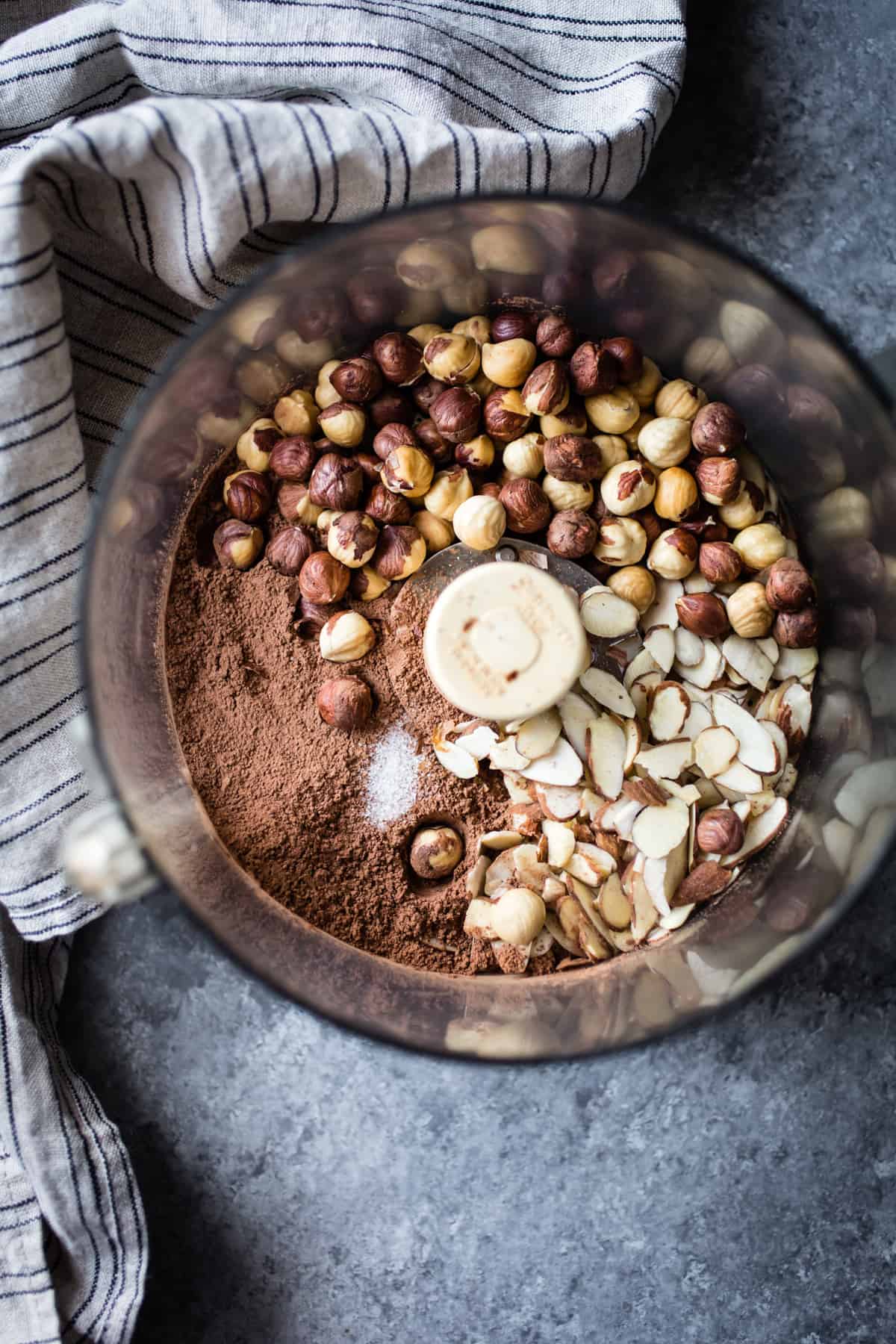 Aside from the newfound ability to move my neck, these no-bake brownies were the best thing to come out of that week. The base is lightly adapted from Minimalist Baker. I based the ganache topping on the swirl in these cheesecakes, with a little almond milk whisked in to keep it extra creamy. I brought them to a rehearsal for a friend's band, where the drummer took one bite and declared, "This is the best... FOOD... I've ever eaten."

These raw vegan brownies stayed in the back of my mind for a while, and after indulging in a similar hazelnut-based treat at Seed+Salt (which is now sadly closed) with my niece, I knew I had to share the recipe. 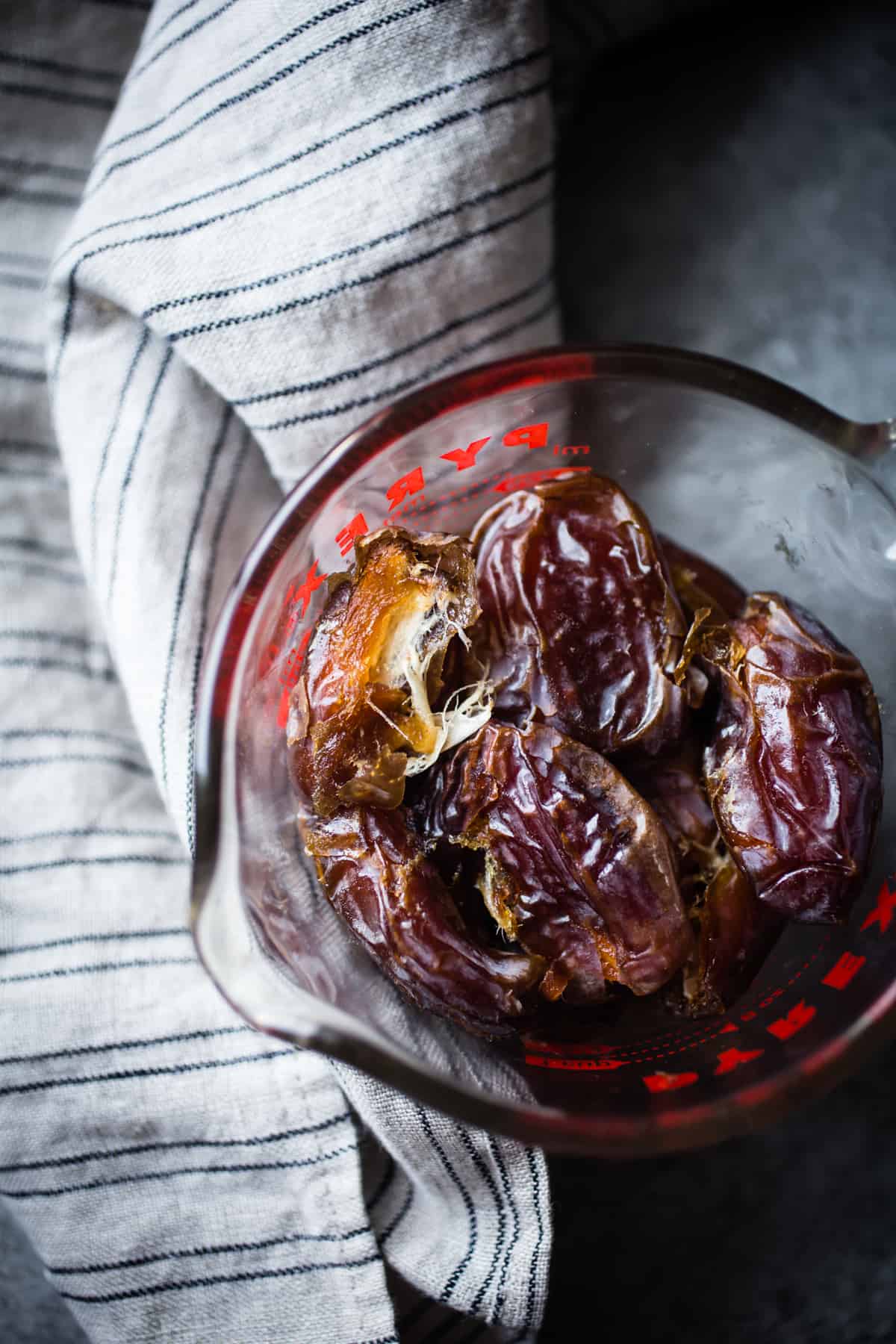 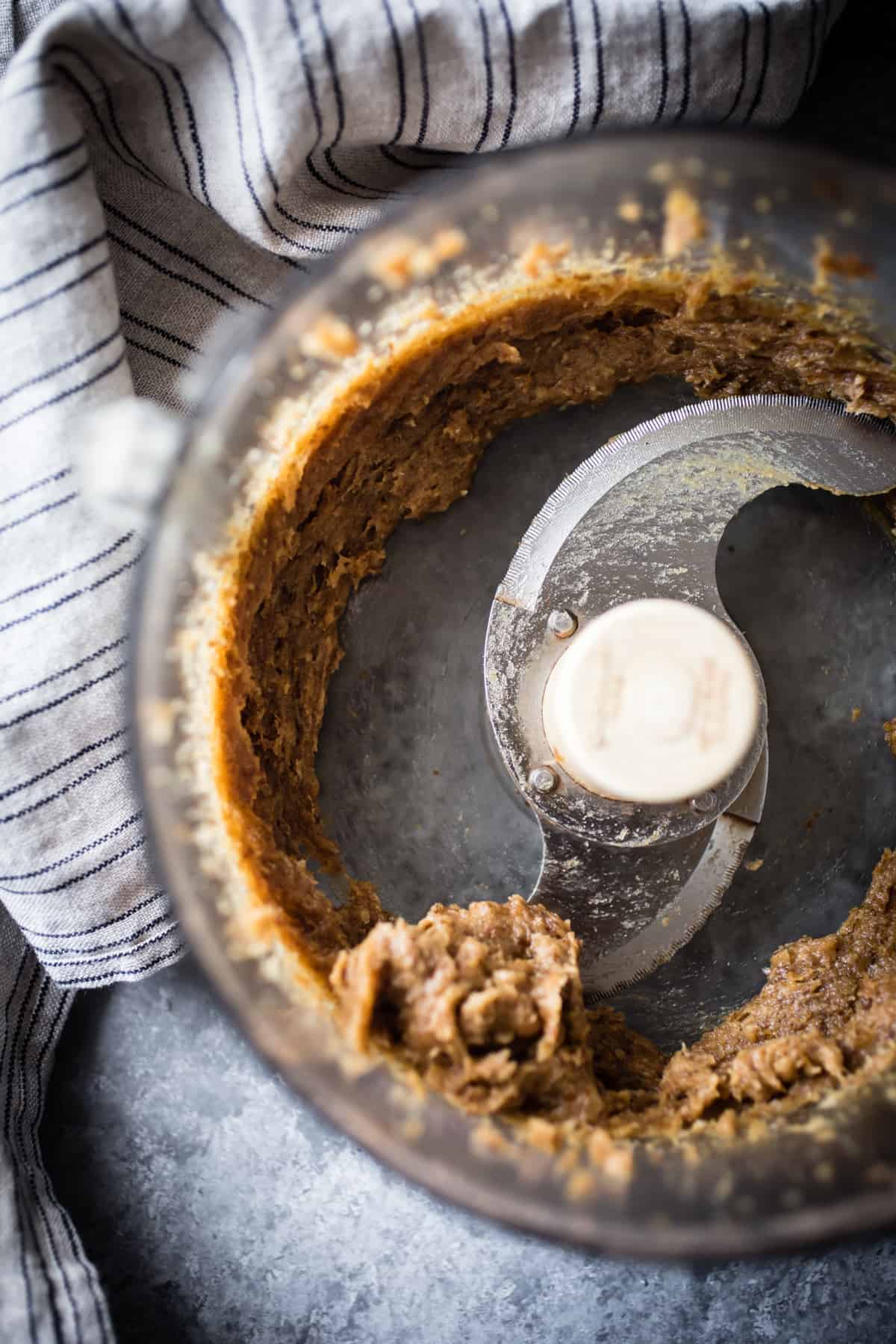 How to Make No-Bake Brownies

These raw, vegan, no-bake brownies come together in a snap with few ingredients that you may already have in your pantry. Just grind some nuts with cocoa to a powder, puree some dates, and process the two together to form a firm "dough." Press this mixture into a loaf pan and chill. There are your brownies! 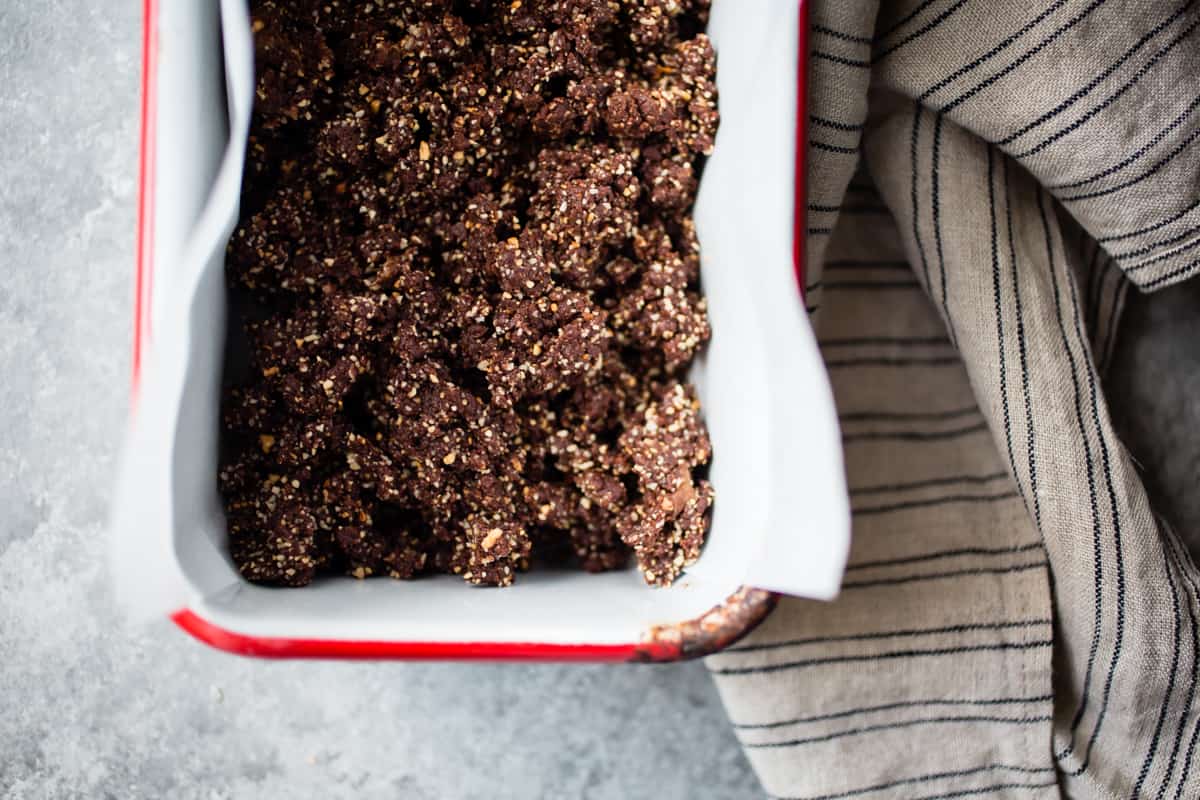 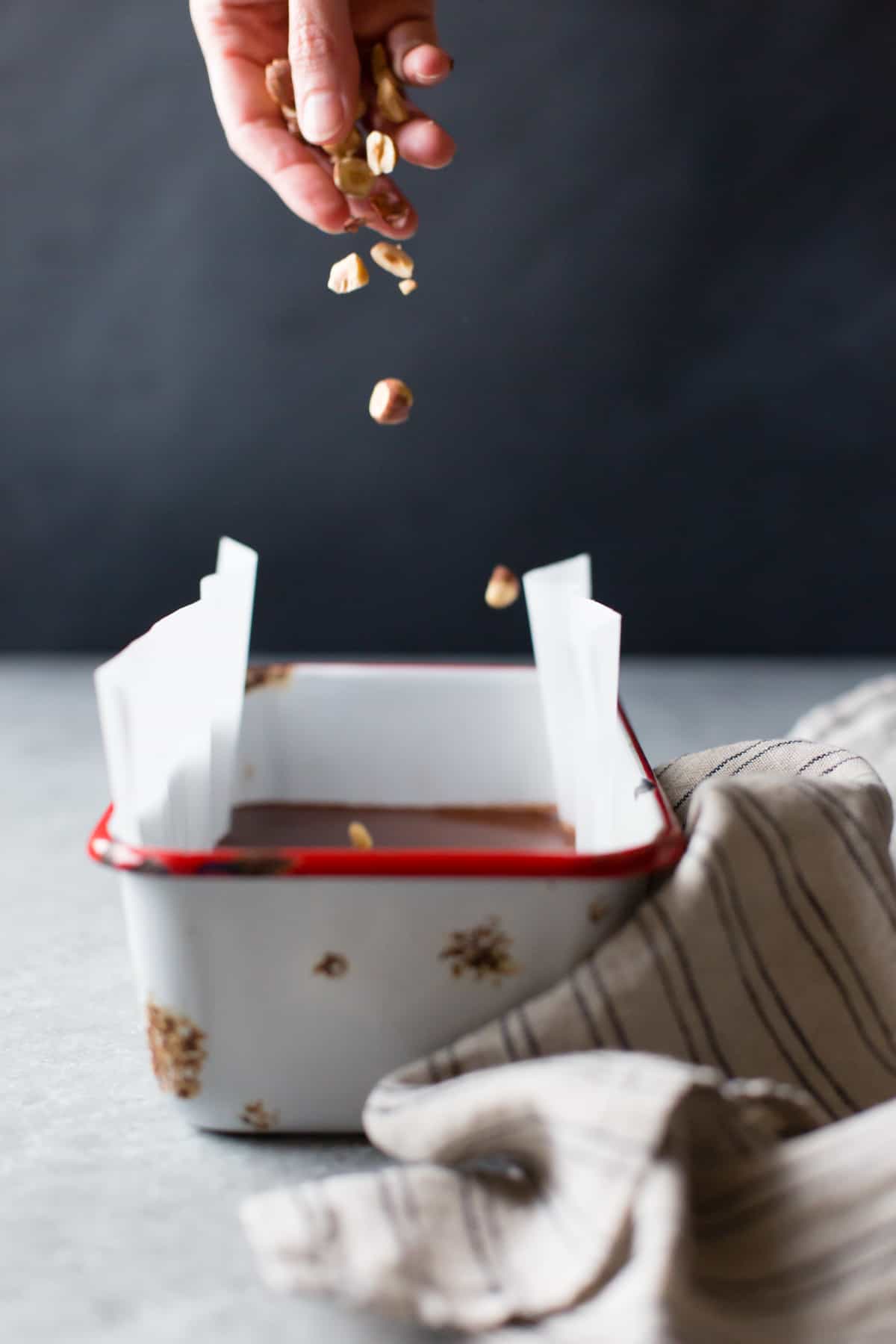 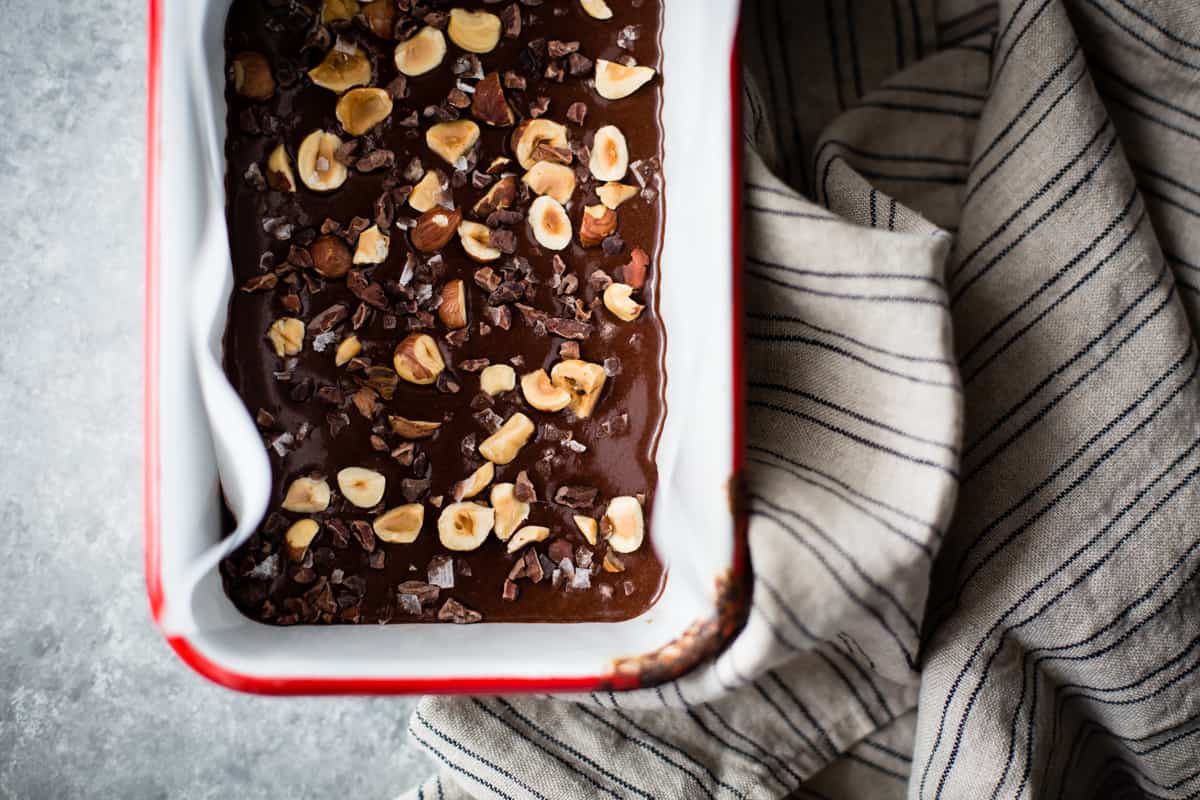 To make this raw, vegan ganache, just combine almond milk, coconut oil, maple syrup, cocoa powder, and vanilla in a medium, heat-proof bowl. Set the bowl over a pot of gently simmering water, and whisk until melted and smooth. Let the ganache cool slightly, then pour it over the brownies. After a chill, you'll have a softly set ganache that tastes like magic. 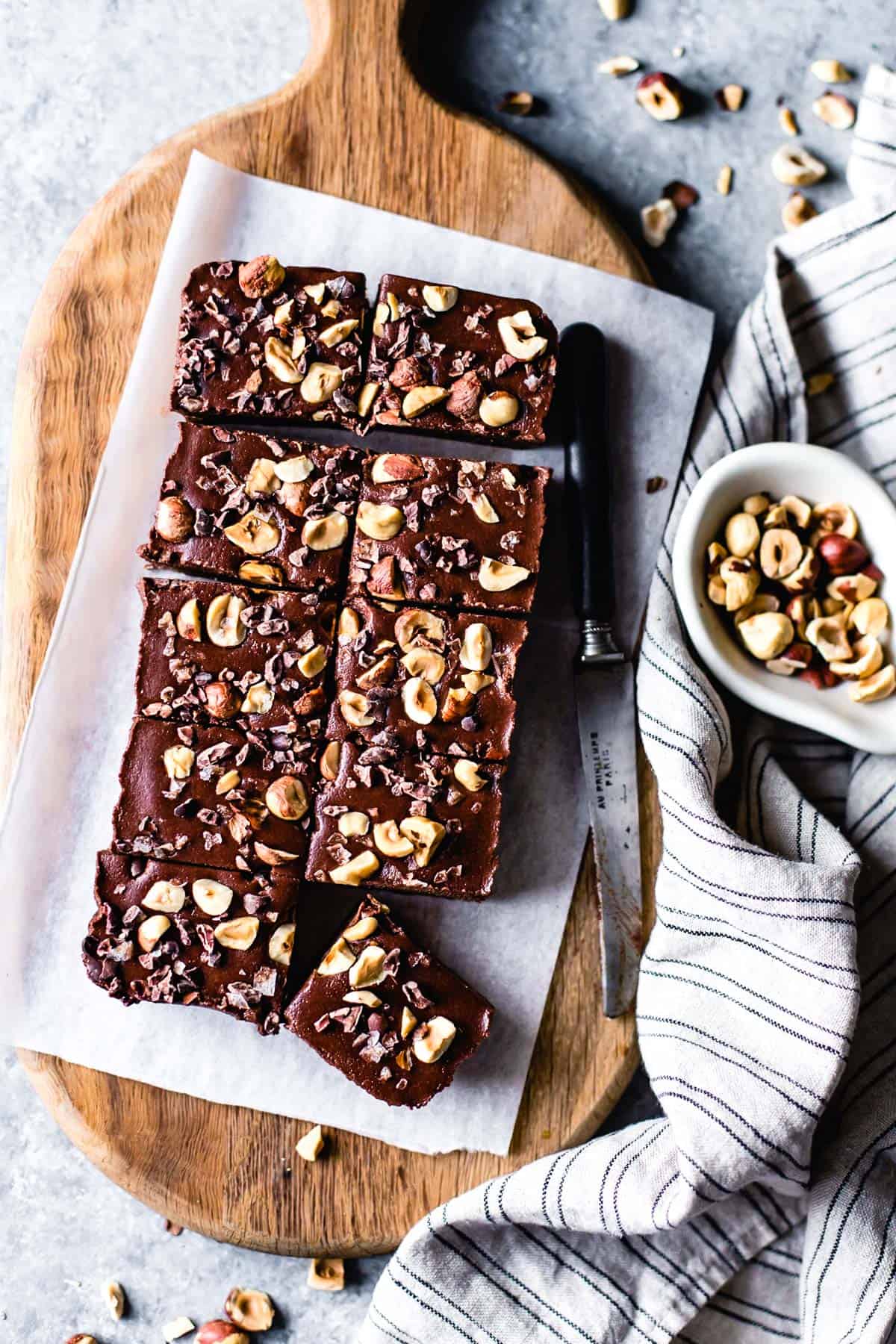 Healthy Brownies for Everyone

These healthy, date-sweetened brownies fit into most everyone's diet, be it gluten-, dairy-, grain- sugar-free, or all of the above. One thing it's not free of is flavor. These are every bit as rich and decadent as the most fudgy traditional brownies, with added depth of flavor from toasted hazelnuts, dates, maple syrup and coconut oil. A thick layer of ganache melts into creamy bliss in your mouth, and crunchy cacao nibs and flaky salt form a chunky topping that will have you coming back for more. 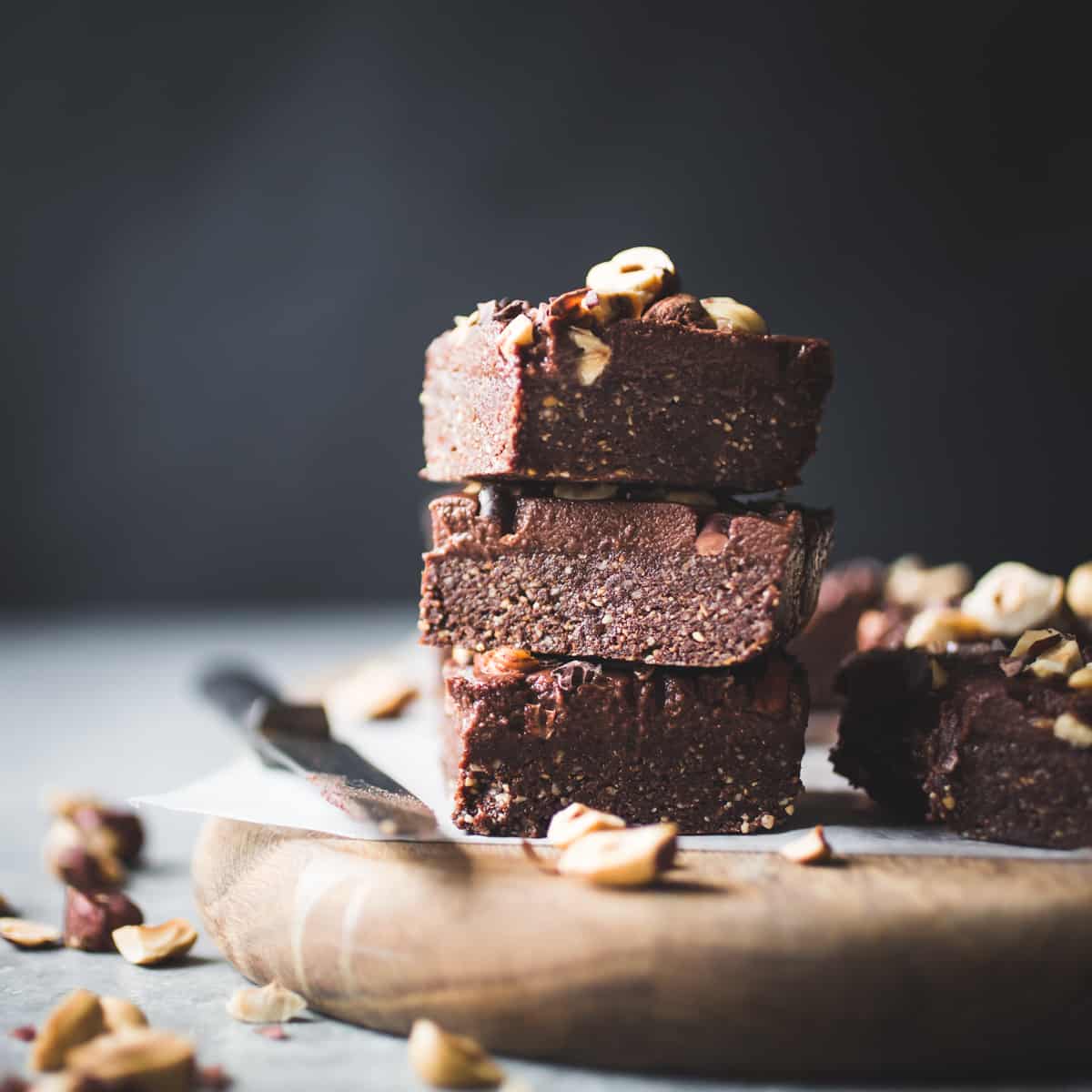 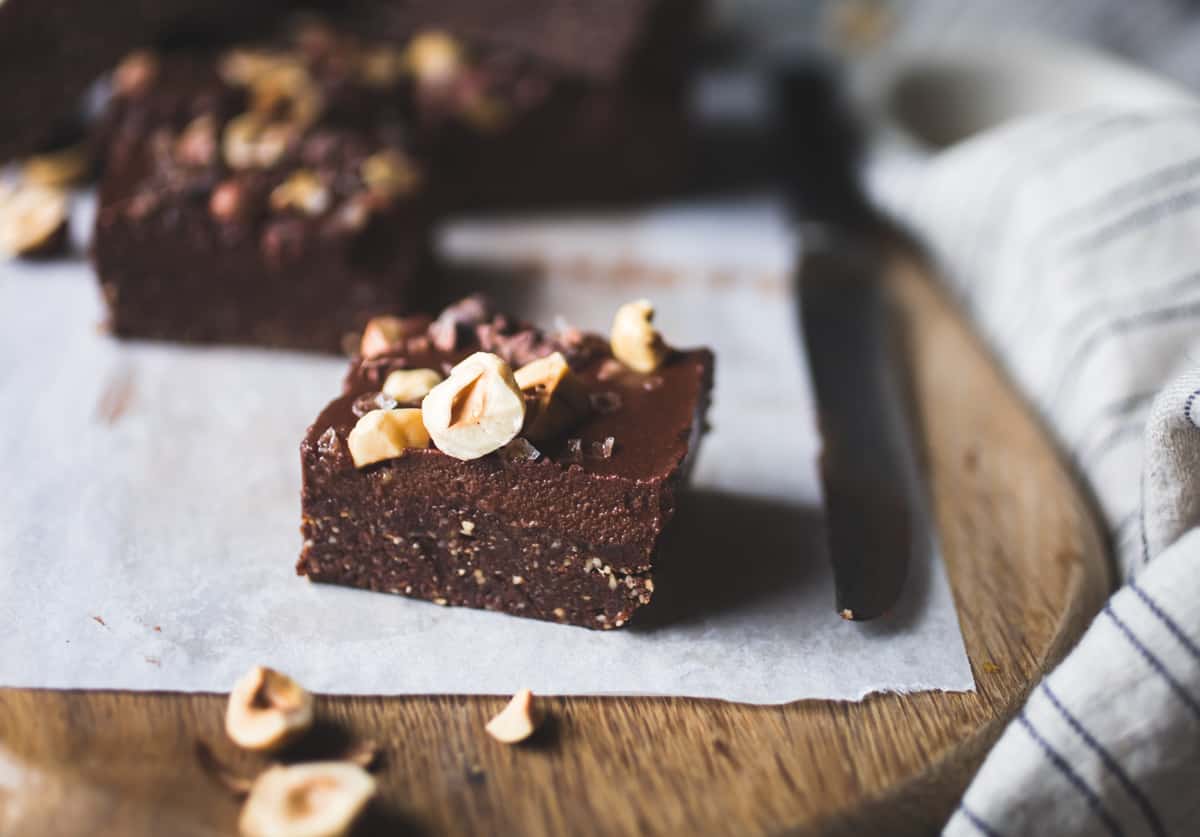 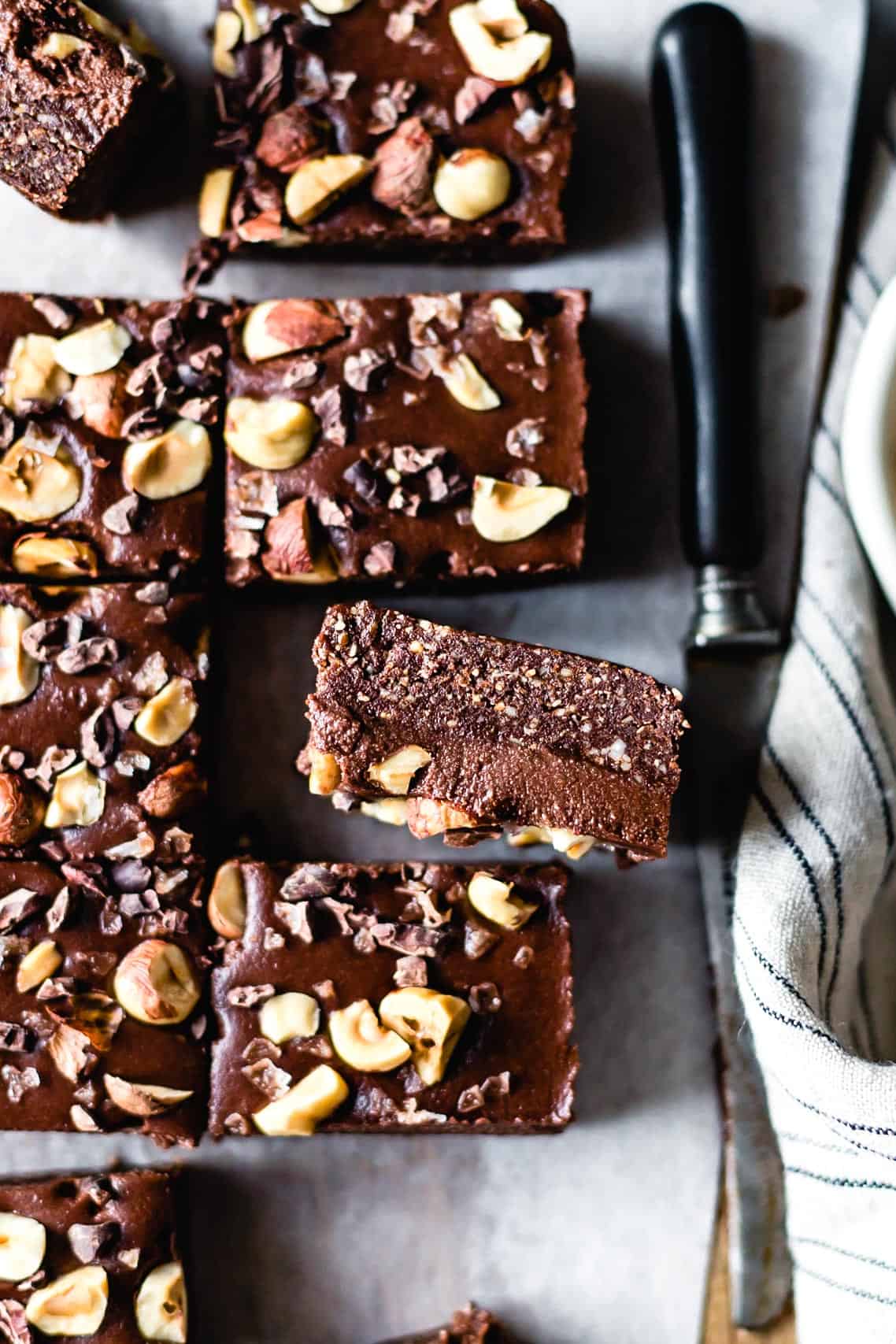 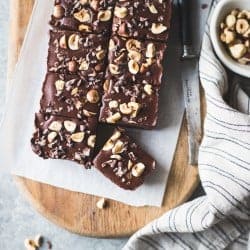 These decadent bar cookies come together in no time; do be sure to allow an hour or so for the ganache to set. If your dates aren't fresh and moist, give them a quick soak in enough hot water to cover the little guys, then drain well and proceed with the recipe. Brownie base adapted from Minimalist Baker. I love the taste of toasted hazelnuts here, but feel free to skip the toasting process for all-raw brownies. Nutritional values are based on one of eight brownies. 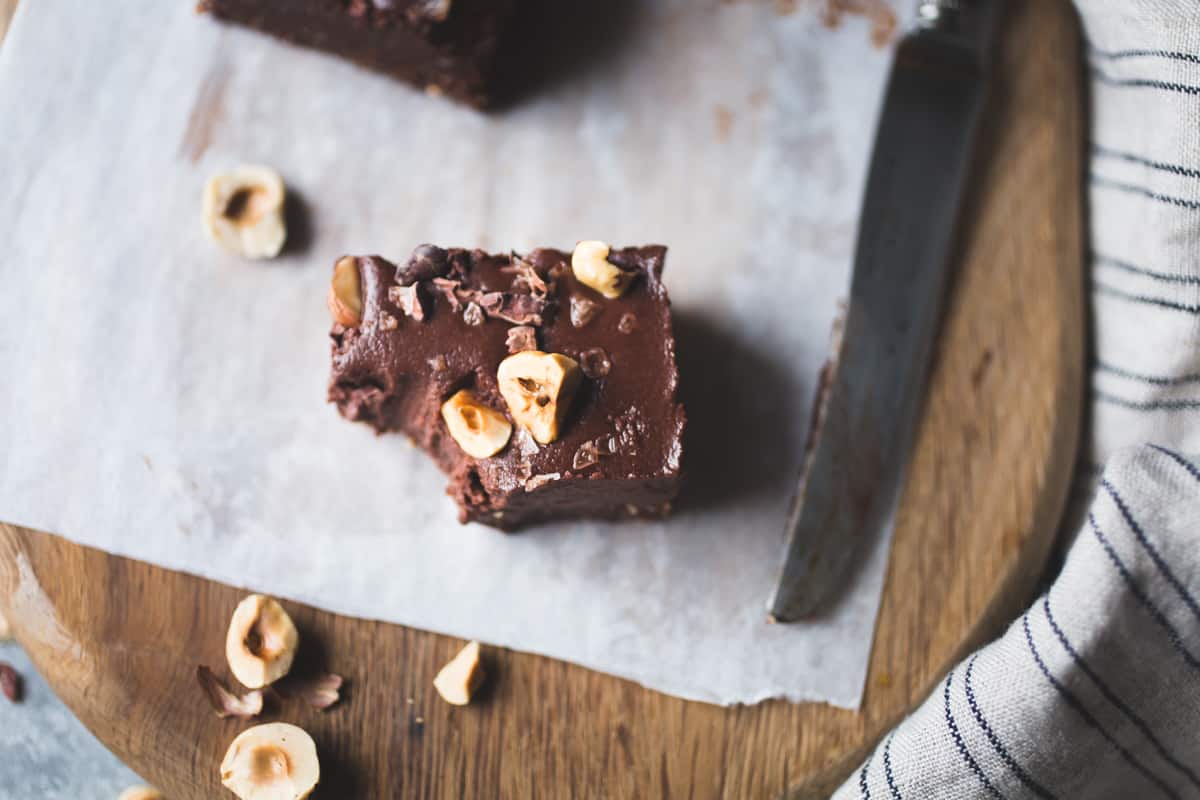