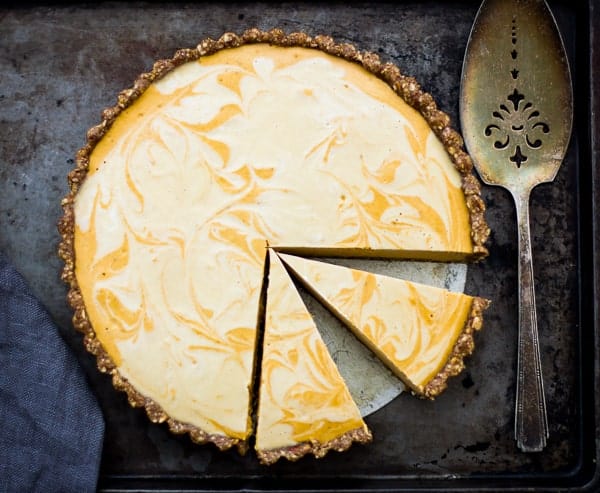 Some ladies go ga-ga for flowers, or a box of fancy chocolates. Some like sparkly hand bags (they're not called purses anymore – I just learned that). Some will swoon over a pair of designer shoes, or a fine piece of jewelry stashed in a velvet box. 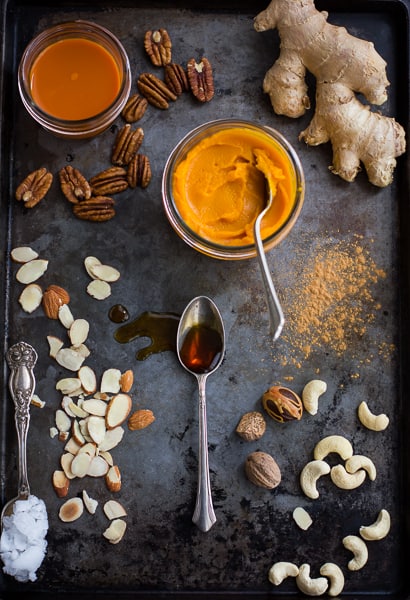 But to me, few things say "I love you" more than an industrial food processor or heavy duty stand mixer. I'll take the steel of a good chef's knife over gold or platinum any day – though I'm equally happy with a set of vintage silver flatware, or perhaps some BPA-free polycarbonate. 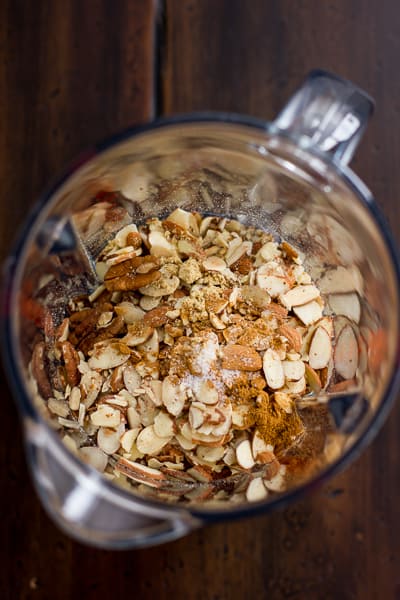 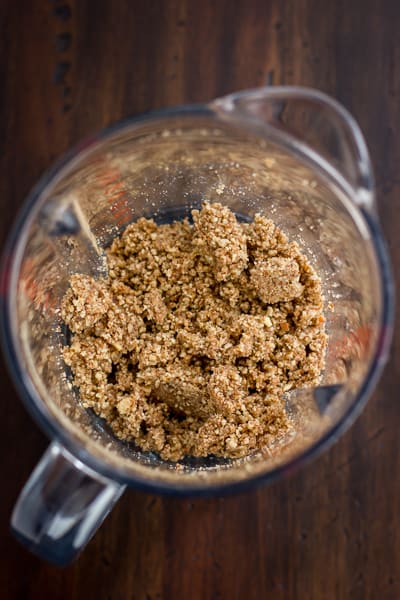 I'm currently head-over-heels for our new blender. We'd been muddling along with an avocado-green number from several decades ago, which served us well for making our favorite nutritional yeast vinaigrette, but couldn't handle anything more serious than a few garlic cloves and some liquids. We consulted the kitchen oracle, Cook's Illustrated, for blender advice and ordered the model rated on par with the VitaMix but with a smaller price tag. Our new baby is sleek and cute, and it's been a champ so far, churning out kale smoothies every morning, almond milk every few days, and four batches of this pumpkin tart. (I had to get it just right, you know?) 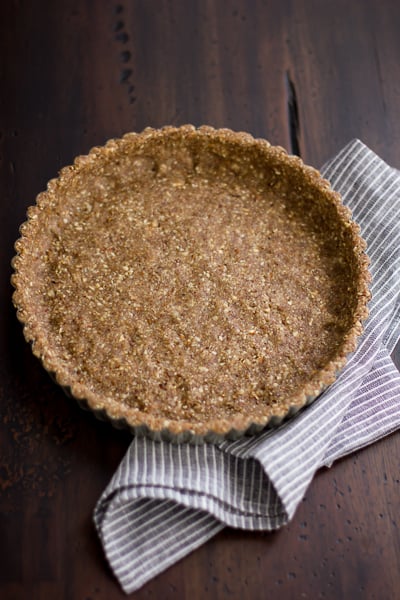 This tart was inspired by a few different sources: a raw pumpkin pie I tried at Cafe Gratitude many years ago, and Comfy Belly's Raw Chocolate Cheesecake. I wanted it to look as pretty as the Marbled Pumpkin Gingersnap Tart in The Smitten Kitchen Cookbook. So I made something up, and tweaked it three times to get the flavor and texture just so. 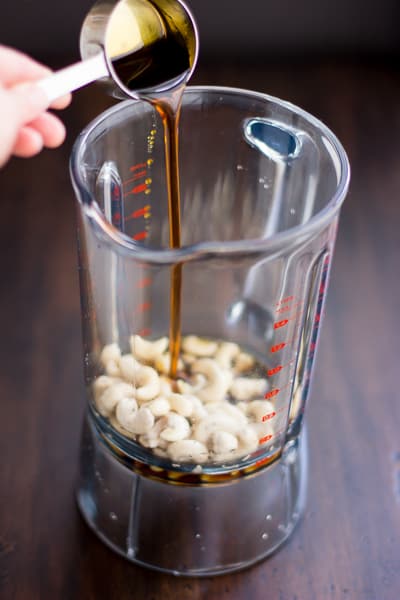 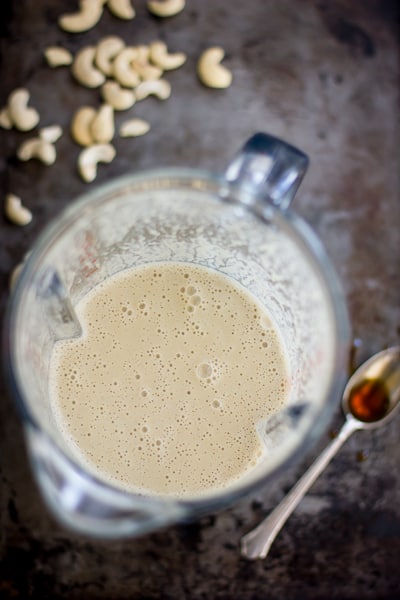 I start with a crust of pecans, almonds, coconut oil and maple syrup. A hit of salt gives the crust a crack-like addictiveness, and ginger and cinnamon add warmth. I found that toasting the nuts lightly makes the crust infinitely more flavorful. 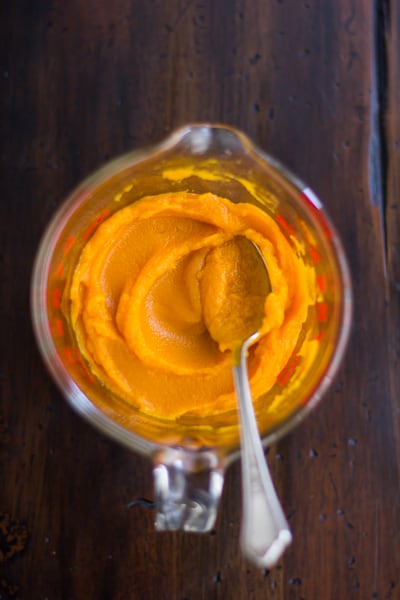 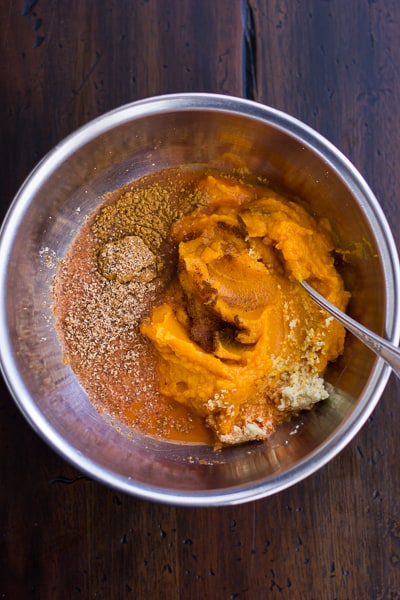 The filling begins with a cashew cream flavored with vanilla, a bit of salt, and maple syrup. Melted coconut oil, which is solid when chilled, sets the tart to a slice-able consistency. Before adding butternut squash puree, carrot juice (to give the tart a brighter hue), and spices, I set aside some cashew cream to swirl into the top of the tart. A combination of cinnamon, nutmeg, cloves, and fresh ginger give the filling a classic taste which, it you're like me, will bring on a flood of positive Thanksgiving dessert memories. 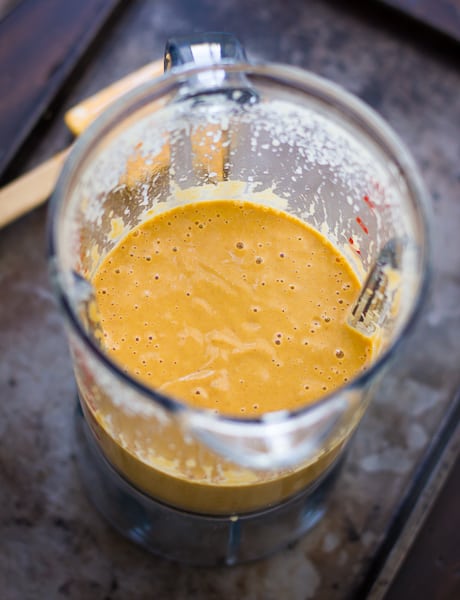 I doubt that anyone would suspect this dessert of being free from dairy, gluten, eggs, and refined sugars. Thanks
to modern appliances, the filling is silky smooth – light and dense at
the same time, like a good cheesecake or a thick whipped cream. 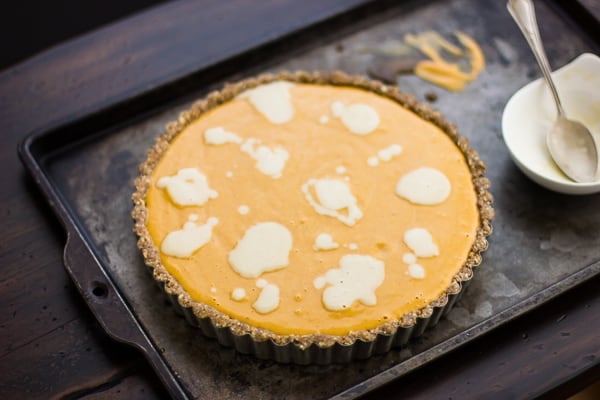 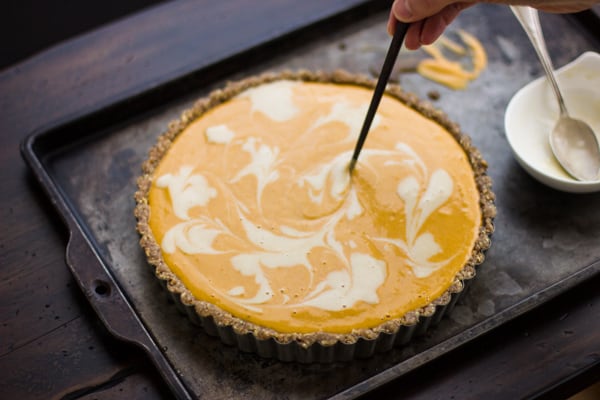 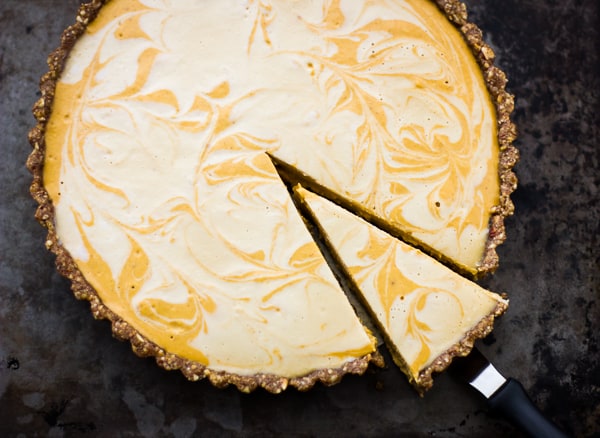 A few things worth mentioning: Cafe Gratitude's original recipe calls for raw, grated pumpkin, but I prefer to roast and puree my own butternut squash, as butternuts tend to have more consistent flavor, and the thought of eating raw squash gives me the willies. I've given directions on how to do this in the headnote below. If you're not already a squash puree-maker, know that the process is simple. Most of the time is hands-off while the squash bakes and then cools, and extra puree can be refrigerated or frozen for future use. 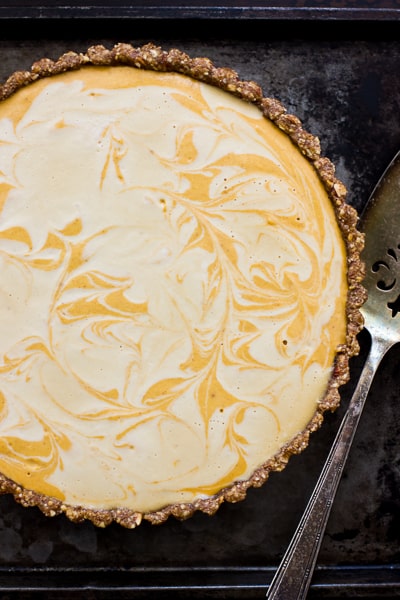 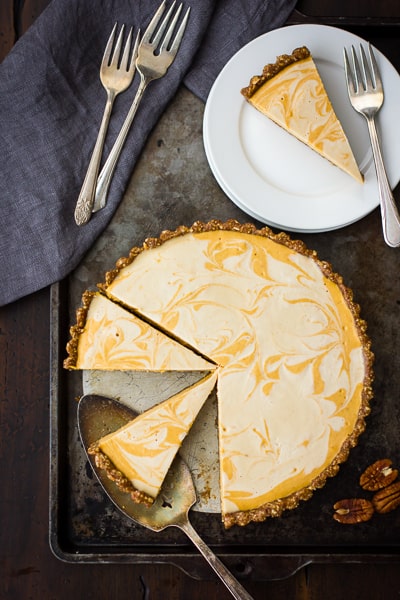 Also, for this kind of dessert, it's important not to over-process the filling once the coconut oil has been added, since this can cause the coconut oil to solidify into tiny, white speckles. If this happens, the dessert will still taste fine, but it will look grainy and curdled rather than silky smooth. To avoid this fate, work quickly once you've added the oil, and blend just enough to combine. I like to stir together the squash puree, carrot juice, and spices separately to minimize the blending time. 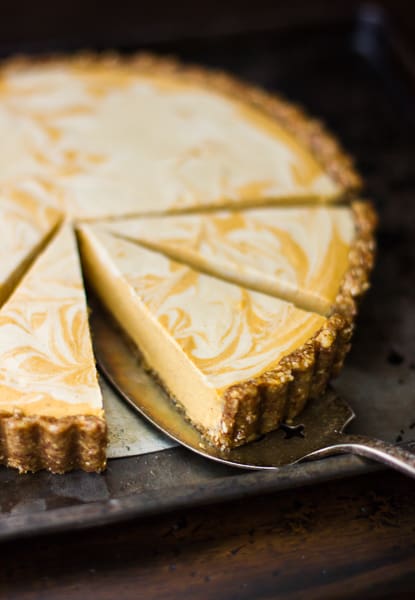 Jay insists that this is the best dessert he's had in a long time, though he admits that his nostalgic soft spot for pumpkin desserts may have something to do with it. Clearly, the way to a man's heart is through his pumpkin dessert stomach. 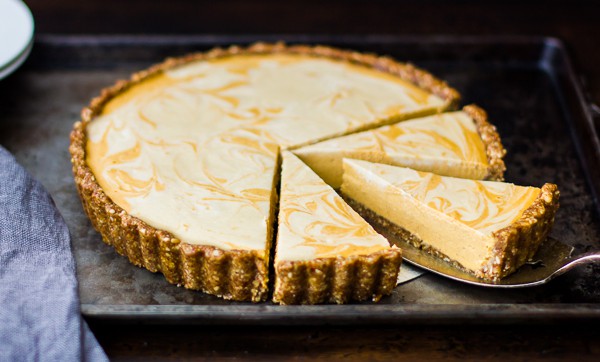 And though the way to mine may be through a workhorse of a kitchen appliance, I still wouldn't turn my nose up at a bouquet of tulips or two.. 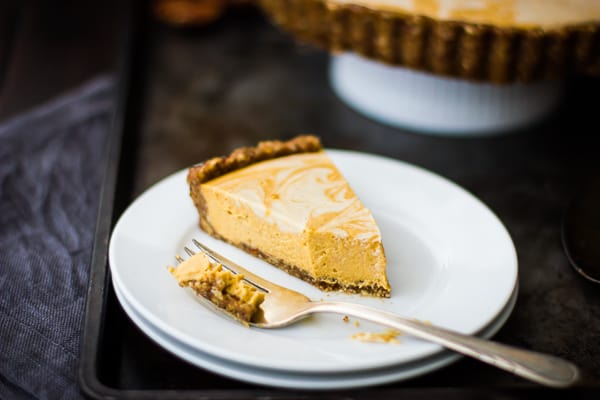 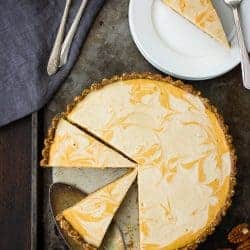 To make your own squash puree: I use homemade butternut squash puree in the filling, as the flavor is more clean and fresh than the canned stuff. To make butternut puree, cut a butternut squash (or other winter squash) in half lengthwise. Leave the seeds in (they're easier to scrape out post-baking) and place the squash halves cut-side down on a rimmed baking sheet. Bake at 350ºF until the squash is soft and collapsing, about 45 minutes. Let cool enough to handle, scrape out the strings and seeds and discard. Scrape out the flesh, discarding the skin, and puree in a blender or food processor until silky smooth. The puree will keep in the fridge for up to several days, or it can be frozen for future uses.  This recipe has several steps – making the squash puree, soaking the cashews, toasting and cooling the nuts (optional), and chilling the assembled tart for several hours – so you'll want to begin this project a day ahead or early in the day. The tart keeps well airtight and refrigerated for three or four days, and the flavor only improves. It can also be wrapped snugly and frozen; defrost before serving. I prefer the flavor of lightly toasted nuts in the crust, though if you prefer to go raw, or are short on time, you can skip this step. To toast the nuts, place the pecans and almonds on a smallish, rimmed baking sheet and toast in a 325ºF oven or toaster oven until fragrant and slightly darkened. Do make sure they're completely cool before proceeding, lest you end up with steamy nut butter. All ounce measurements are by weight. Nutritional values are based on one of eight servings.