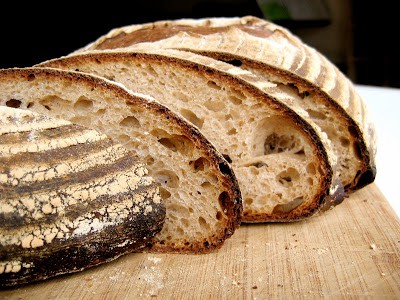 There was a time when I didn't like beer. Actually, there were many times. The first that I remember was at a family party at my grandparents' house, when my cousin and I must have pilfered a can from the ice chest and gone for a walk to try it. Though we reveled in Maneschewitz at Passover, a sip of beer left me baffled as to how anyone could drink something so vile. 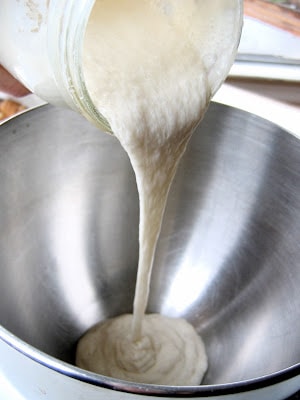 I held to this notion until I traveled to Italy with my best friend, who shocked me one night when she ordered a beer with her pizza. By way of explanation, she said simply, 'I like beer.' 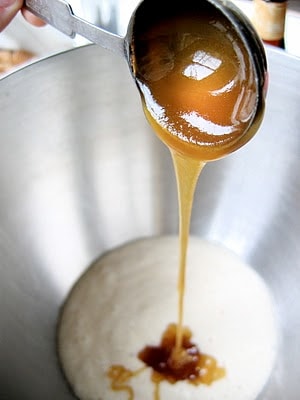 Since my friend has impeccable taste, I gave beer another chance, and decided that light beers, namely Coronas and Pacificos, were ok, so long as you had a lime wedge to shove in the bottle and something cheesy and greasy to chase them with.

Then I met Jay, a true cerevisaphile, and everything changed. (And not just because I didn't have to do thedishesanymore.) 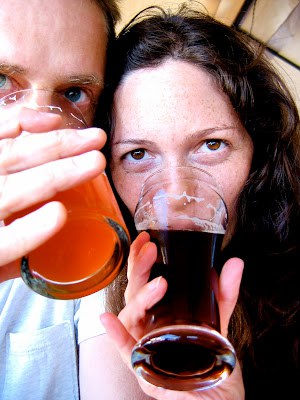 The Doc and I at Boundary Bay Brewery in Bellingham, Washington

But most importantly, there was Anchor Steam. 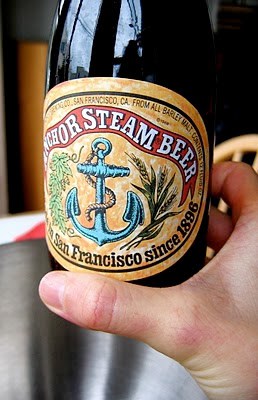 I'd seen the blue, red and gold label many times and thought nothing of it, until I moved in with Jay a mere 5 blocks from where the magic happens. When I walk outside in the morning (or afternoon, mostly), I can often smell the malty aroma of the cooking barley, or 'mash,' wafting on the breeze. Few bojon activities rate as high as the free tours of the beautiful brewery, which culminate in a sunny taproom with tastings of their various brews. I love Liberty Ale, a gently hopped IPA of sorts; and the Bock, with it's goaty label. Summer ale refreshes on a hot day, and even the porter is quaffably smooth. 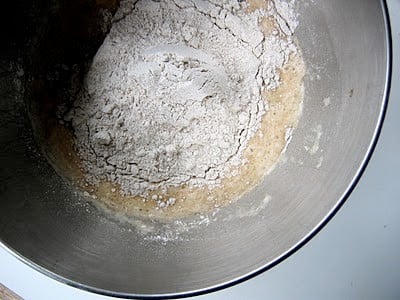 But nothing beats their Steam beer (you'll have to take the tour to find out why it's called that), an expertly balanced lager that goes with anything, any time. The little gold dress of beers, if you will. 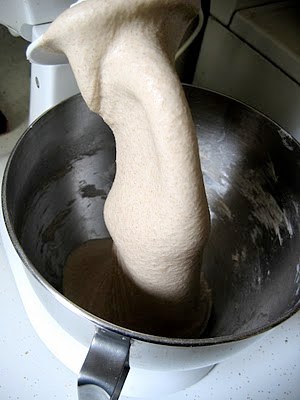 When I began baking with sourdough several years ago, I liked to think that the coveted yeasts from the Anchor brewery had found their way into my kitchen and lent their good juju to my loaves. (In fact, I still like to think that.) 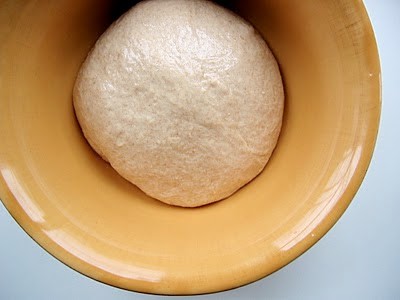 My starter had been sitting in the fridge for months and months, patiently waiting to be revivified. When I saw this handsome, beer-based loaf on CakeWalk, via YeastSpotting, I immediately removed my starter from the fridge, poured off the gray liquid sitting on top, and began nourishing it for baking. I made somemulti-grain pancakes and brownies, and then it was time. 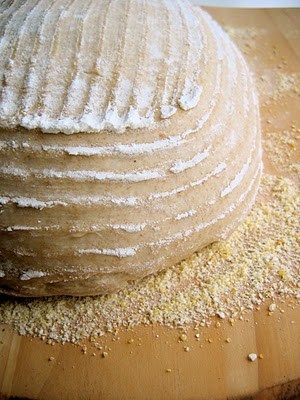 I altered mysourdough country boule recipe, decreasing the starter and using Anchor Steam in place of the water. I added a touch of honey, and the bread baked up intensely flavorful; not tasting of beer, but with a malty depth of flavor. The bread was denser than I wanted, however, probably from adding too much flour and not kneading the dough enough. 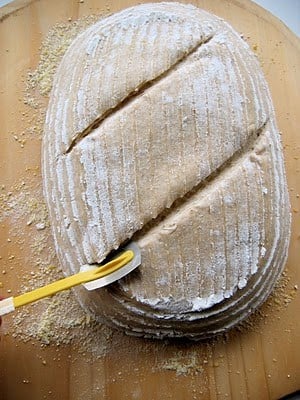 Inspired by Cheeseboard's Sourdough Beer Rye, I decided to try this loaf with rye flour in place of whole wheat, so I made a second one, this time kneading the dough in the stand mixer so that it could remain wetter. The dough was stickier than I was used to, but I wrestled it into a banneton dusted heavily with flour (it still stuck). When I turned it out onto a cornmeal-dusted peel, it was so wobbly that I feared it would 'sploosh' into a flat, ugly loaf in the oven. 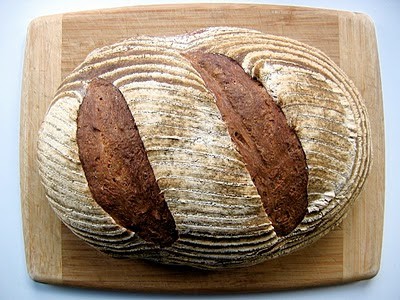 But the loaf defied me, and baked up into one of the nicest breads of this sort I have ever made. The crust was deep mahogany, almost black (and next time, I would decrease the oven temperature after 15 minutes rather than 20), and the interior was soft and chewy, with large, irregular holes. The bread makes excellent sandwiches, spread with Sierra Nevada mustard and layered with sharp cheddar, avocado and sprouts. 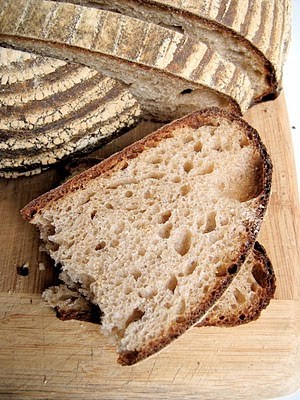 And of course, nothing washes down a sandwich quite like a cold glass of Anchor Steam beer. 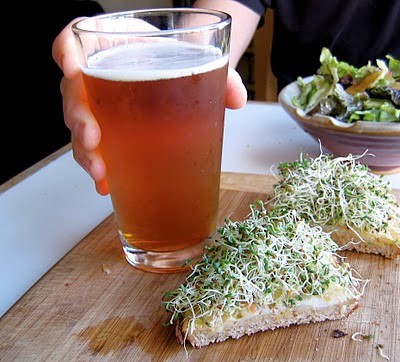 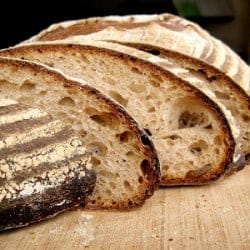 Mix and knead the dough:

Shaping the dough and the second rise:

Prepare the oven and bake the bread:

Timeline:
refresh starter four hours before beginning recipe
mix, knead and autolyse dough, 1 hour
first rise, 3 - 4 hours (or overnight in fridge)
shape dough, 10 minutes
second rise, 1 1/2 - 2 hours
bake, 45 minutes
cool loaf, 1 - 2 hours A few notes: I used Anchor Steam lager for this bread, but you could probably use any beer that you like the taste of (though I would stay away from anything ultra-hoppy).Having your beer at room temp will help the bread rise faster than cold beer. If you forget to leave your beer out to warm, place the unopened bottle in a container of warm water for 20 minutes or so to take off the chill. You can order fresh sourdough starter here. (If you live in the Bay Area, I'm happy to give you some of mine!) In order to raise bread, your starter has to be refreshed, full of bubbles and vigor. If your starter isn't doubling within four or five hours when you feed it, it will not be strong enough to raise bread. If it isn't, don't despair; bake some sourdough crackers, pancakes or pie dough and give the starter another feeding or two until it's ready. I keep my starter rather thick and almost gloppy, the consistency of a very thick pancake batter; if yours is thinner, you will need to add more flour to the dough. I like to weigh my starter, as it is extremely sticky to put it in a measuring cup and then try to scrape out. You also get a much more accurate amount, since the bubbles will drastically effect the volume, by a factor of two or three even.

This recipe assumes you have the following accoutrements: Nutritional values are based on one of twelve servings. 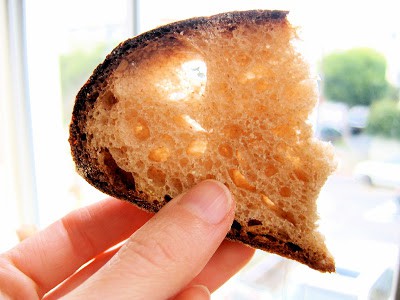