The French classic gets a kick in the pants from spiced dulce de leche kissed with rum and a super-flaky alternative flour crust. 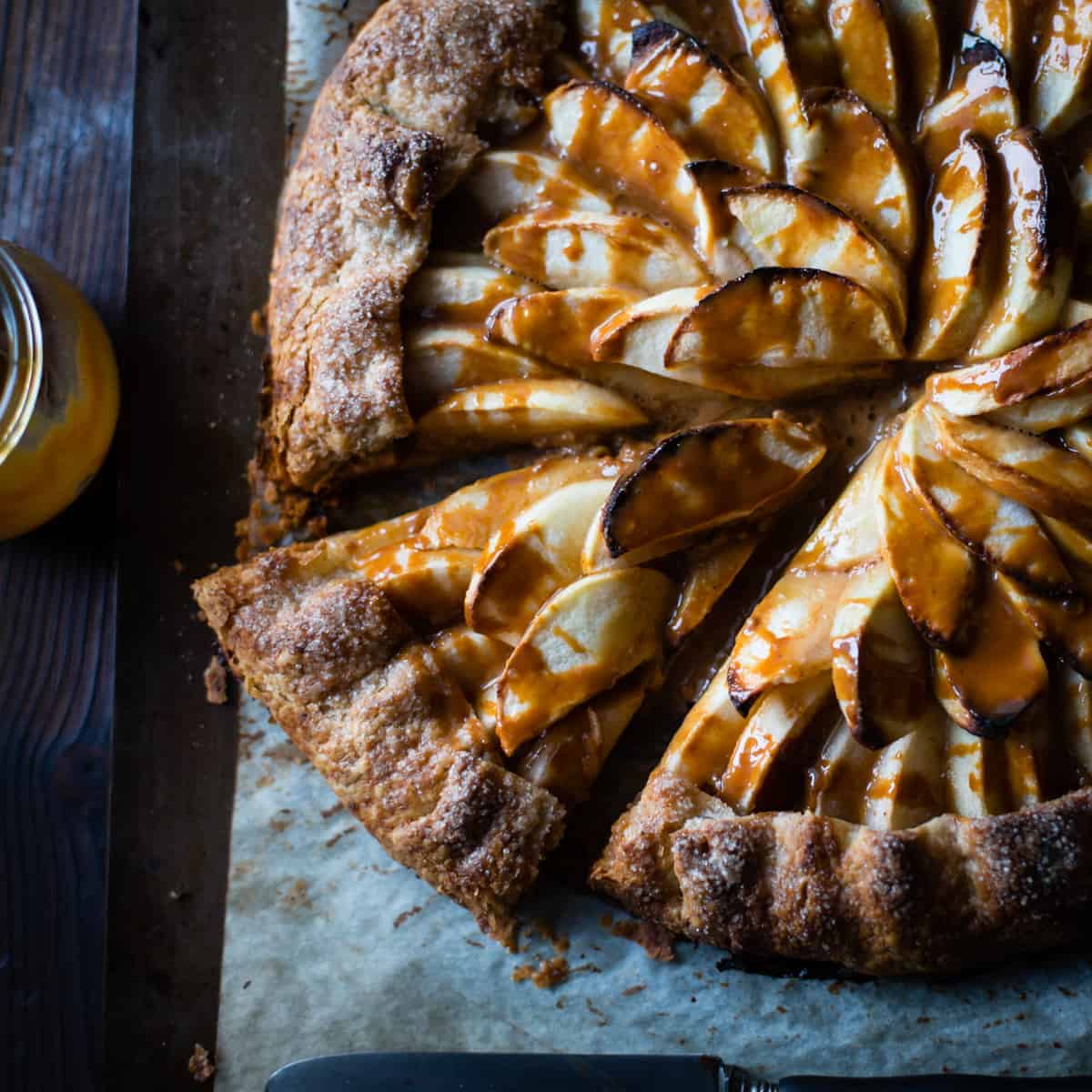 It's hard to believe Thanksgiving is right around the corner. And on the other hand, it's been Thanksgiving for months in the Bojon kitchen as Sarah and I have been styling holiday shoots. There have been roasted potatoes, potato gratin, sweet potatoes, more sweet potatoes, sides, stuffing stuffing and more stuffing, pies pies pies, and other festive desserts. It's been a delicious, if decadent, couple of months. 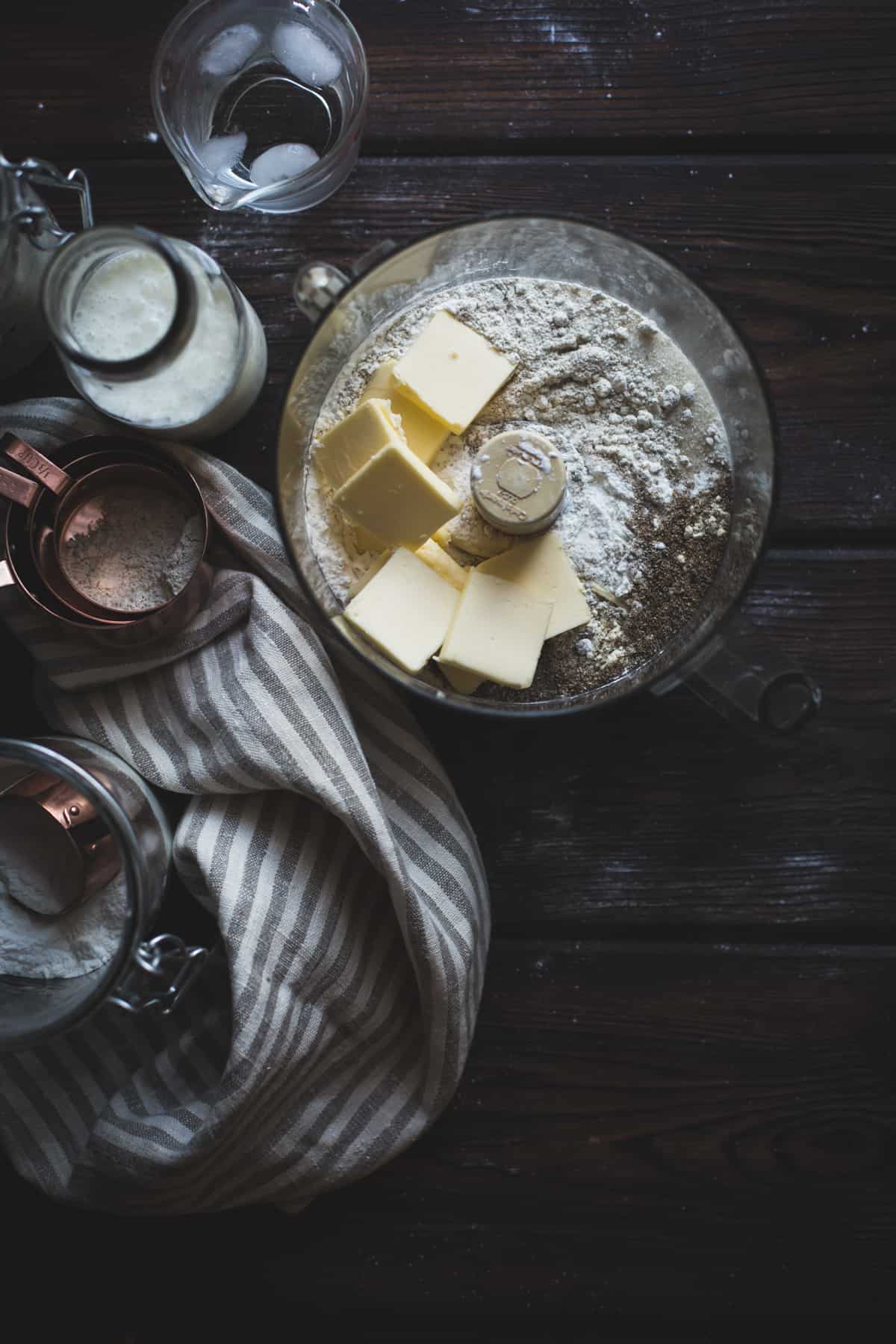 With all of the baking going on in these parts, I hadn't yet gotten around to using up a jar of dulce de leche a friend brought me from Argentina earlier this year. In a rare moment of having no sweets in the house, I whipped up this galette to bring to a little Friendsgiving gathering at my upstairs neighbors'. 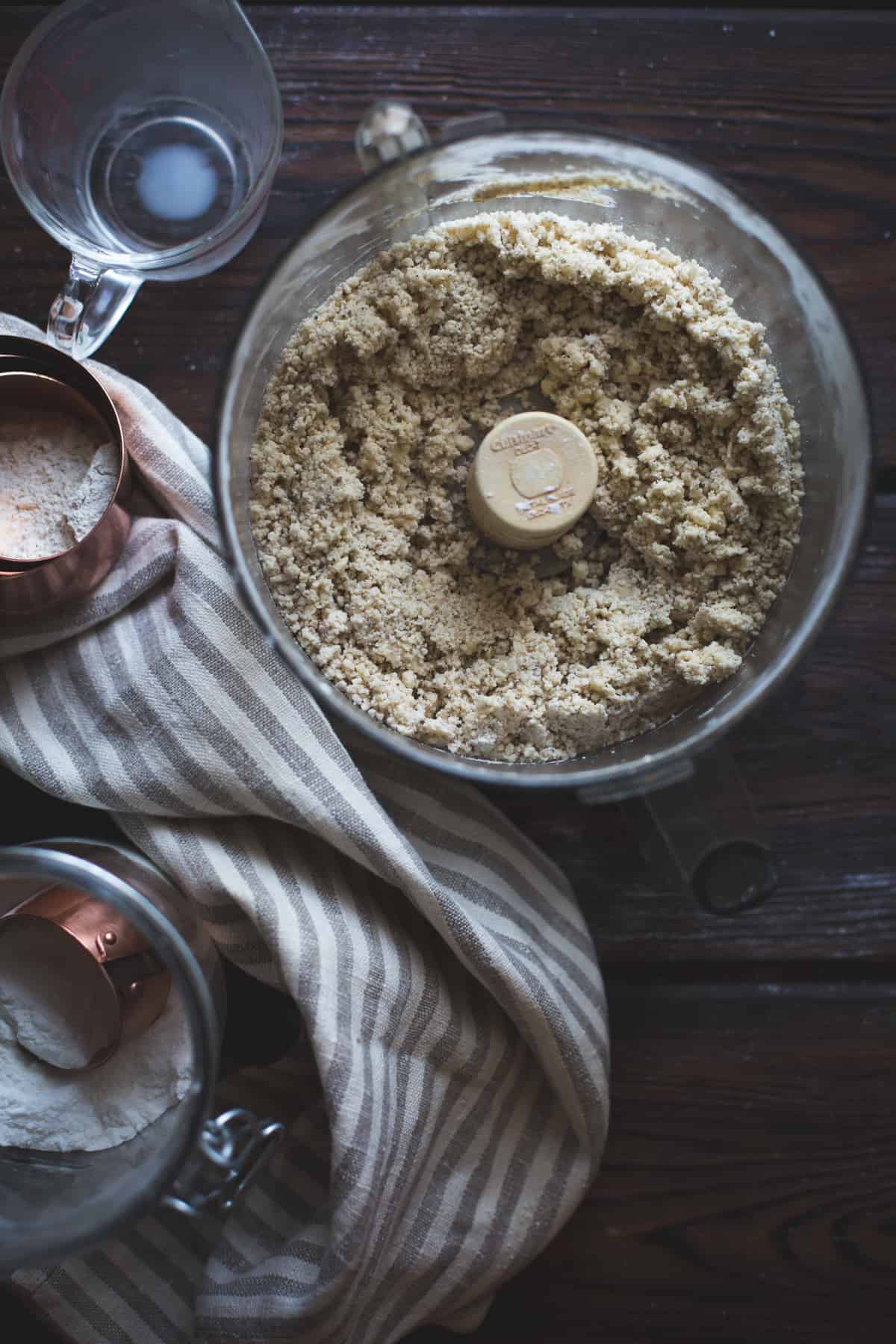 At least, I hoped it would be friendly. I was a bit hesitant about this get together as I've rarely exchanged words with these neighbors except in the following instances: 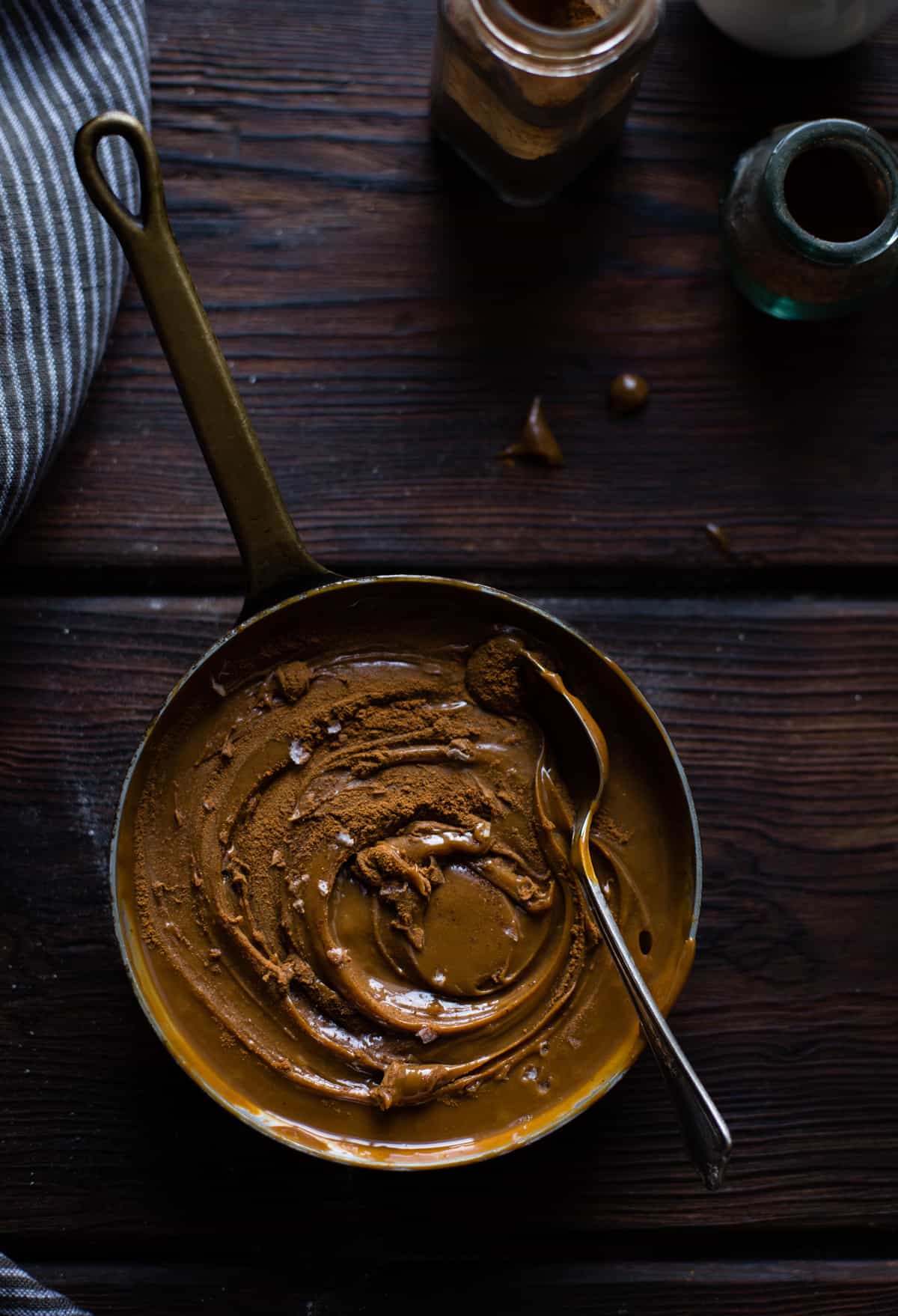 I'm sure all of our neighbors are privy to our occasional outbursts, and probably worse. Our building is old, with no soundproofing, and we can hear our neighbors above and below us if they sneeze or laugh. I shudder to think what they hear from us; they probably think we're these people. 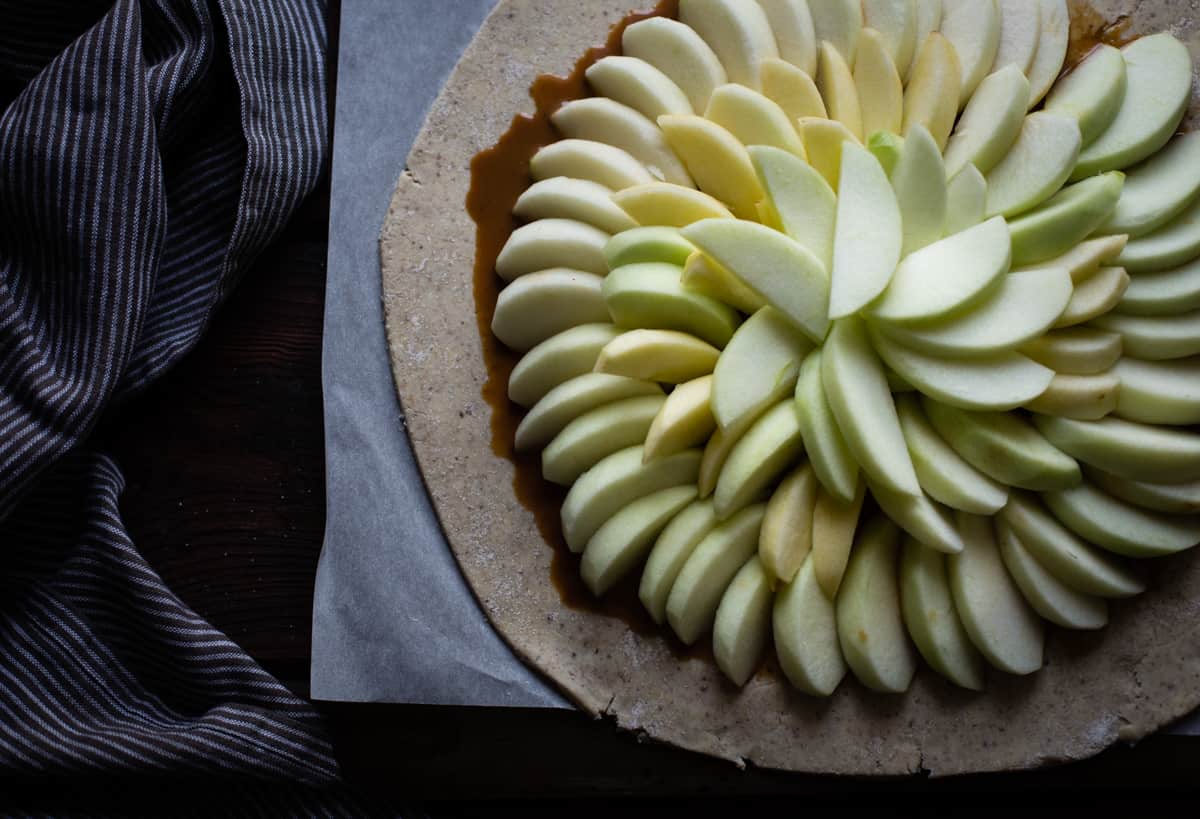 Expecting a bit of awkwardness, I came armed with:

I hoped that these offerings would say, "I'm sorry I lose my shit sometimes and that you probably fear me. BTW, can you feed my cat when we're away next week? Also, what do you drop on our ceiling every morning that sounds like a bowling ball?" 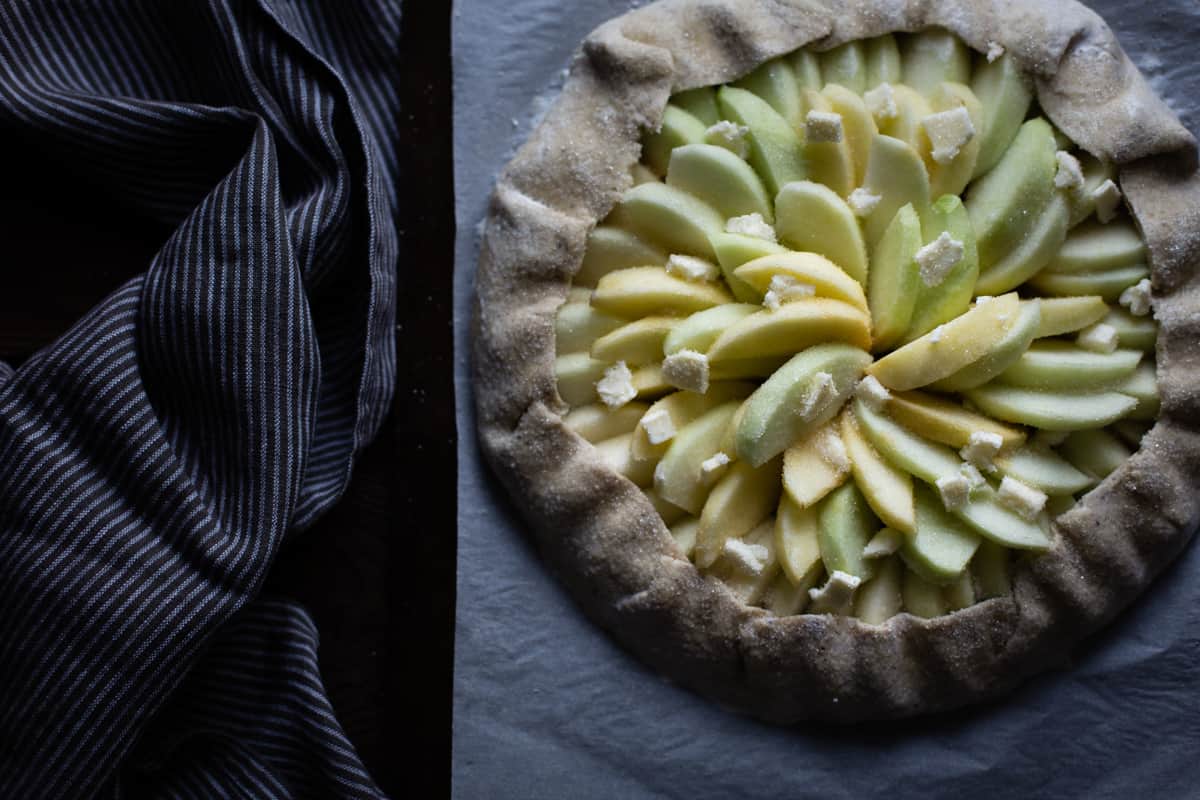 But when I walked through the door, I was greeted with a warm welcome from all, offered a glass of wine and a plate of food, and treated to a gossip session about all the (other) wacky neighbors which made me feel as though I lived in Stars Hollow rather than the middle of an overcrowded city with scary-high rent. 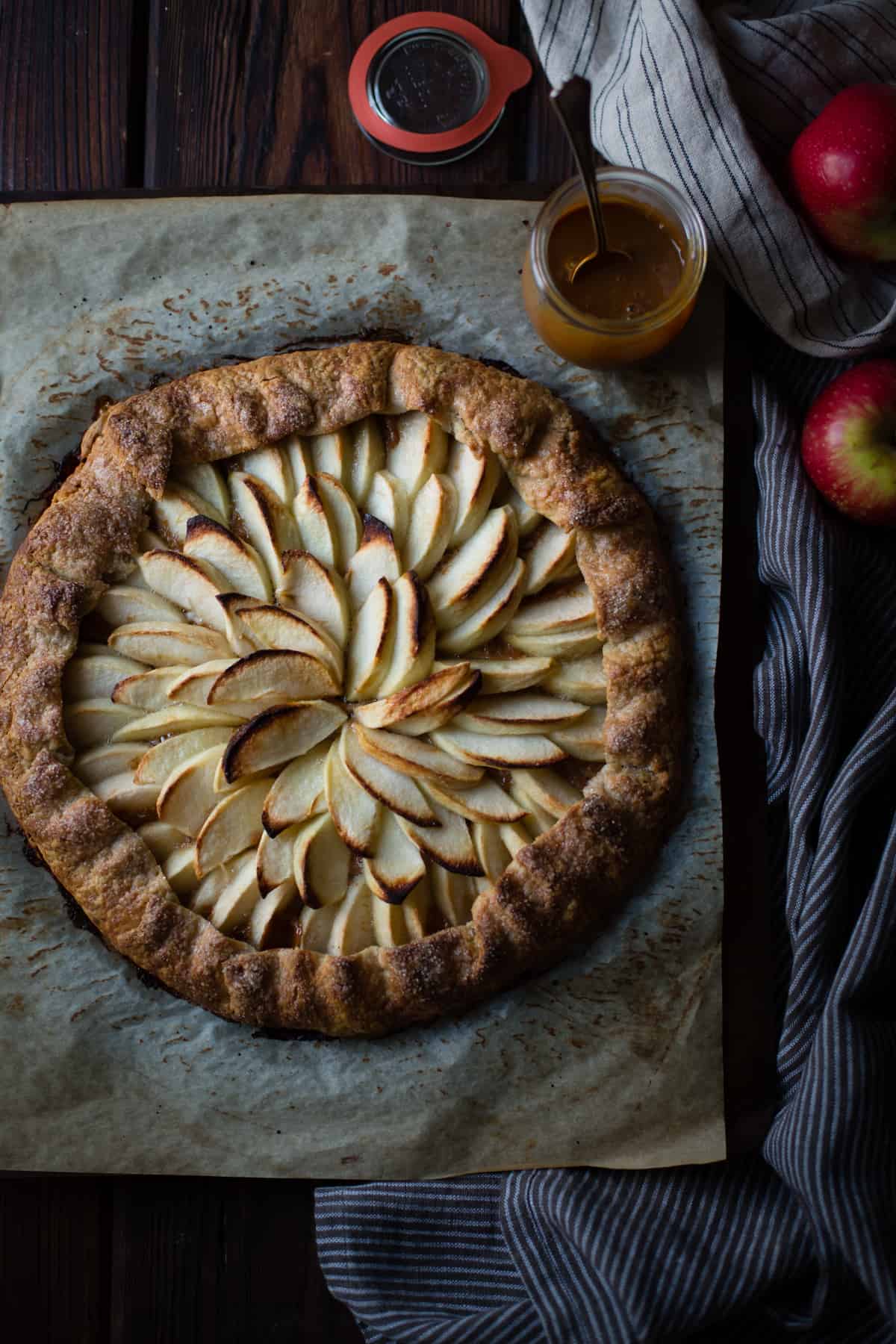 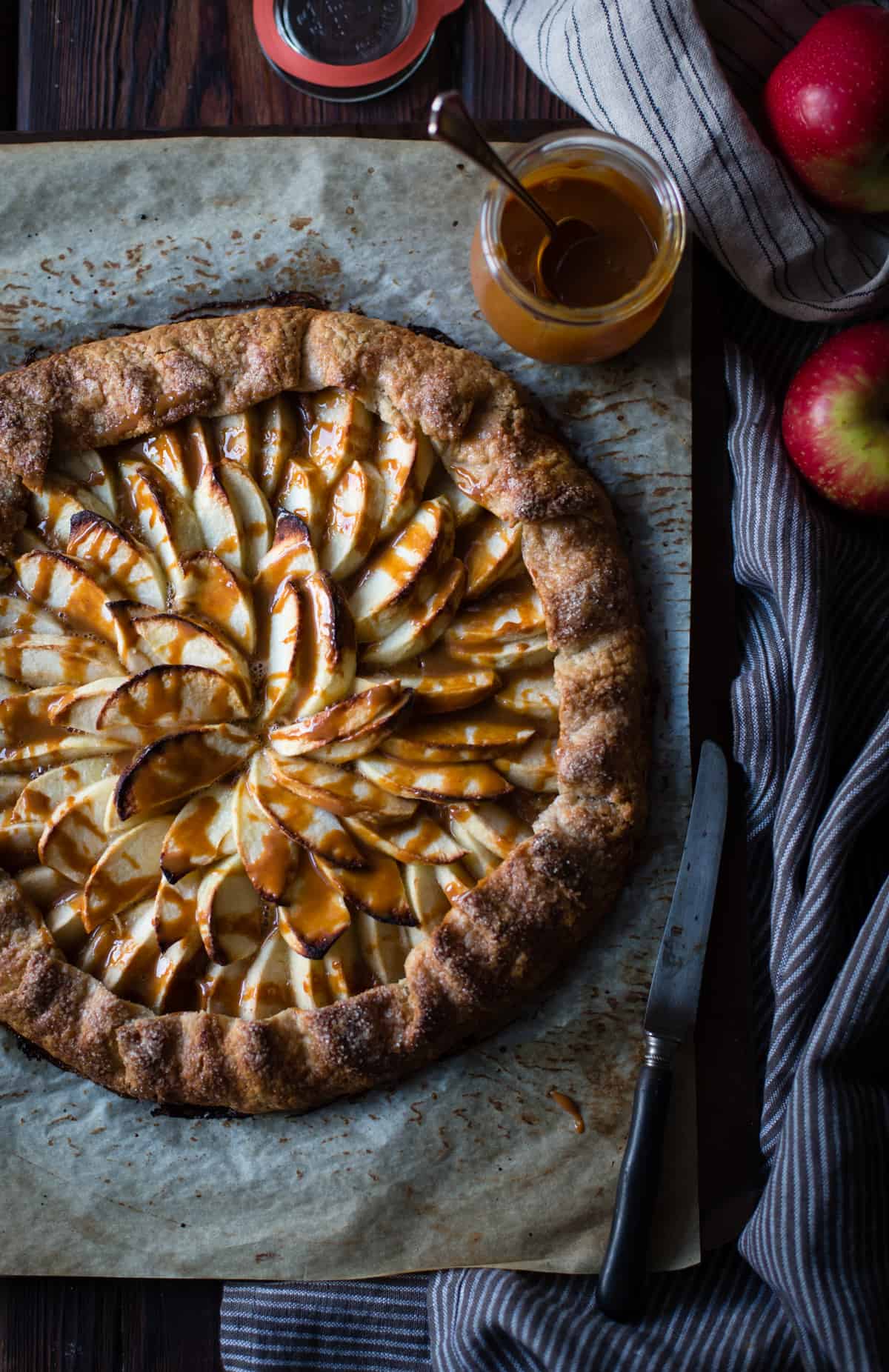 As for the galette, though it didn't win me a free cat-sitter or solve the mystery of the loud bowling balls, it was well-loved. The crust was crisp and flaky, the apples al dente and sheathed in dulce de leche enhanced with cinnamon, chipotle, rum, and flaky salt, all topped with a plume of whipped cream. 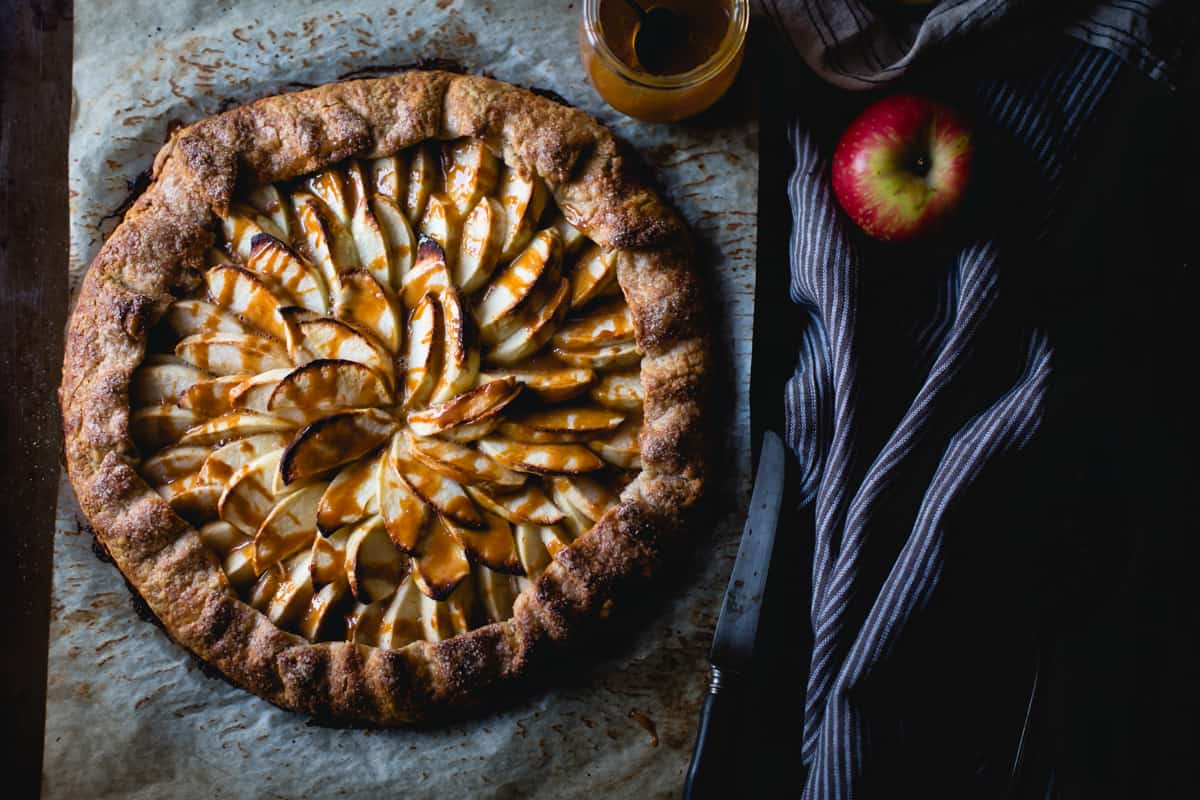 This tart looks fancy but it's actually way easier than making a pie. Just stir some flavorings into store-bought dulce de leche, spread it on a round of pie dough – store-bought is fine, or you can get fancy and make my gluten-free version, which I've streamlined to work in a food processor. Cover with sliced apples and bake. When it's ready, slather it with more dulce de leche and serve. 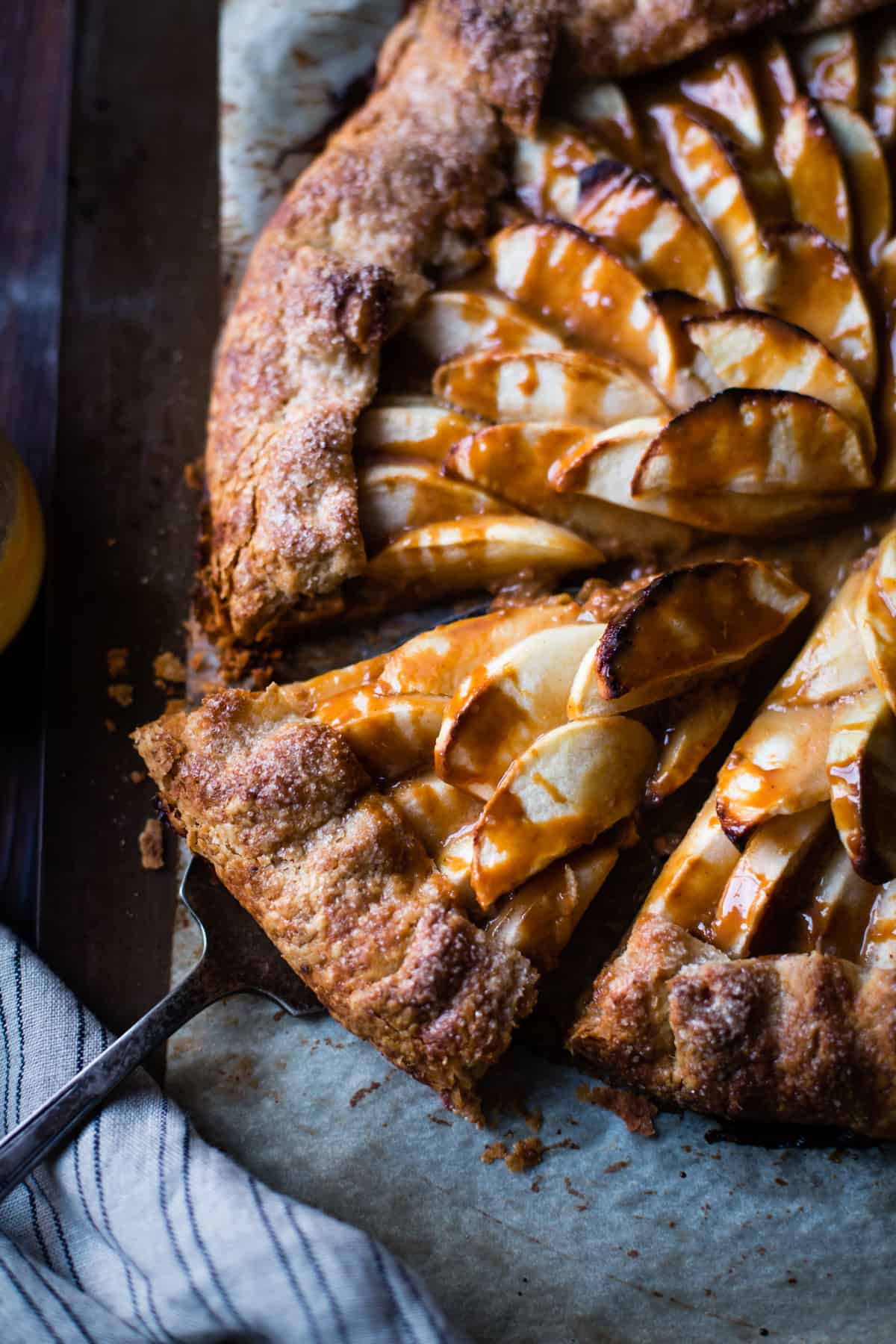 And if you're looking for another quick Thanksgiving dessert recipe, I've got my eye on Sarah's latest creation. Now if only she were my neighbor... 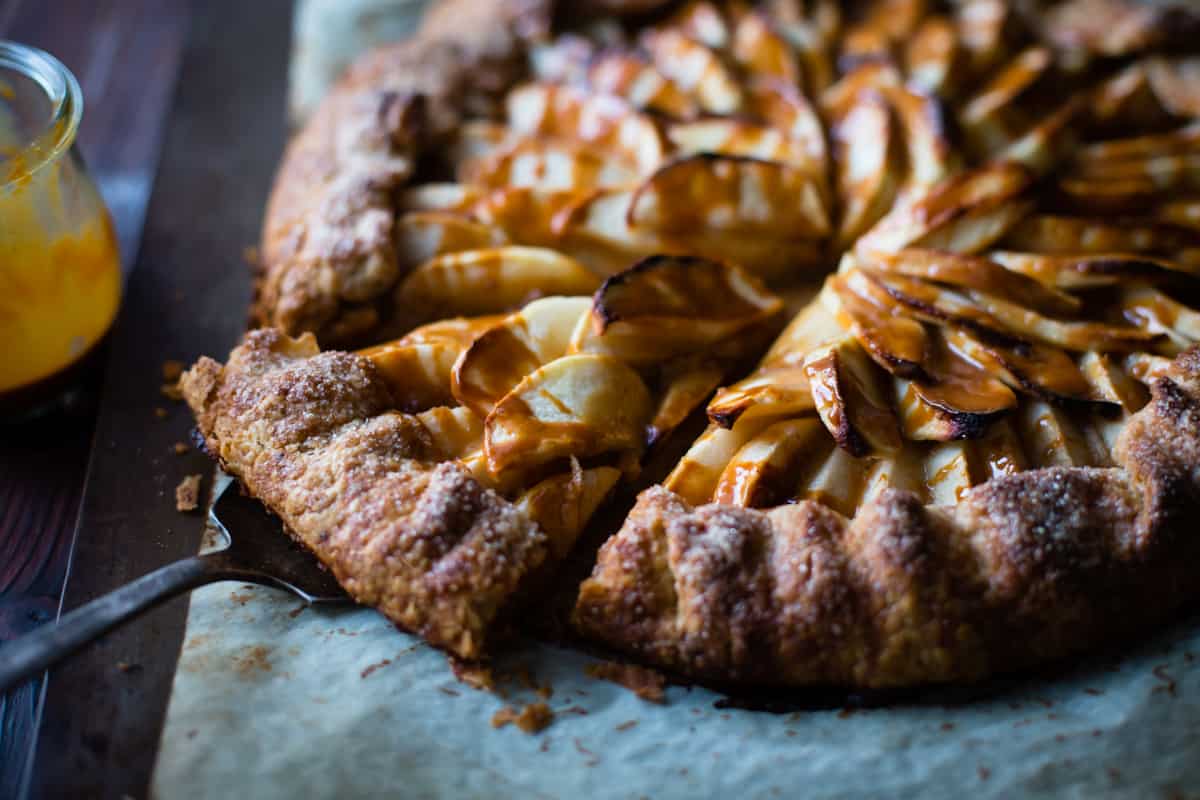 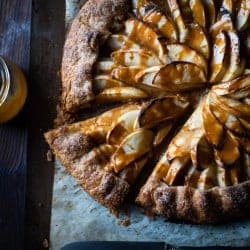 Nutritional values are based on one of ten servings. 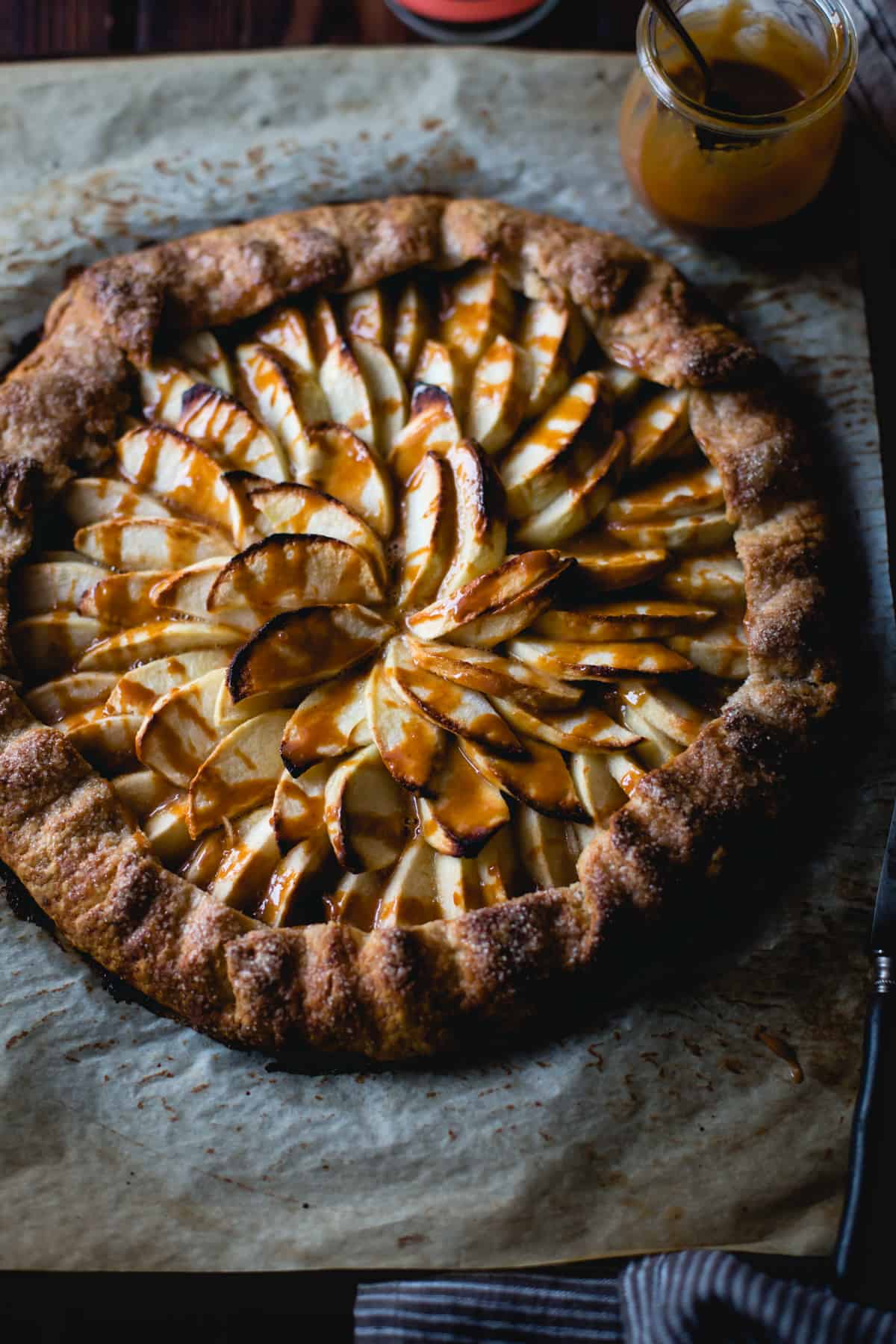