This wholesome take on Rice Krispies Treats gets sweetness from coconut nectar, chewy gooeyness from almond butter, and a host of goodness from hemp seeds, cacao nibs, and superfood chocolate. A gluten-free, vegan, and refined sugar-free recipe that still tastes like a treat. 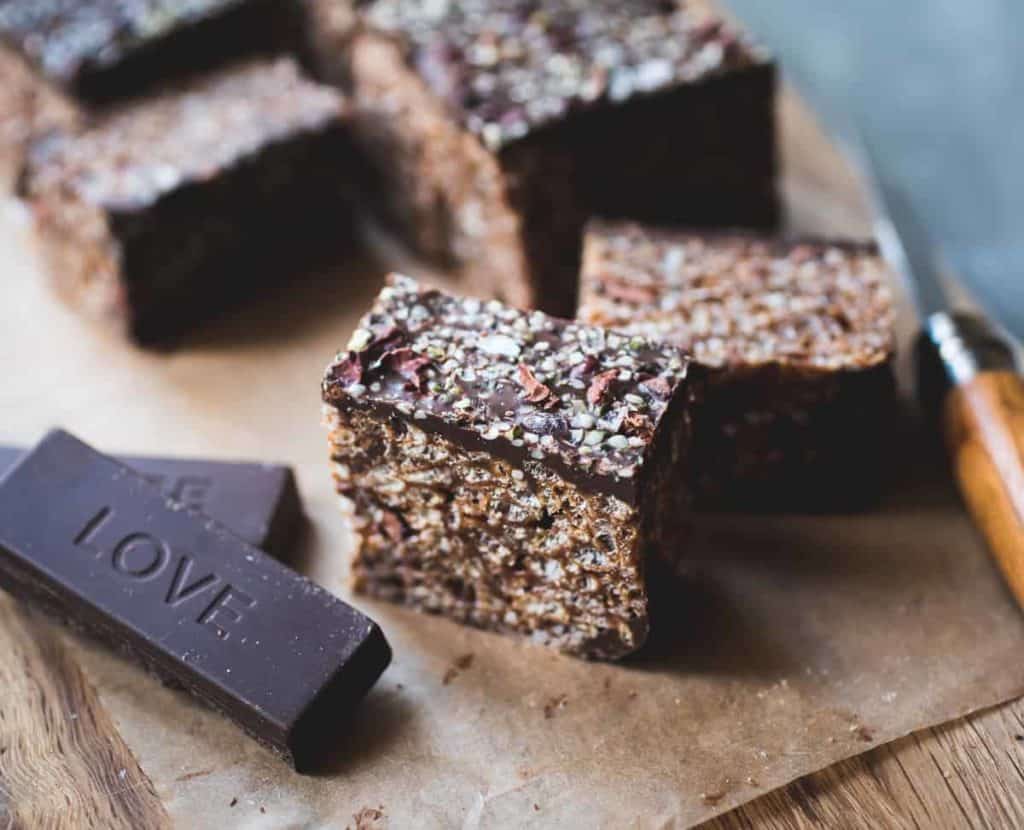 The first job I had upon moving to San Francisco was at a gluten-free wholesale bakery. The communal kitchen where the bakery operated was home to several other businesses: caterers, bakers, and charcuterie-makers, to name a few. My predecessor at the bakery, Megan, was an artist who still lived in the neighborhood, and one day she came by the kitchen to work on her latest project: a giant Rice Krispies Treat which she would shellack and mount on the wall. 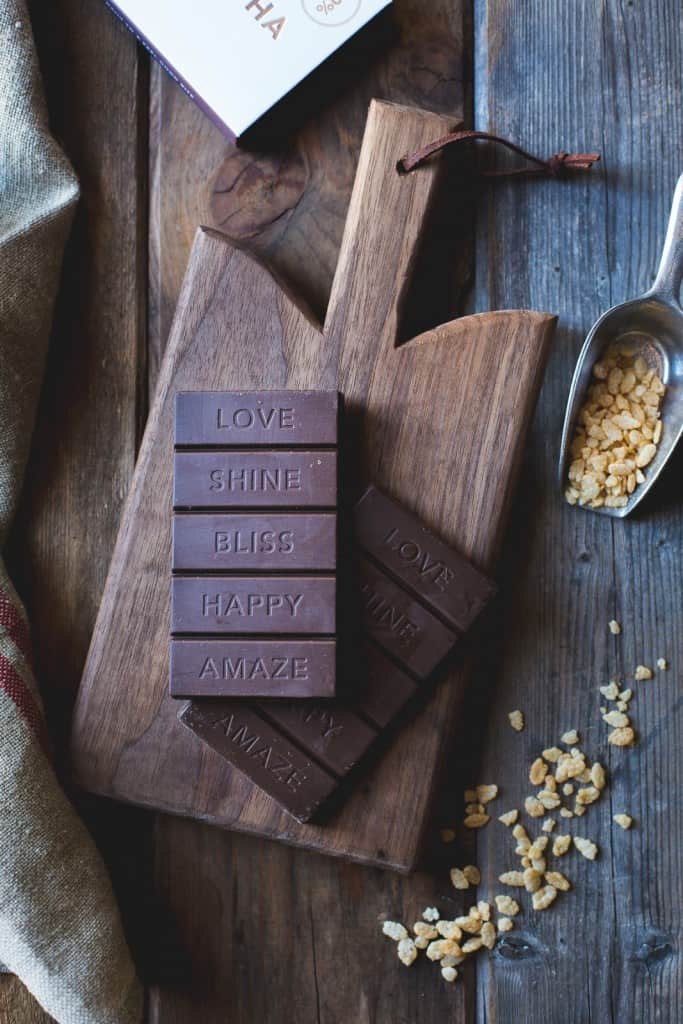 Sadly, my shift ended before I got to see her creation, but I was left with a hunger for the infamous cereal bars of my childhood. Even more sad was the fact that I now eschewed marshmallows. The craving didn't fade, and eventually, five years ago, I took a stab at a marshmallow-less (and slightly healthier) version of the bars made with almond butter, chocolate, coconut oil, and a combination of brown rice and maple syrups. I used organic brown rice crisps and topped them with chocolate ganache, and I made them vegan and gluten-free. 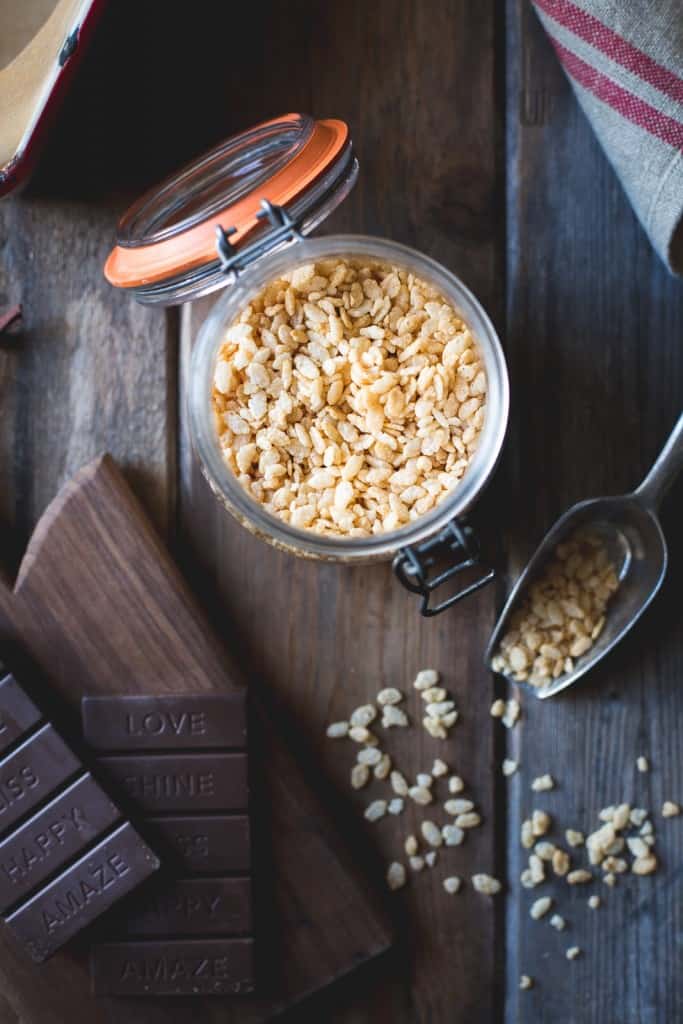 I called them Hippie Crispies. 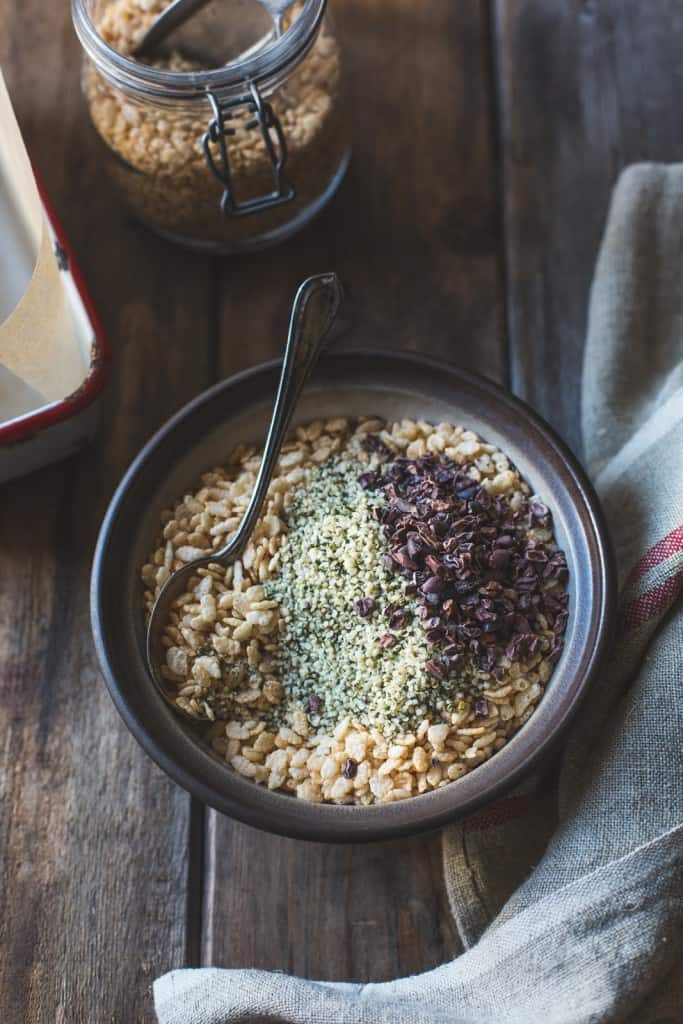 The hippie crispies developed a bit of a cult following. They were named a Community Pick on Food52 when I entered them in a cereal contest. Bonafide hippies flocked to them in droves when we made them, summer after summer, at a music camp in the Mendocino Woodlands. They traveled to Tasmania where food blogger Dearna of To Her Coremakes them with puffed amaranth. And whenever I'm asked to bring a vegan sweet to a party or gathering, I whip up a batch or two and watch the hoards gather 'round. 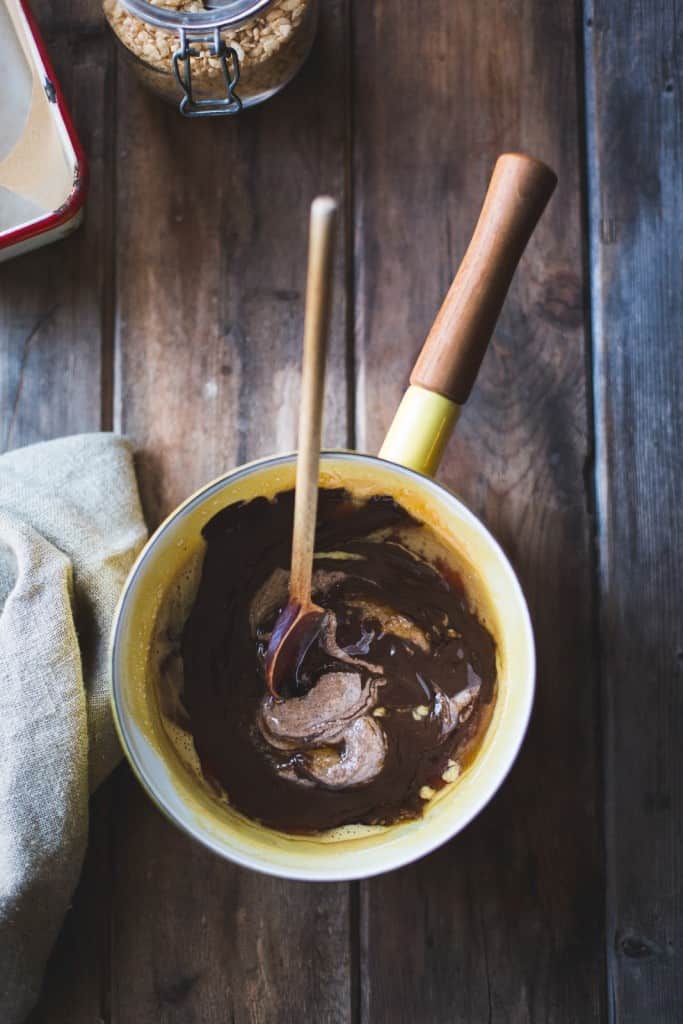 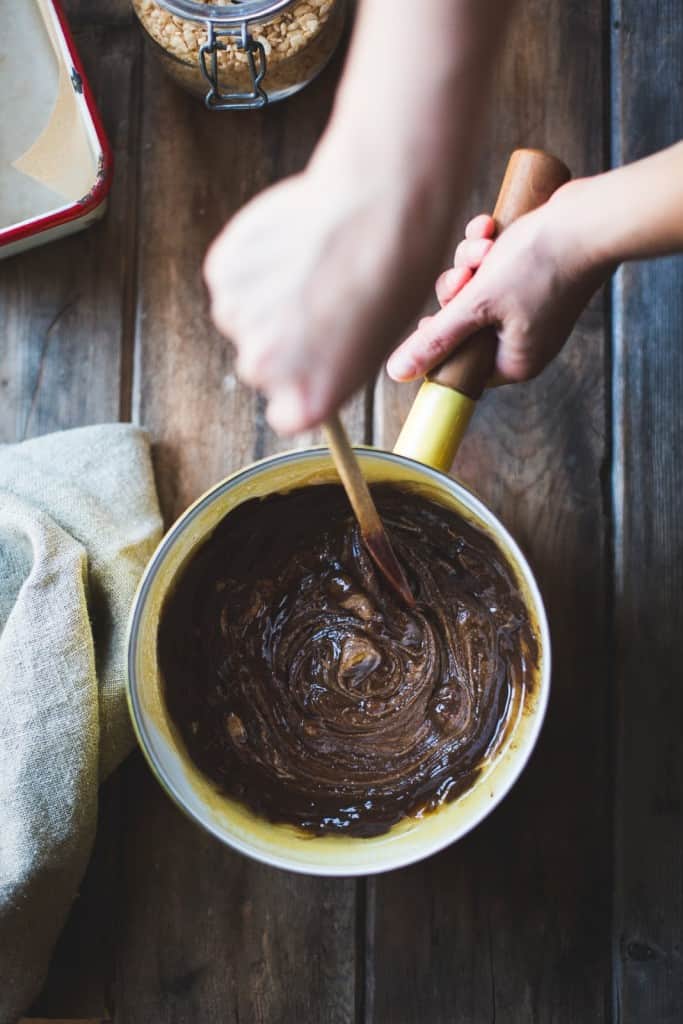 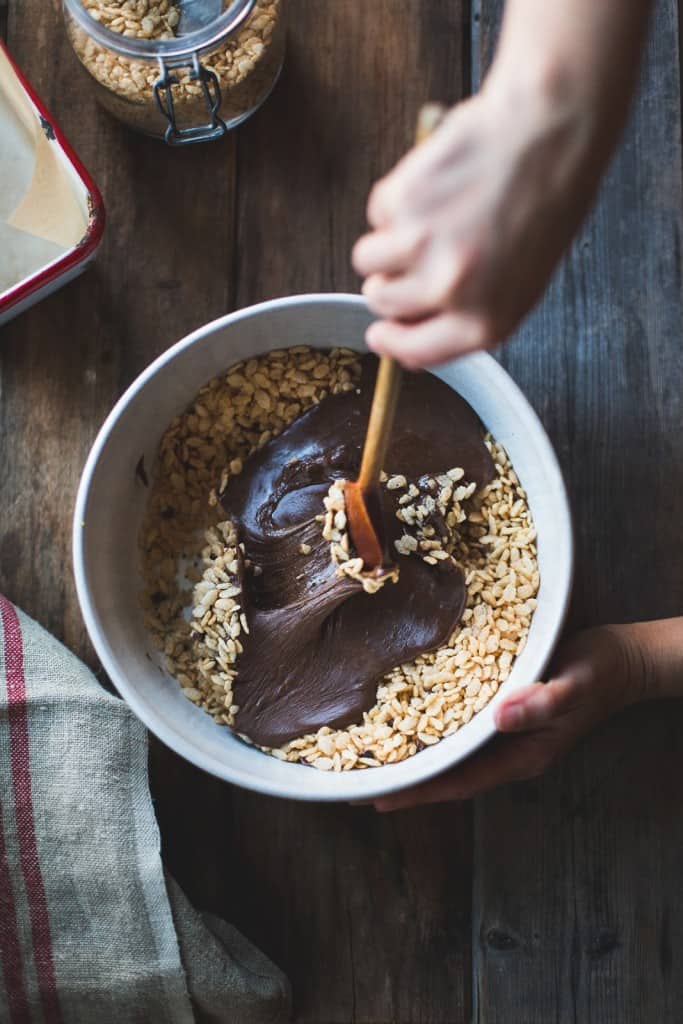 When Aloha asked me to feature their superfood chocolate in a recipe, I knew it was time to revisit the hippie crispies. Aloha chocolate is sweetened with coconut sugar, which gives it a warm flavor, and it's packed with antioxidant-rich foods like spinach, spirulina, coconut, cashews, and raspberries. You might think that all of this stuff in your chocolate would be unpleasant, but their superfood mix is so powder-fine as to be undetectable; it just tastes like really rad chocolate. The texture is softer than regular chocolate, giving it an extra-creamy melt. I found it difficult to go back to regular chocolate after the Aloha experience, and had to exert extreme amounts of willpower to save enough for the recipe. 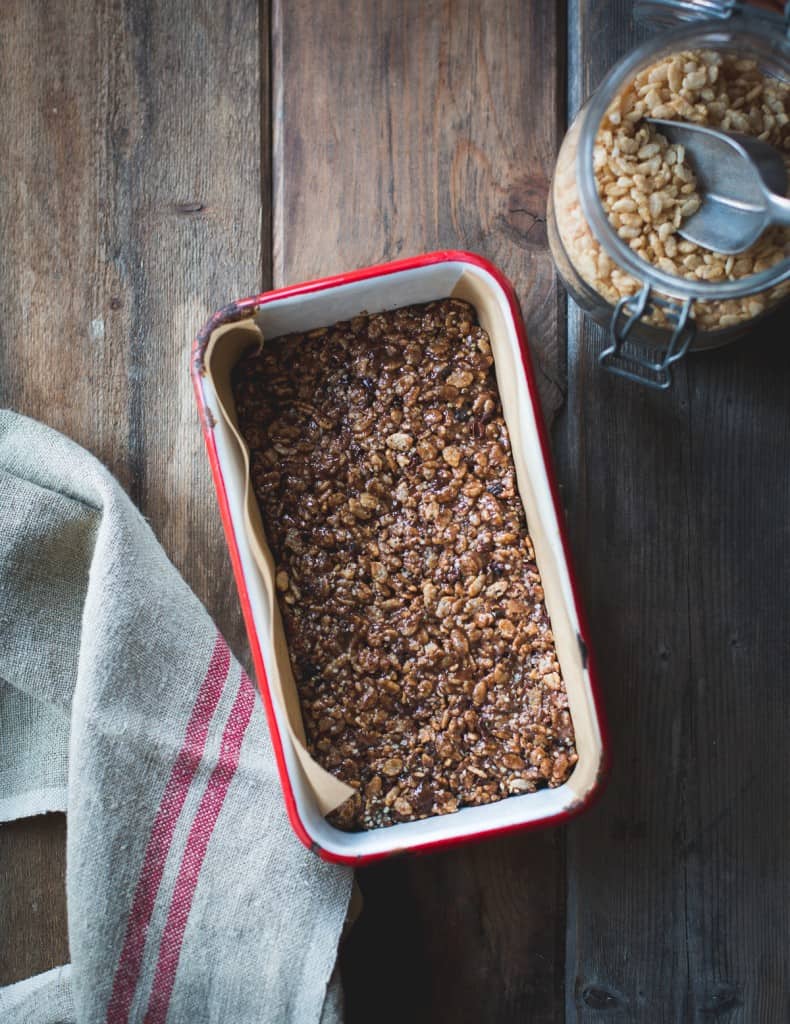 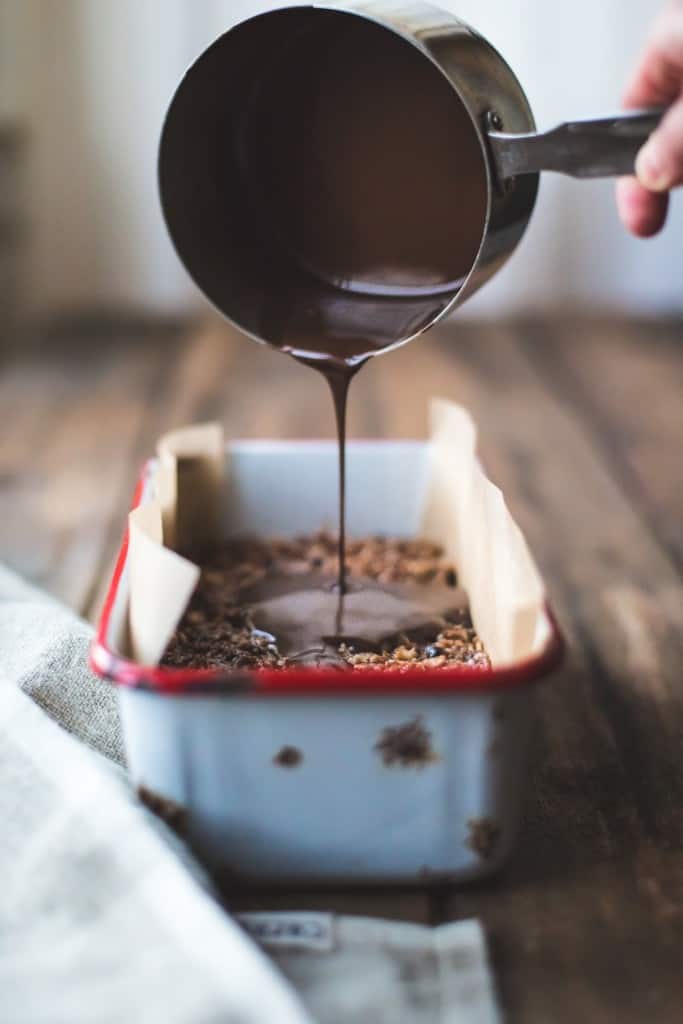 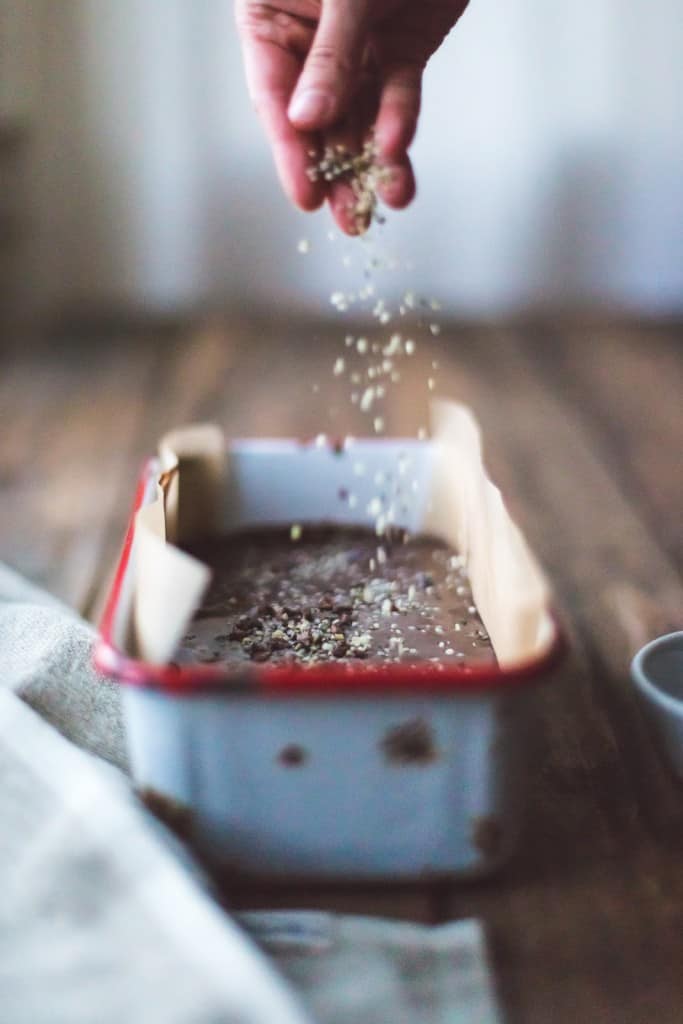 But as luck would have it, I did, because when gently melted with almond butter, coconut oil and coconut nectar, it forms the base for these addictive bars. I added hemp seeds and cacao nibs, and topped the bars with extra Aloha chocolate. A quick chill to set the chocolate, and the bars are ready to be cut and devoured. 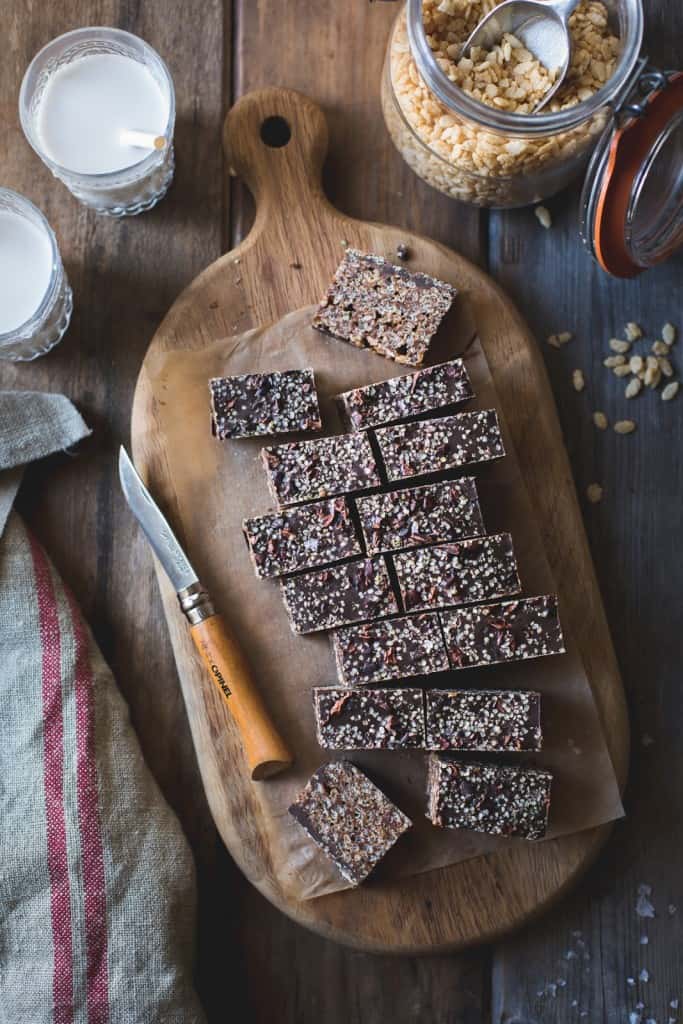 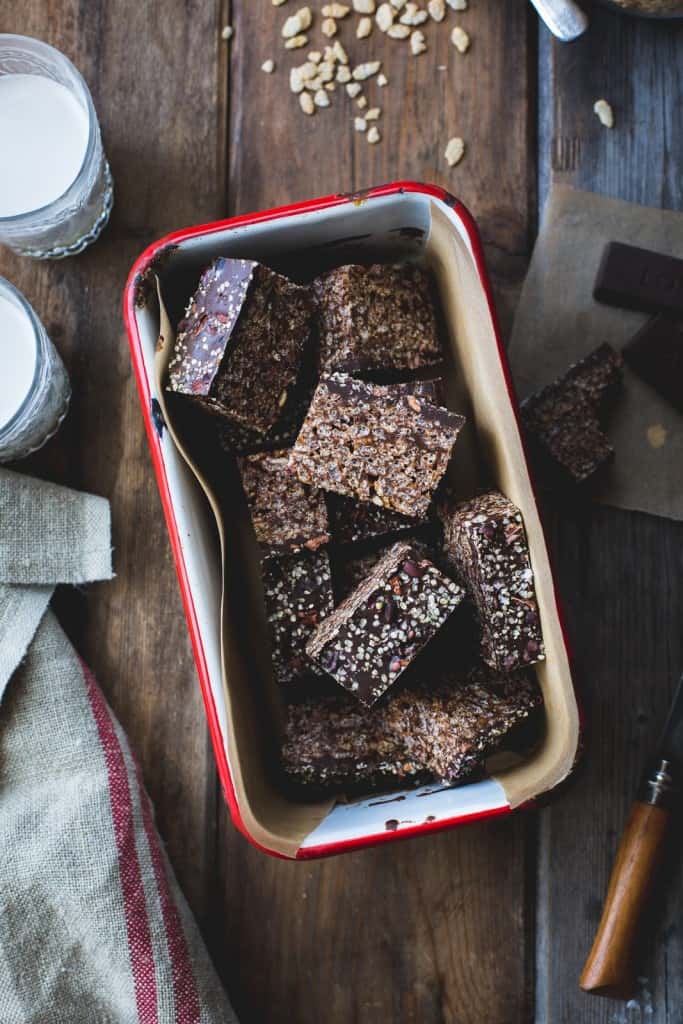 I brought some crispy treats to dinner when Aloha's own Mimi (who is not only cute as a button but also knows her way around a kitchen [and a camera]) came to San Francisco for a visit. We ate vegan Mexican food at Gracias Madre which we chased with giant bowls of spiced hot chocolate before staggering out onto the street. We said our goodbyes and when I got home, Mimi reported that, despite our gigantic meal, she and her Lyft driver had devoured all of the crispies during the ride home. 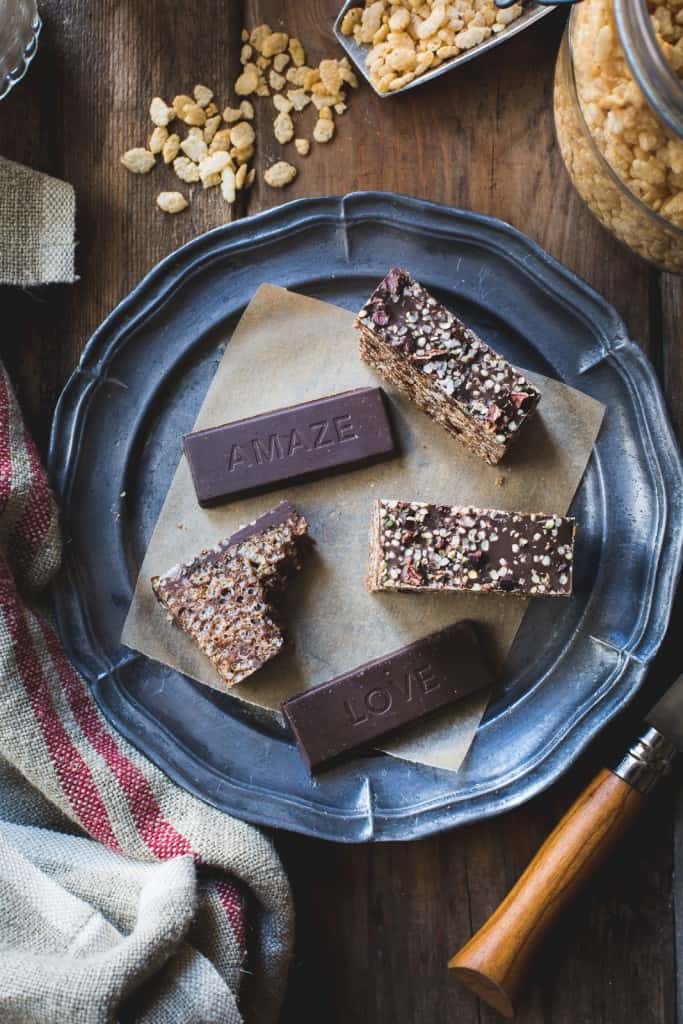 I hope these superfood crispy treats become as big of a hit in your kitchen as they've been in mine. Like Megan, you may be tempted to make a pan as big as your wall (minus the shellack). If you do, give me a call. 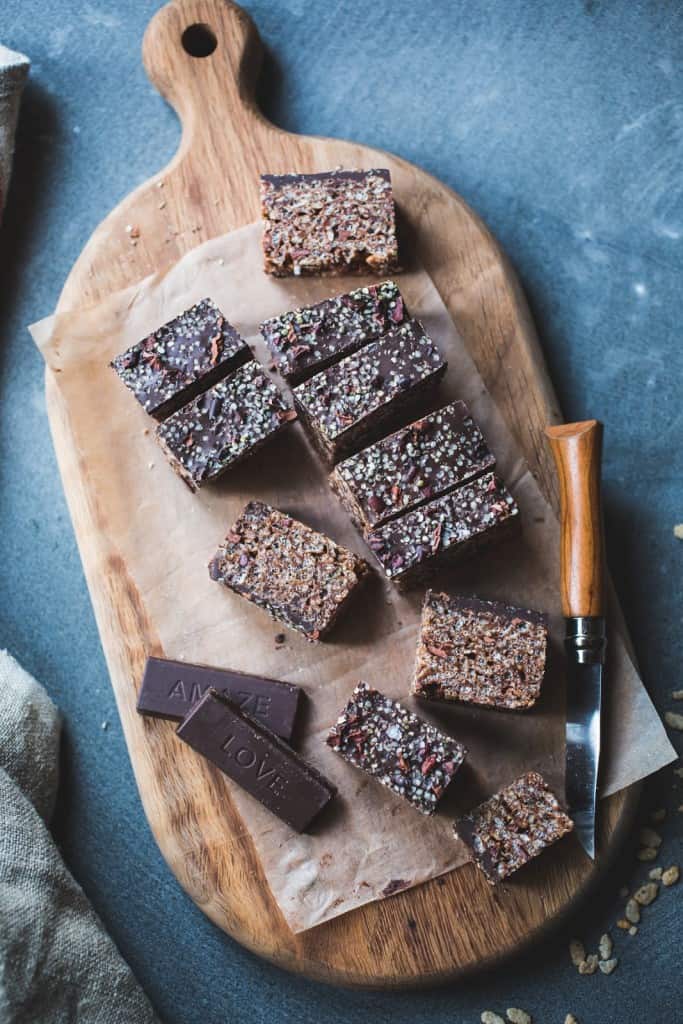 Thanks to Aloha for sponsoring this post! All opinions (and crispy treats) are mine mine mine. Also, check out Sarah's incredible Vegan Strawberry Coconut Chocolate Chip Ice Cream made with Aloha chocolate – pretty much the best ice cream ever, vegan or no. 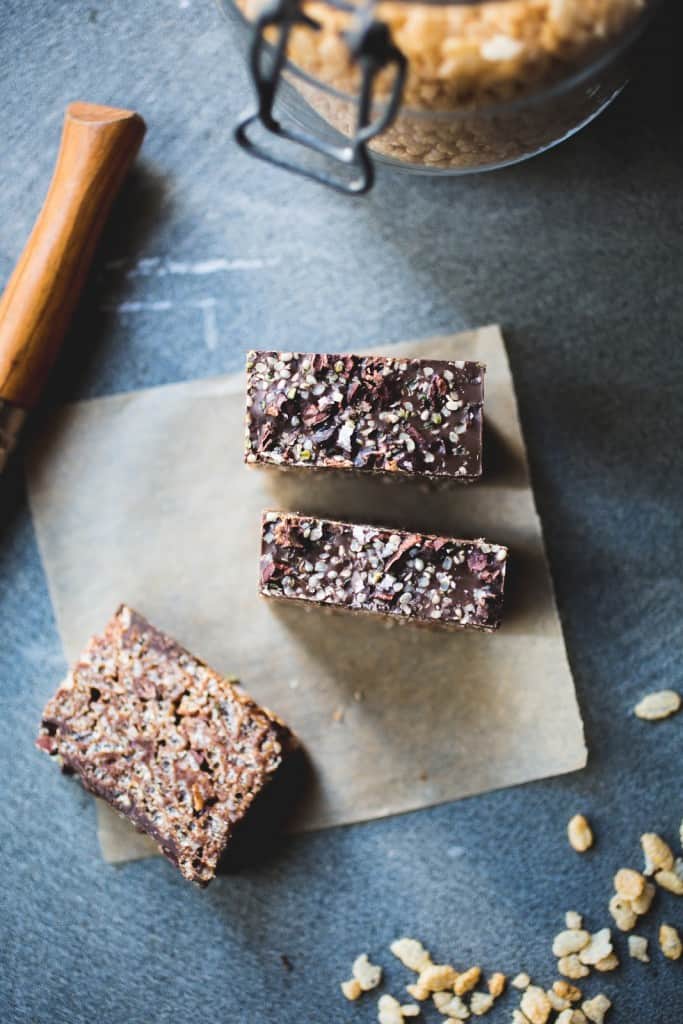 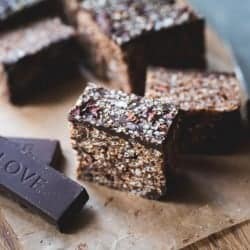 Aloha chocolate can be ordered or procured in select shops in New York (and more to come, I'm told). Otherwise, give these a go with another raw and/or naturally sweetened chocolate, or make the O.G. Hippie Crispies with regular old bittersweet chocolate. If you are very sensitive to gluten, make sure to get crisp rice cereal that is certified gluten-free; some cereals contain barley malt. Feel free to double the recipe and form the squares in an 8 or 9" square pan, which is advisable since these disappear quickly. These treats are crispest the day they are made, but will keep refrigerated for up to a few days. All ounce measurements are by weight. Nutritional values are based on one of eight servings.