A mix of chia, flax, hemp and sunflower seeds make a nearly-instant breakfast bowl that's as delicious as it is nourishing. 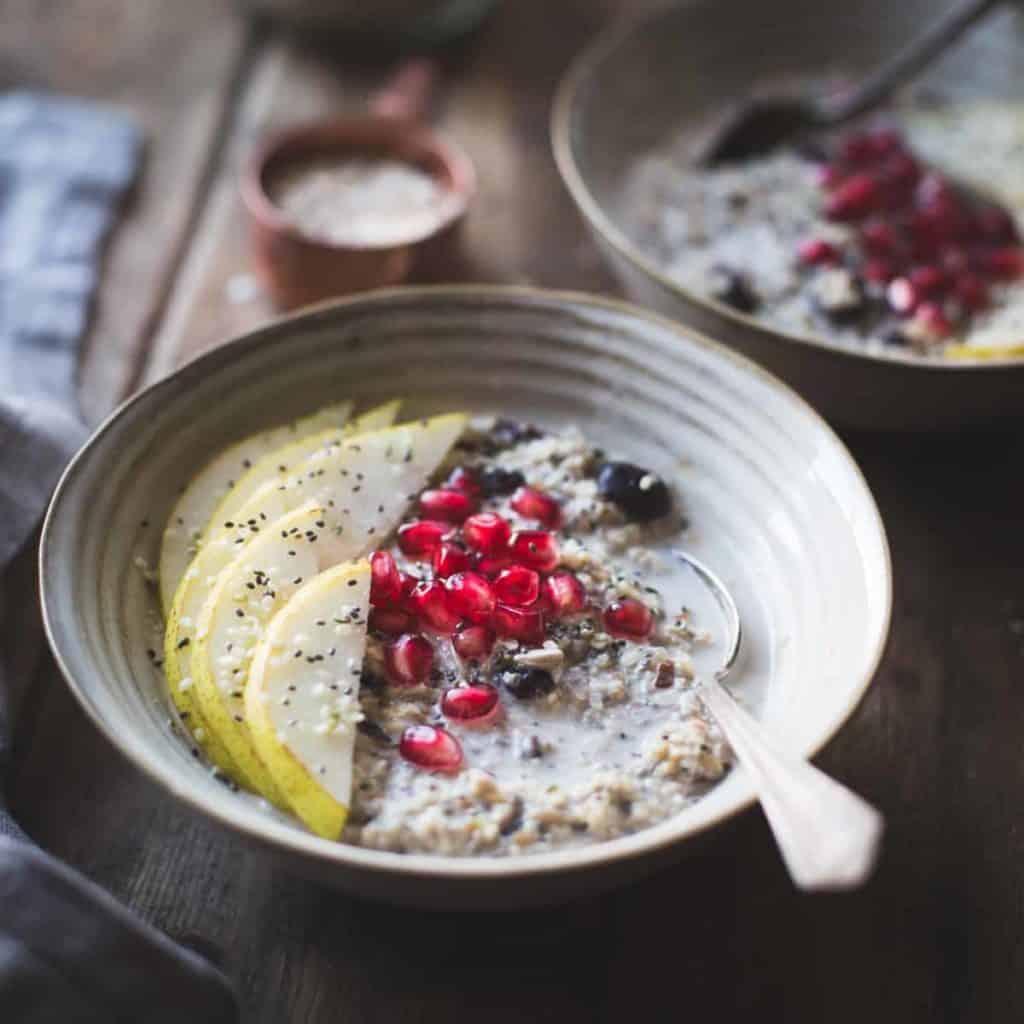 I wrote a cookbook! 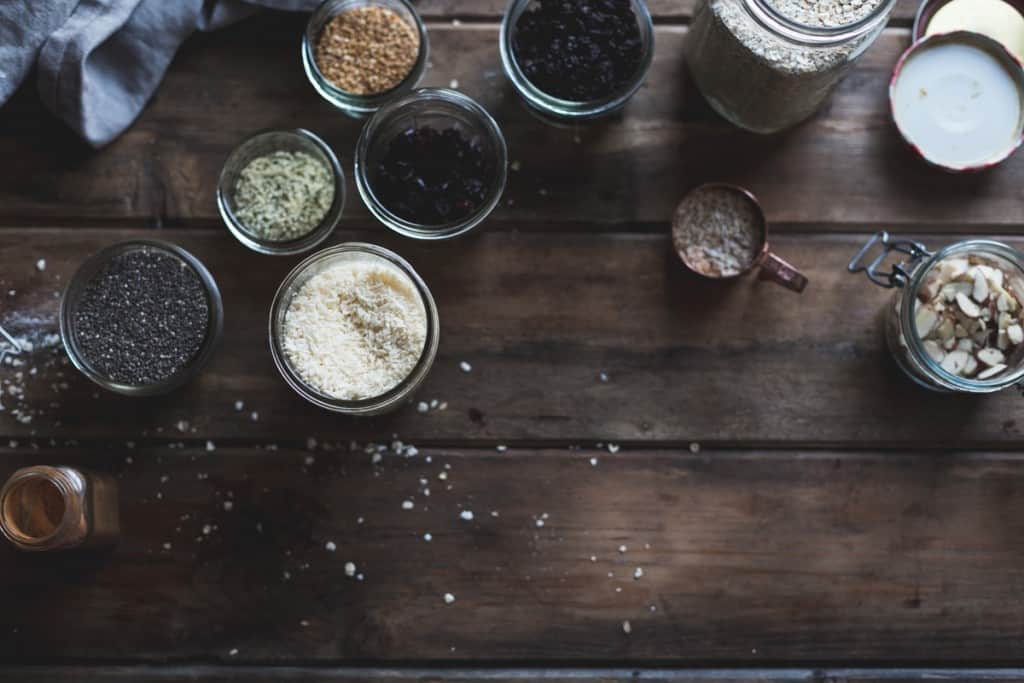 Last Thursday, I handed in the manuscript for my cookbook, promptly went to my favorite bar %Abv for several stiff drinks and ALL the cheese, and spent Friday soaking at Kabuki Springs, sleeping, and eating more cheese. 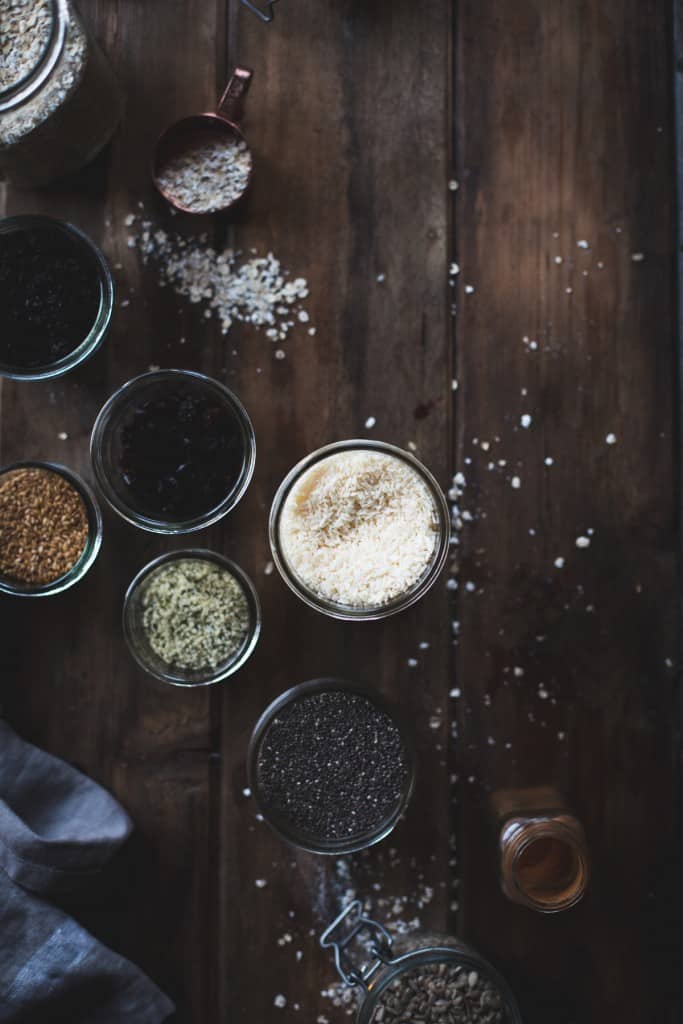 After developing and shooting nearly 90 recipes in the last 9 months and writing a 215-page manuscript, I could have used a longer break. (Also, more cheese.) But the fun isn't over just yet. The photos are due November 1st, then it's onto revisions and endorsements (so if you know Gwyneth or Oprah, drop me a line). 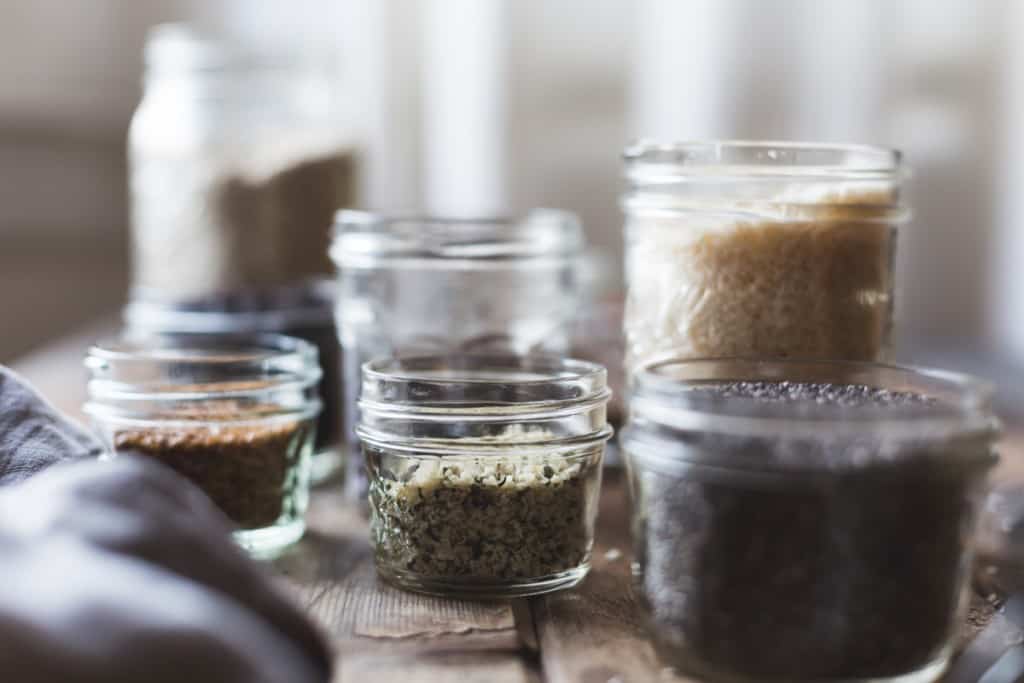 One of the most interesting parts of writing my GF cookbook has been learning the histories and nutritional profiles of the alternative grains. For example, did you know that amaranth was used by the Aztecs to build giant statues of their gods? Or that teff is the only grain to contain significant levels of vitamin C? Or that über-expensive and delicious chestnut flour was once considered loathsome peasant food? 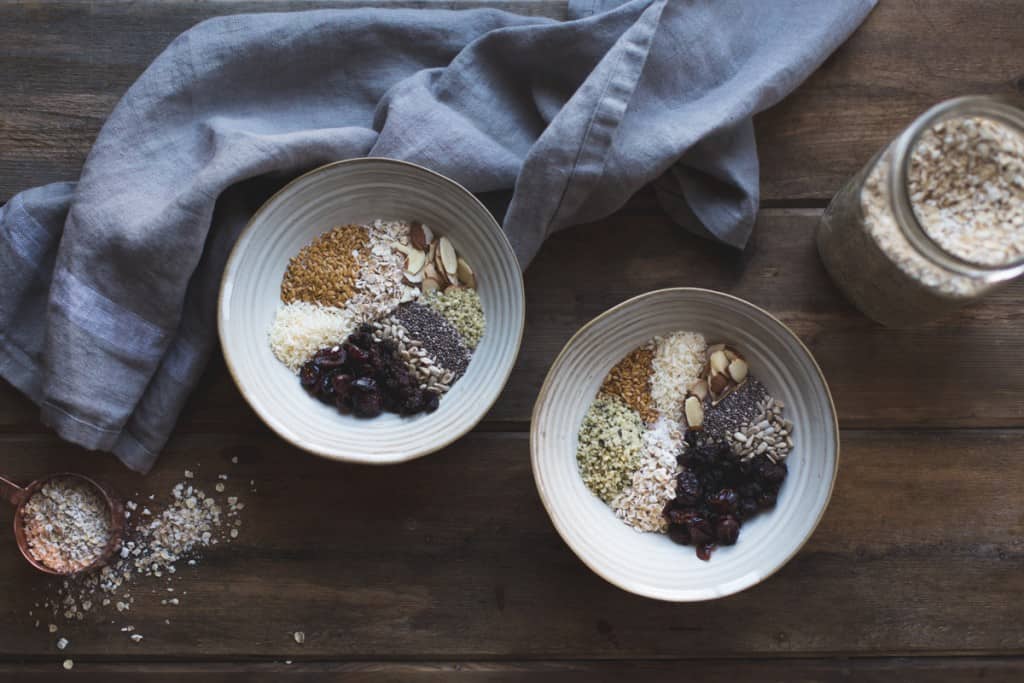 In the midst of my research, Jay and I ran into a friend at Rainbow Grocery Co-op  who carried a huge bag filled with old-fashioned rolled oats. "Hi Sean," I blurted, "did you know that oats are the only grain to contain a very stable protein similar to that of legumes?"

"It does!" I continued. "And it's also higher in fat than most grains. That's why it's said to 'stick to your ribs.' It's really healthy!"

"Interesting..." he said, backing away slowly, then he took off running down the juice aisle and toward the cash register. And before I had even gotten to the part about how oats used to be considered weeds that grew among wheat and barley and would be uprooted and burned, and is also very high in fiber. 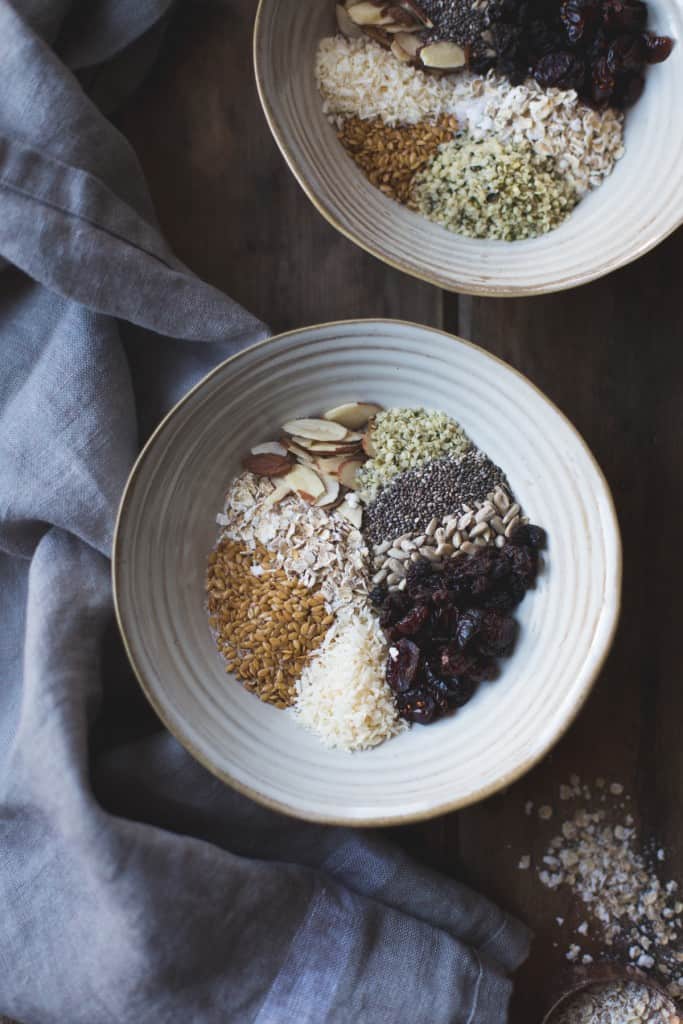 Anyway, I thought I might get tired of alternative grains after being so immersed in them this year, but it's been just the opposite. Instead, I have a greater appreciation for these plants, each with their own unique histories, flavors, colors, textures, fragrances and nutritional profiles. 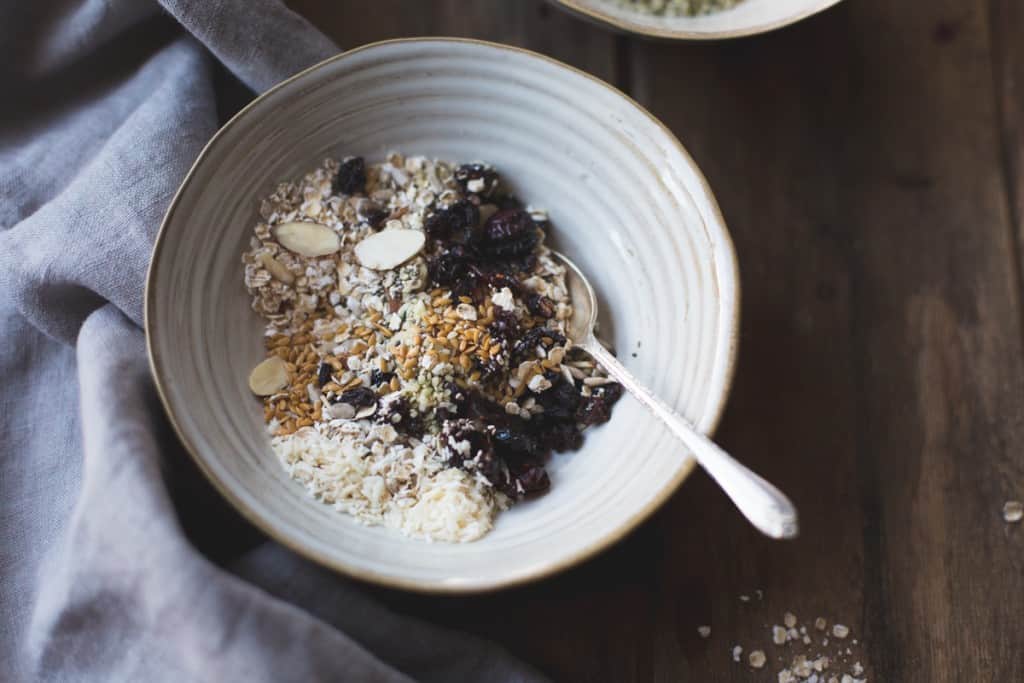 Oats have always been one of my very favorite grains, mostly for their soft, starchy texture and creamy flavor. But oatmeal on its own doesn't usually do it for me. Occasionally I'll make a pot for breakfast on a chilly morning, but we're more likely to be found eating avocado toast, breakfast tacos or smoothies. 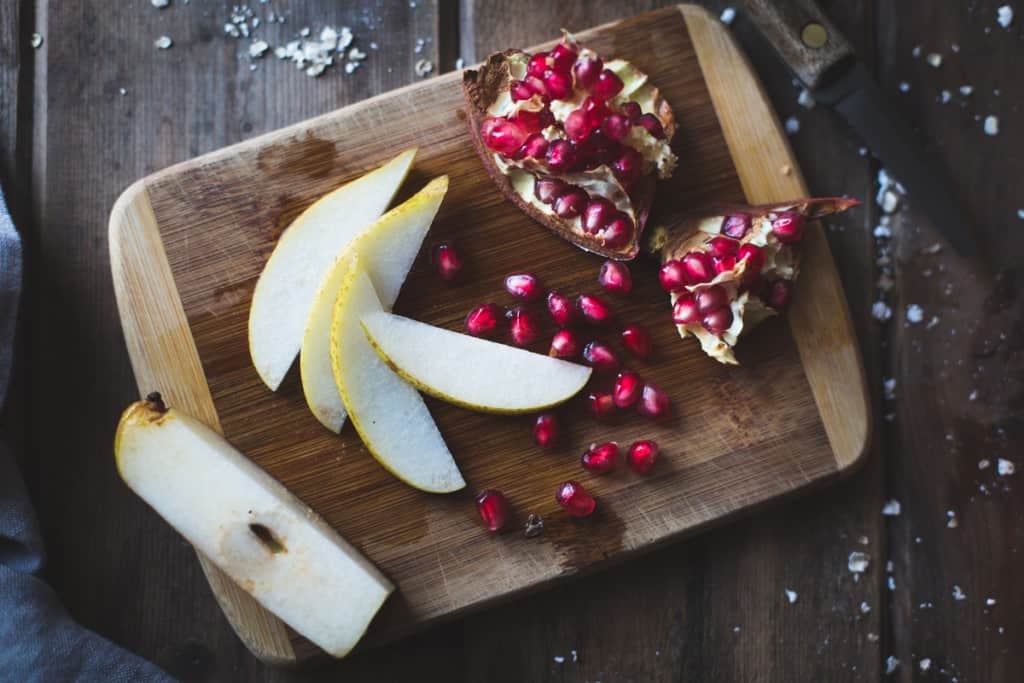 The inspiration for this recipe comes from a vegan cafe in Ashland, Oregon called NW Raw. Sarah, Carla and I discovered this mecca of healthy vittles earlier this year while on a road trip to a food blogging conference in Portland. (And when I say road trip, I mean that Sarah's really nice husband chauffeured us all the way there and back.) Carla and Sarah ordered the oatmeal. I got a smoothie. Carla offered me a taste of her oatmeal. And I promptly ate all of Carla's oatmeal.

This oatmeal was not like other oatmeal. It was full of light, bright flavors, packed with nuts, seeds and fruit, and moistened with their housemade nut milk. In fact, it was mostly not oats. I was obsessed. I tried to recreate the oatmeal at home, but to no avail. 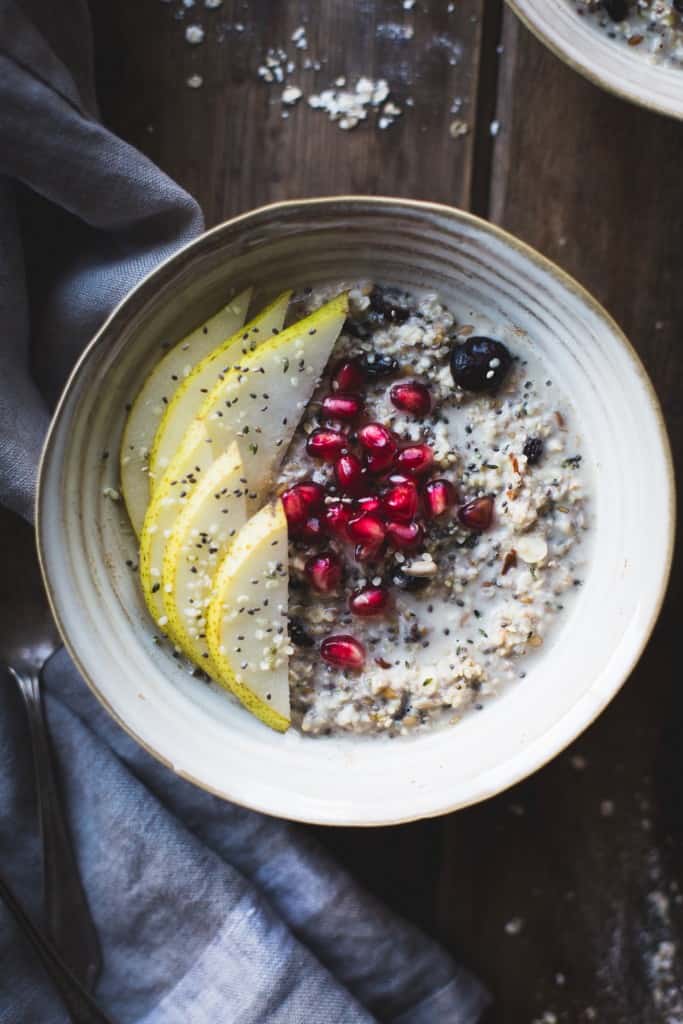 Then in mid-September, I went back to Ashland with Jay, who was performing at the Shakespeare Festival (and was also kind enough to chauffeur us there and back). When I wasn't holed up in our hotel room working on my manuscript, I could be found at NW Raw eating oatmeal. Analyzing oatmeal. Creeping on the guys behind the counter making oatmeal. They must have thought I was nuts, just like my oat-purchasing friend did. But luckily, they couldn't run away from me because they worked there.

This time when I got home, I was better equipped to reverse-engineer the oatmeal, and I think I've come pretty close. 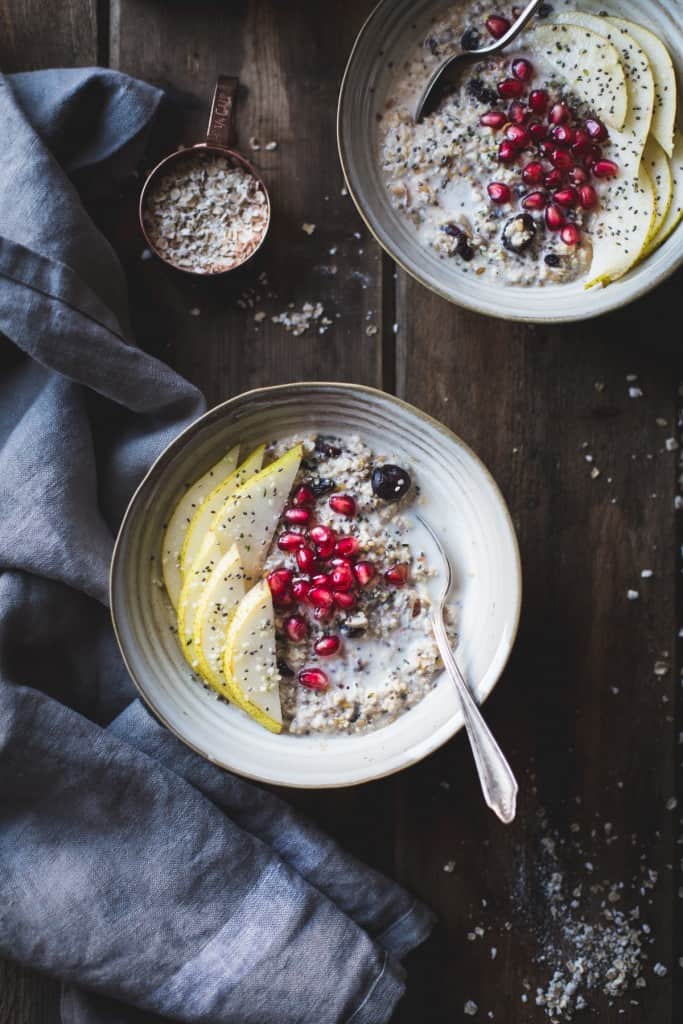 A smattering of oats, a ton of nuts and seeds, some dried fruit, some fresh fruit, and hot almond milk. The magic happens where the chia and flax seeds meet the warm milk; they swell and thicken the mixture, making it more like a light and creamy chia pudding than heavy, starchy oatmeal. Dried currants and cranberries add sweetness, along with a touch of maple syrup. Vanilla and cinnamon add flavor. Almond milk (I use Milkman's insanely delicious coconut almond milk, but any good-quality almond milk will do, or make your own.) creates that light body, letting the flavors shine through. (I tried this with cow's milk and didn't like it nearly as much.) Chunky nuts, coconut, sunflower seeds and dried fruit add textural interest.

NW Raw tops this with diced Granny Smith apples and fresh strawberries, which add a welcome brightness and acidity to the dish, but other fruit works, too. I used Asian pears tossed with a bit of lemon juice and some pomegranate arils. And I'm waiting for some fuyu persimmons to ripen to try on the next bowls. 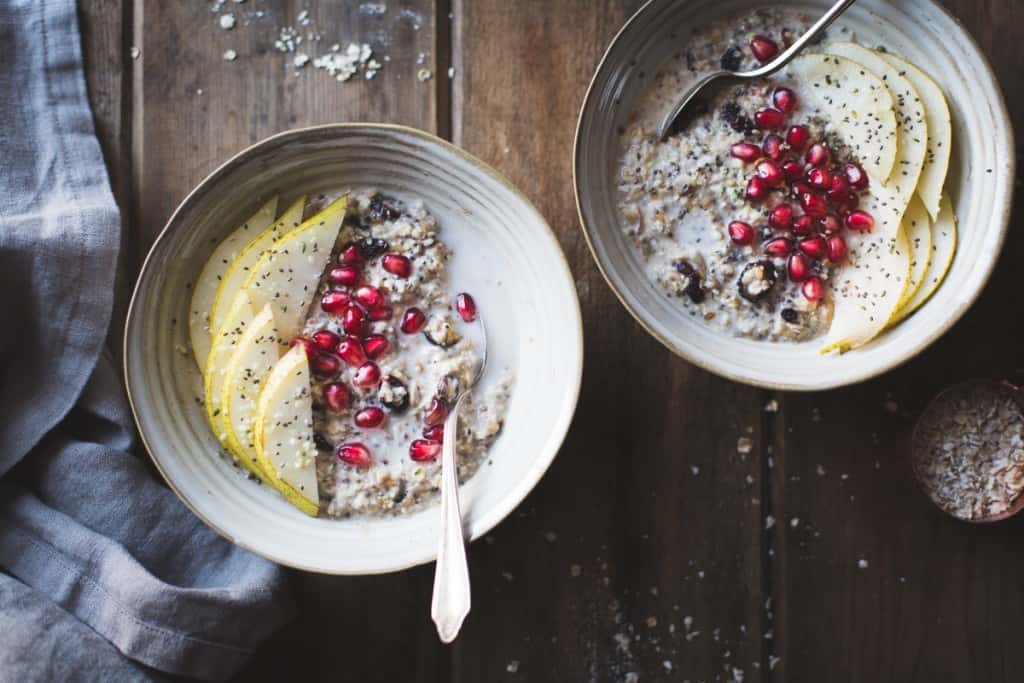 The best part is that this oatmeal is nearly instant. Just measure everything into a bowl, heat your nut milk and pour it in, whisk, let stand for a few minutes to swell the seeds, garnish and devour. 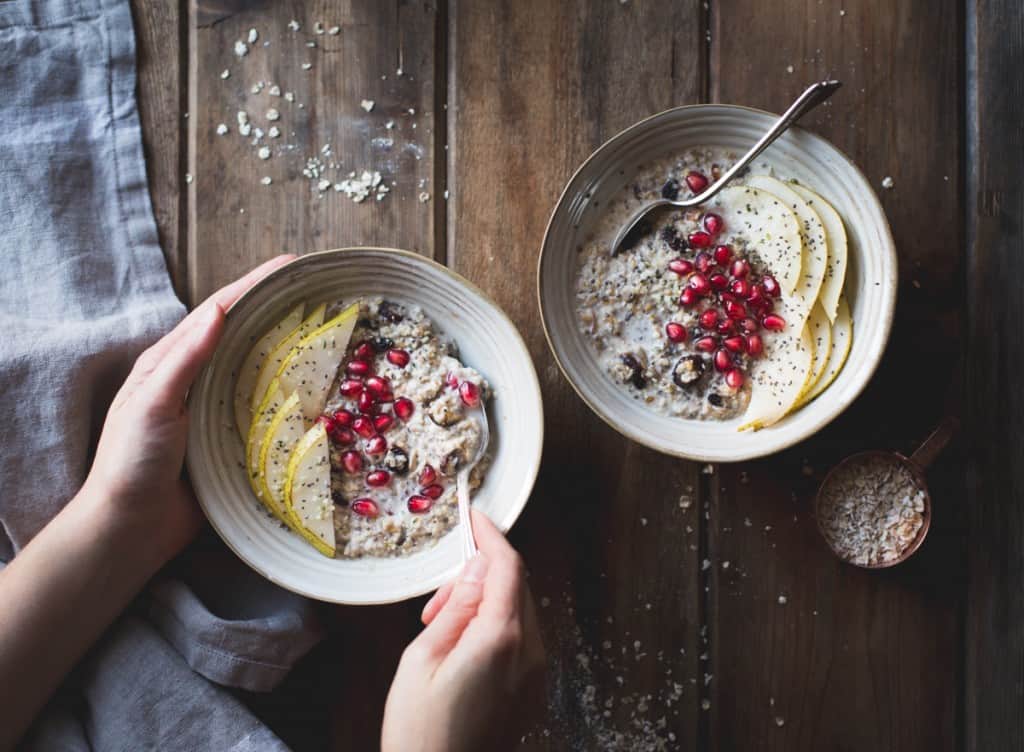 I tried this with both old-fashioned rolled oats, as they use at NW Raw, and with quick oats, which I prefer for their creamier texture. I'm guessing that a mix of both would give the best of both worlds, but feel free to use one or the other if you're not a weirdo like me with insane amounts of oat products about the house. 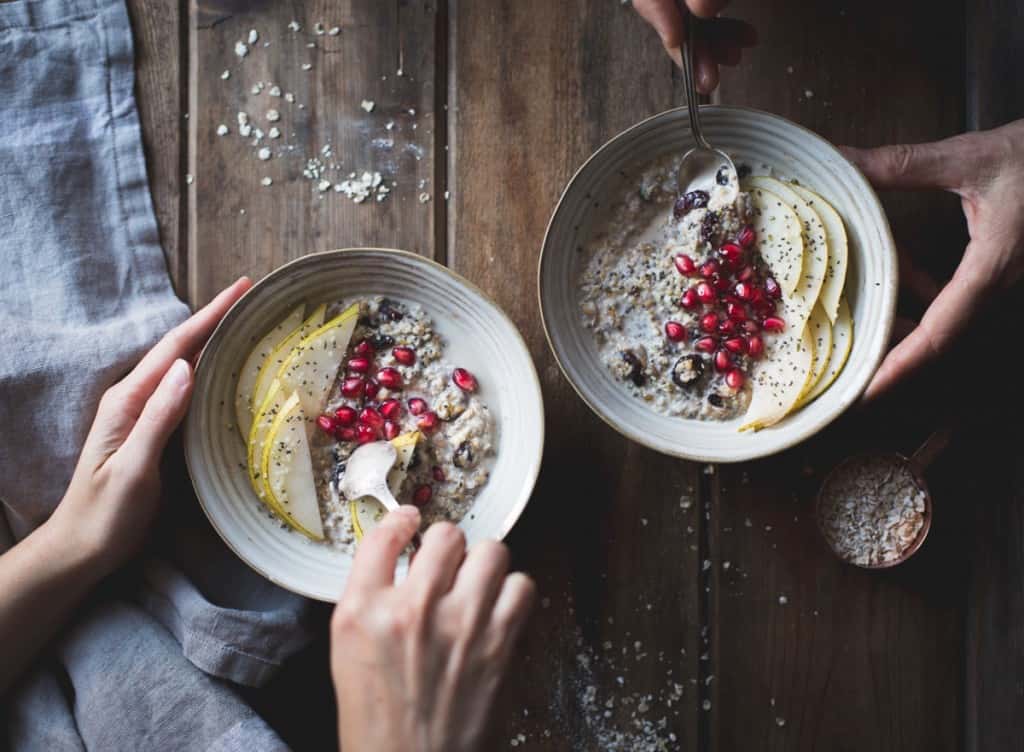 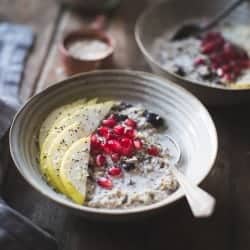 Print Recipe Pin Recipe
This stupid-easy oatmeal takes 10 minutes to make and provides all kinds of healthful, stick-to-your-ribs deliciosity. Inspired by NW Raw's PCT Oatmeal. For a do-ahead option, make the dry mix the night before (or stick it in a jar to bring to work), add the hot milk, garnish, and voilà.
Alanna Taylor-Tobin
Prep Time: 10 minutes
Total: 10 minutes
Servings: 1 hearty serving

Except for the chia and flax, which swell to give this oatmeal thickness and body, the nuts, seeds, and dried fruit aren't set in stone, so feel free to use what you have on hand. Nutritional values are based on one hearty serving. 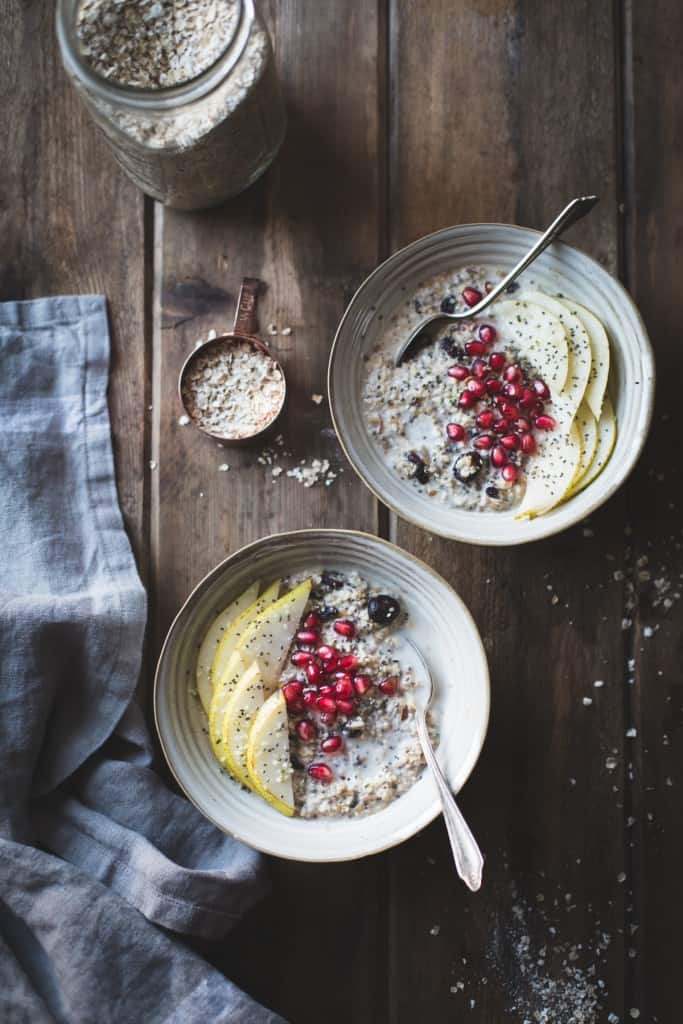