This easy pumpkin pudding kissed with pumpkin and spices tastes just like pumpkin pie. Dress it up with whipped mascarpone, toasted buckwheat, and pecans if you like. 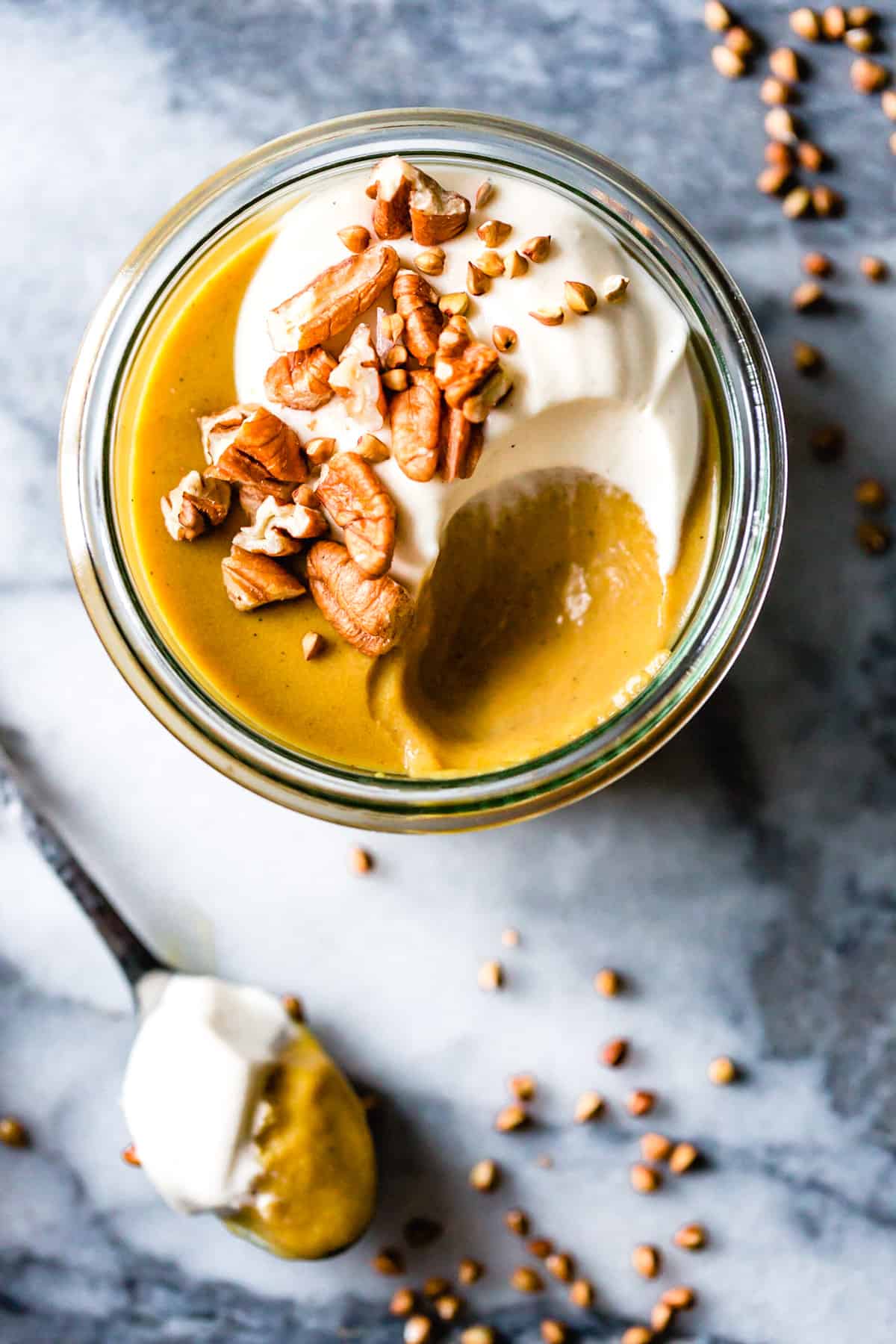 One of my all-time favorite desserts is this butterscotch pudding, barely adapted from a Gourmet recipe and posted almost 6 (!) years ago. I've made it countless times over the years, sometimes adding in labneh at the end in place of heavy cream, or swirling it into a chocolatey banana cream tart, or layering it into banana pudding cups with mesquite gingersnaps in my book. 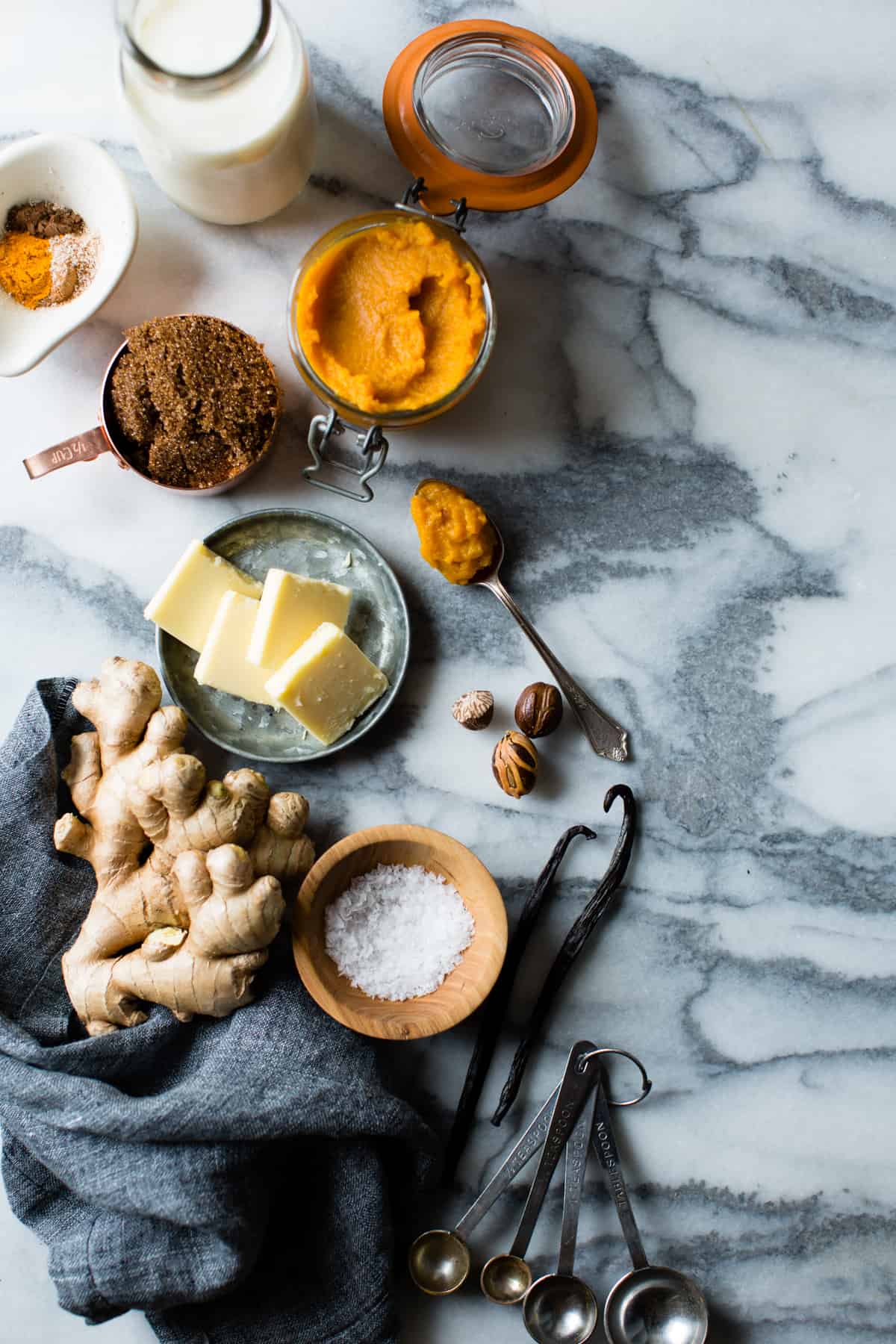 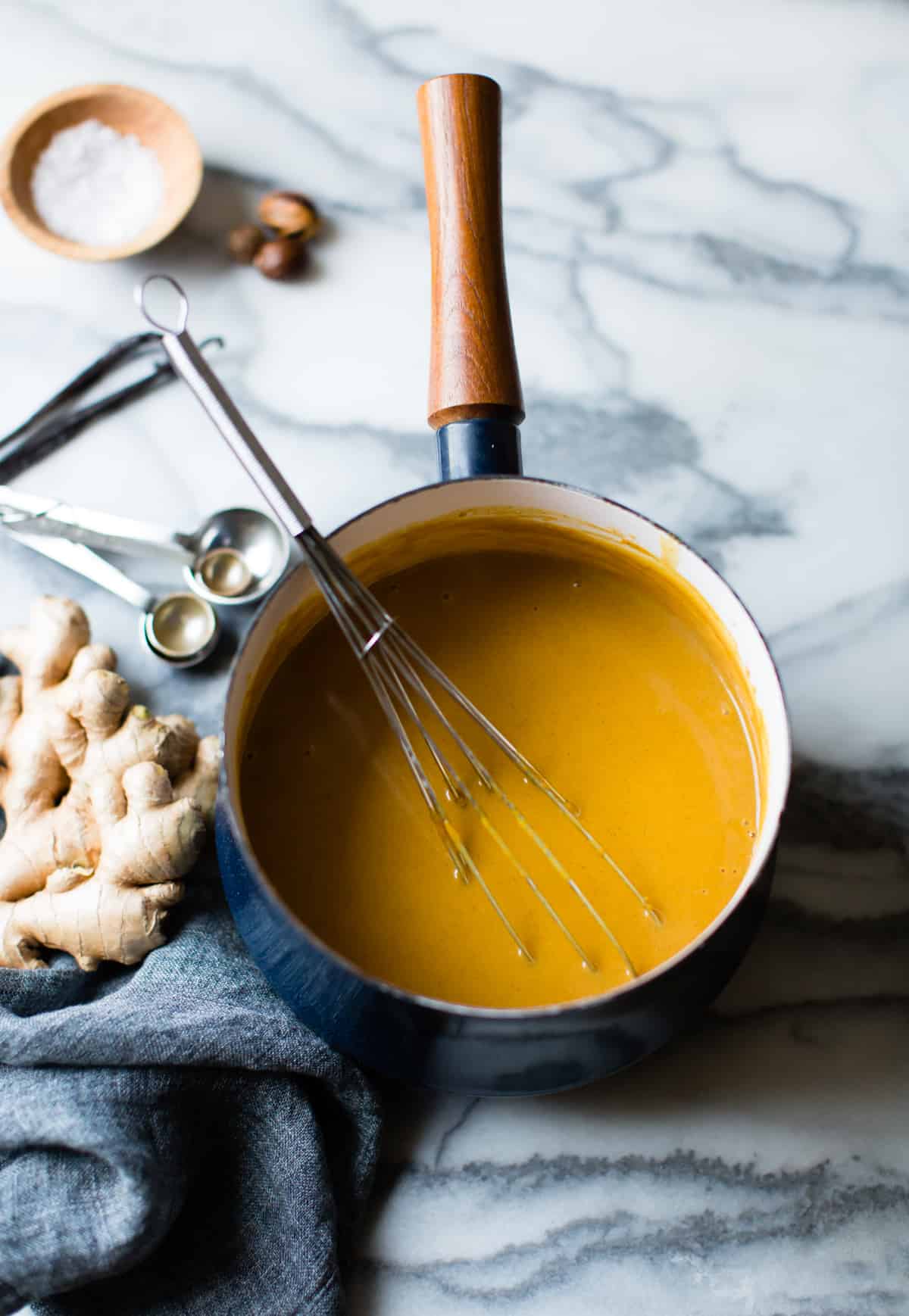 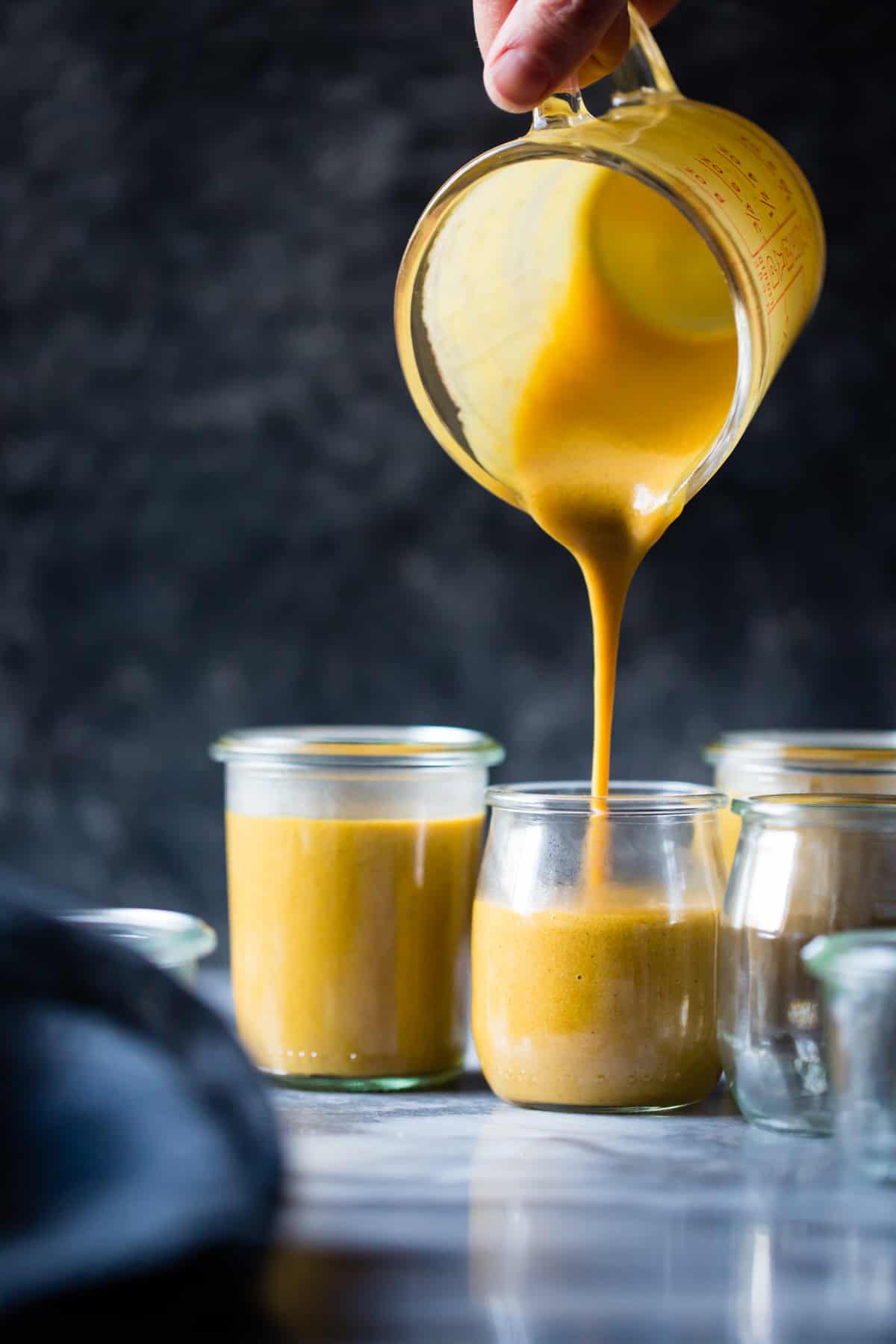 The result? Silky pumpkin pudding that tastes just like pumpkin pie filling, only without the fuss of a crust, or baking, and with no risk of the filling over-baking and becoming broken and watery. WIN. 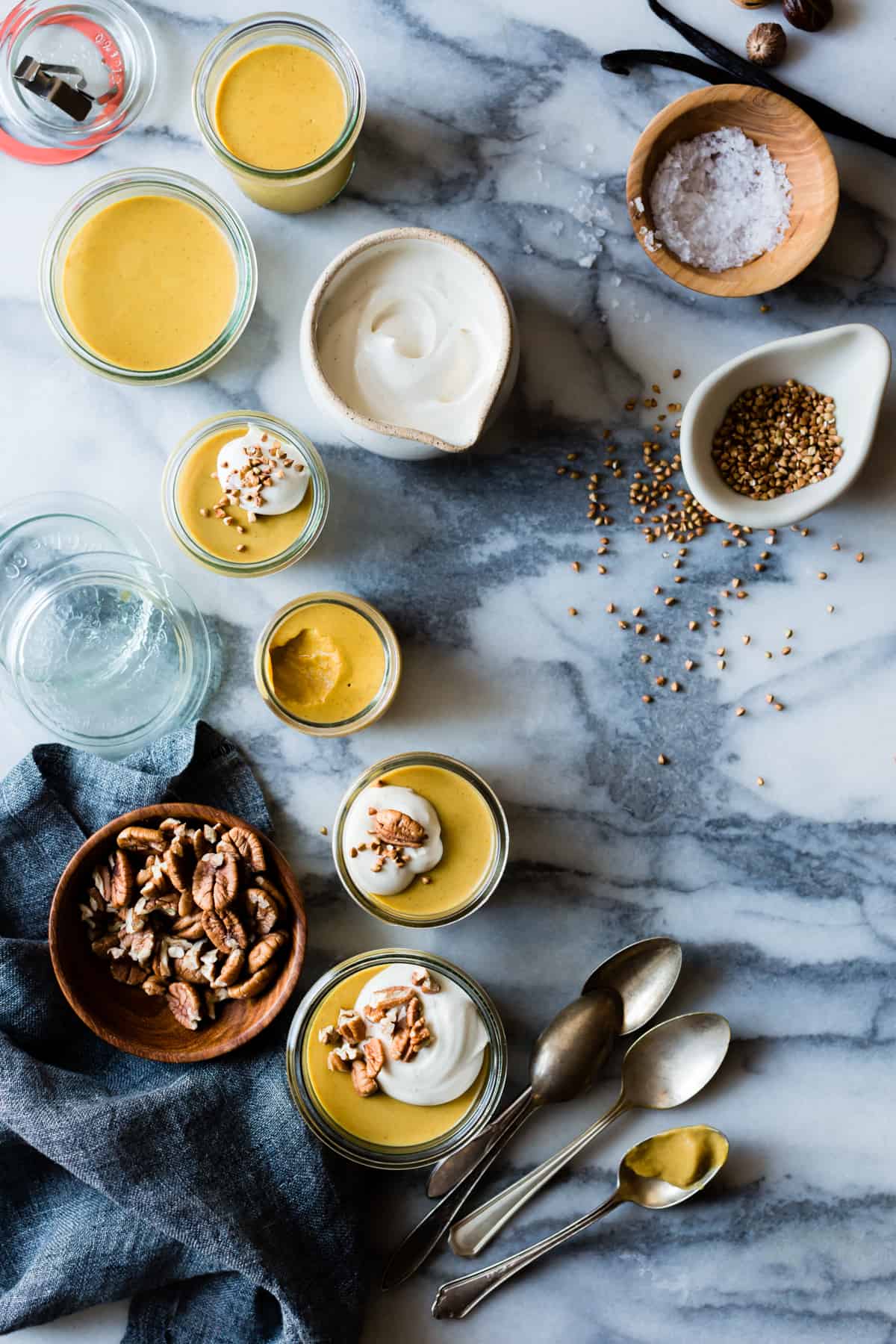 The deep molasses flavor from organic dark brown sugar carries through in the finished dessert. Fresh ginger adds a bit of zip, and pumpkin puree enhanced with a bit of turmeric for color gives the pudding a cheery orange hue. Cinnamon, nutmeg, and allspice lend a classic pumpkin pie taste. 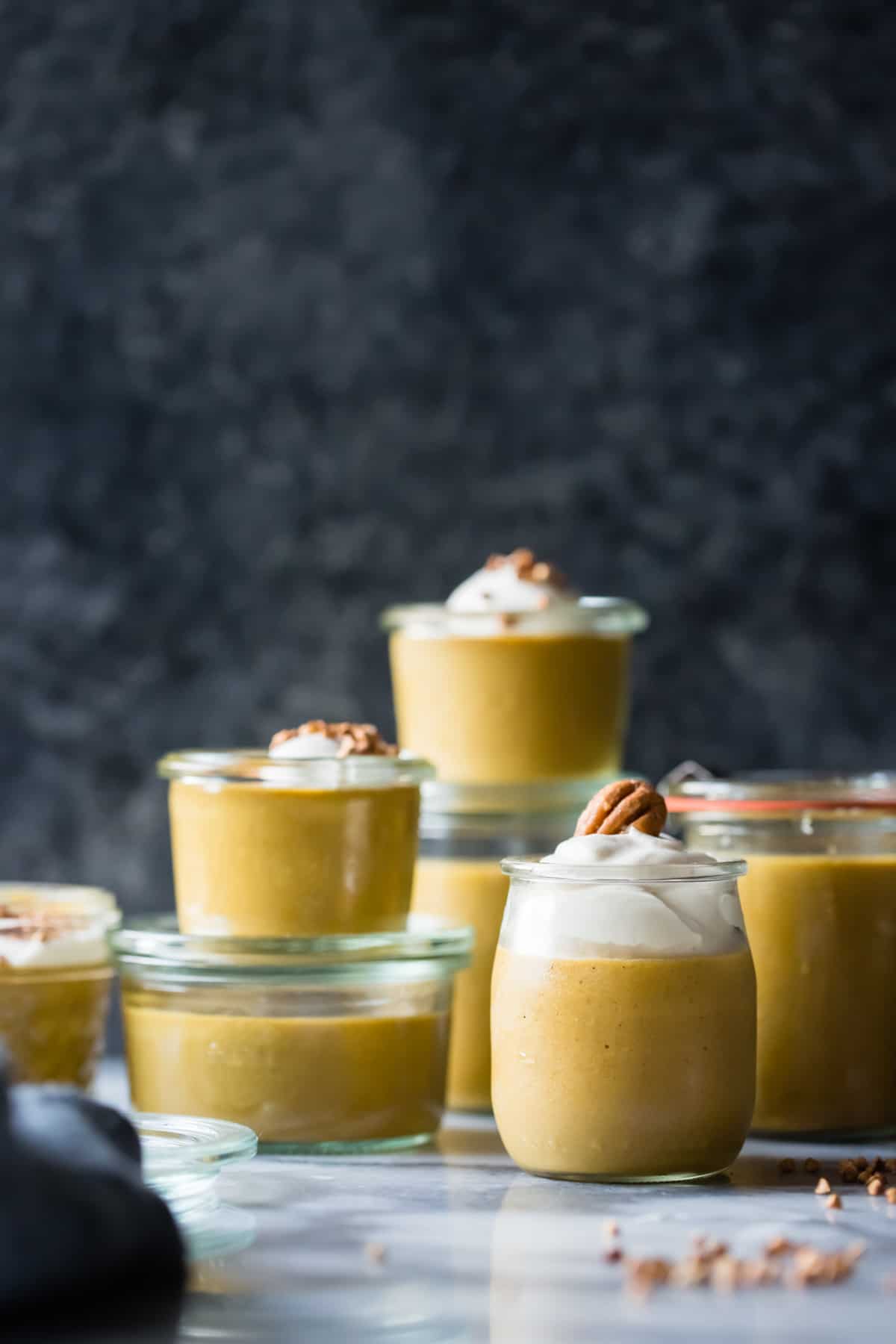 After setting for a few hours in the fridge, these pumpkin puddings are perfect on their own. Or you can top them with a plume of gently sweetened whipped mascarpone and a dusting of toasted pecans and buckwheat groats and a few flecks of flaky salt.

My favorite part is licking the hot pumpkin pudding dregs from the pot with a spatula while standing over the sink But the finished product – spiced pumpkin pudding, airy cream, and crispy nutss and buckwheat – is pretty satisfying, too. 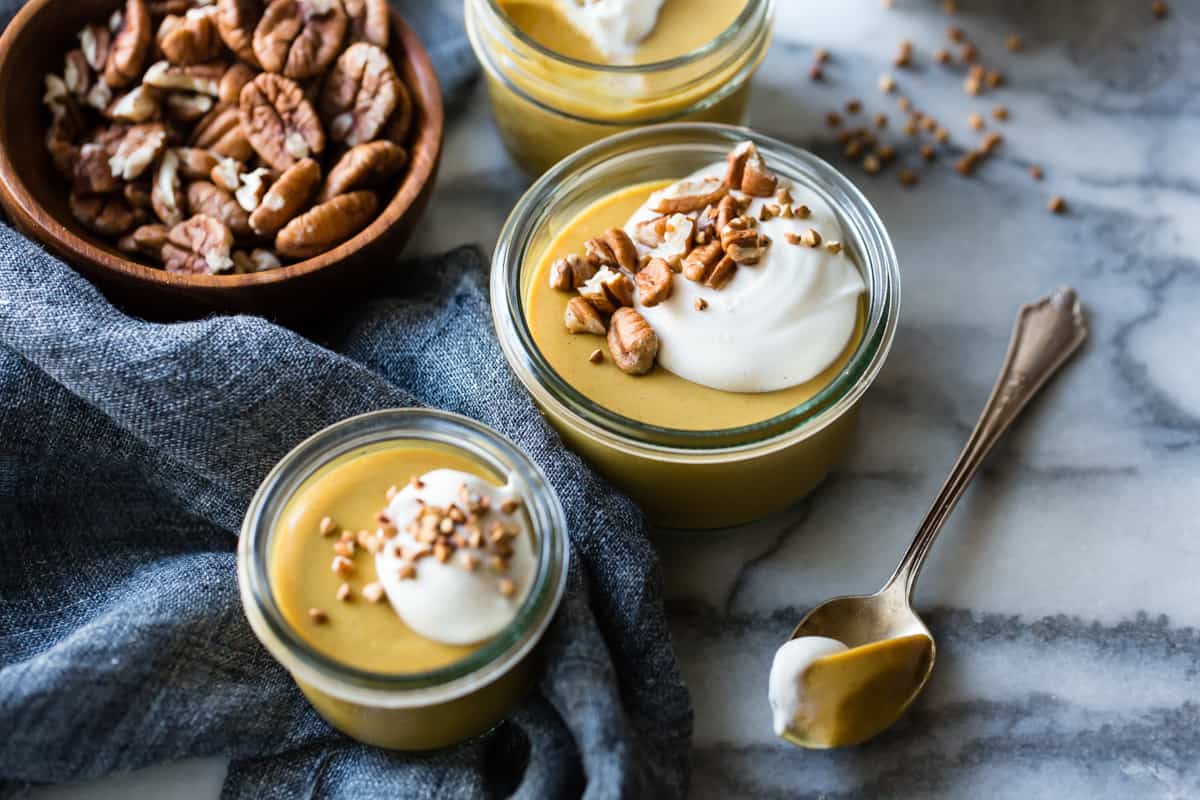 These pumpkin pudding is easily veganized! Just swap the milk and cream for plant milk and coconut milk, the butter for vegan butter, and use whipped coconut cream for the topping.

If you're avoiding refined sweeteners, you can swap the brown sugar for coconut sugar or maple sugar for an extra healthy pumpkin dessert.

If you're looking for an easy, make-ahead, no-bake, naturally gluten-free Thanksgiving dessert, I highly recommend this pumpkin pudding recipe. Pour it into a crust and you'll have a gluten-free pumpkin cream pie! 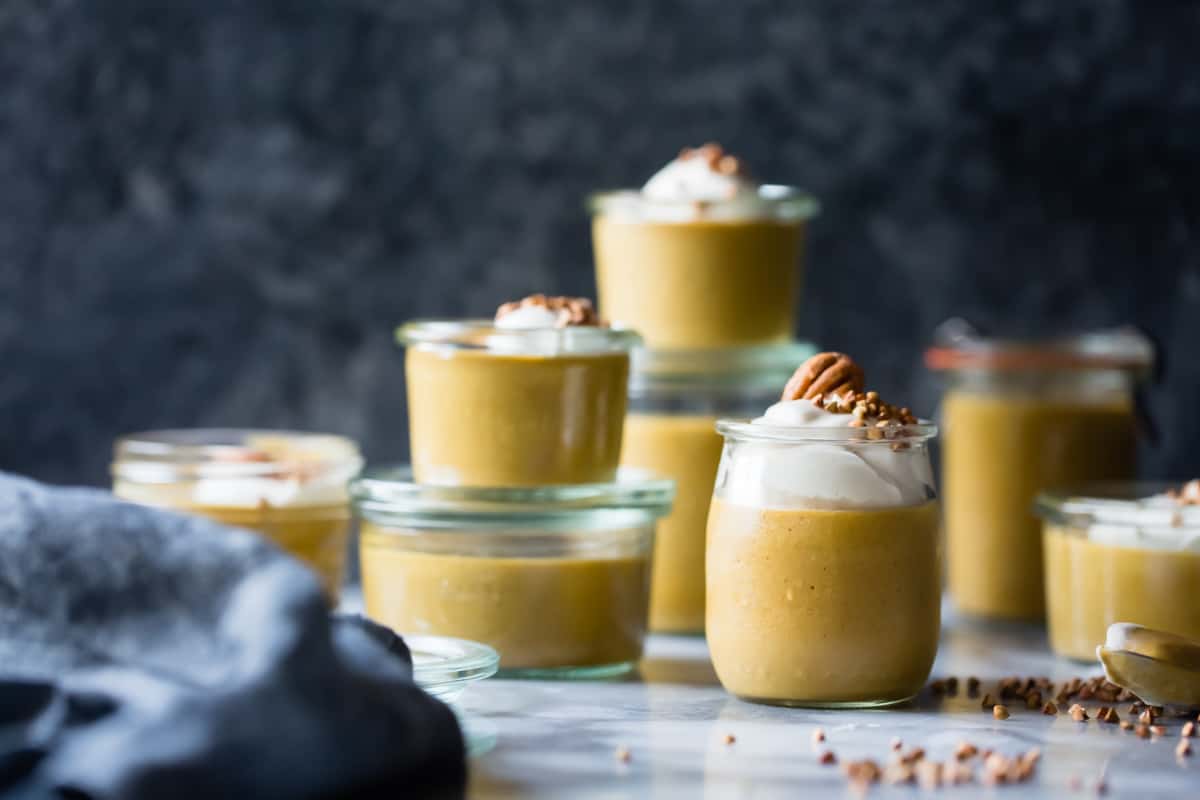 To make things even better, this treat is part of a virtual pumpkin party hosted by Cake Over Steak and Twigg Studios. For more pumpkin pudding love, have a gander at Sarah's Pumpkin Tapioca Pudding with Candied Pumpkin Seeds. And scope out the long list of links to the rest of the party, below. 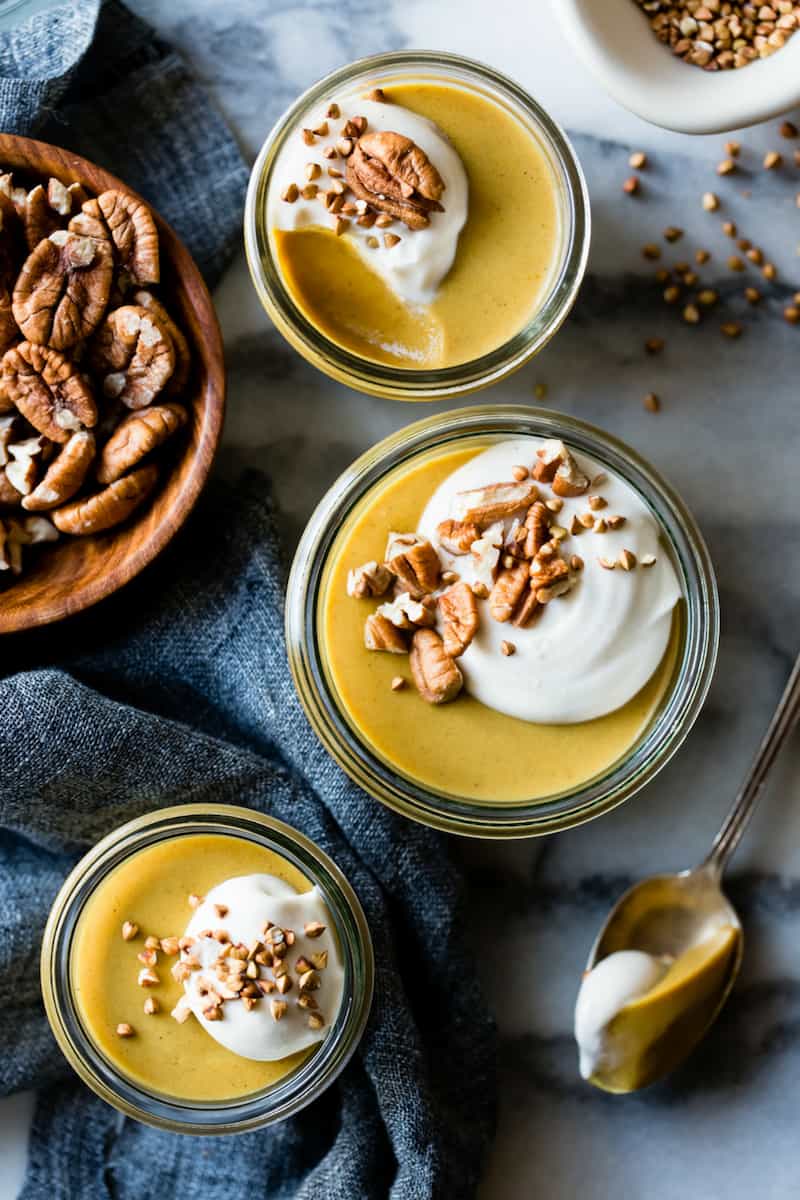 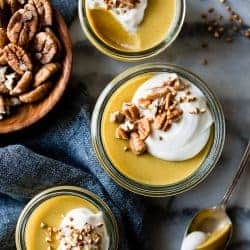 Whipped mascarpone and toasted buckwheat and pecans make a pretty and tasty topping; feel free to substitute regular whipped cream and toasted walnuts or pumpkin seeds if you prefer. You can swap out all the spices including the fresh ginger for 1 1/2 teaspoons of my golden pumpkin pie spice.  Vegan Pumpkin Pudding Omit the milk and cream, using 1 cup plant milk (such as almond milk) and 1 cup full-fat canned coconut milk. Use vegan butter. Top the puddings with whipped coconut cream or with a rich, vanilla coconut yogurt such as Coyo, Cocojune, or Culina.  Nutritional values are based on one of six servings. 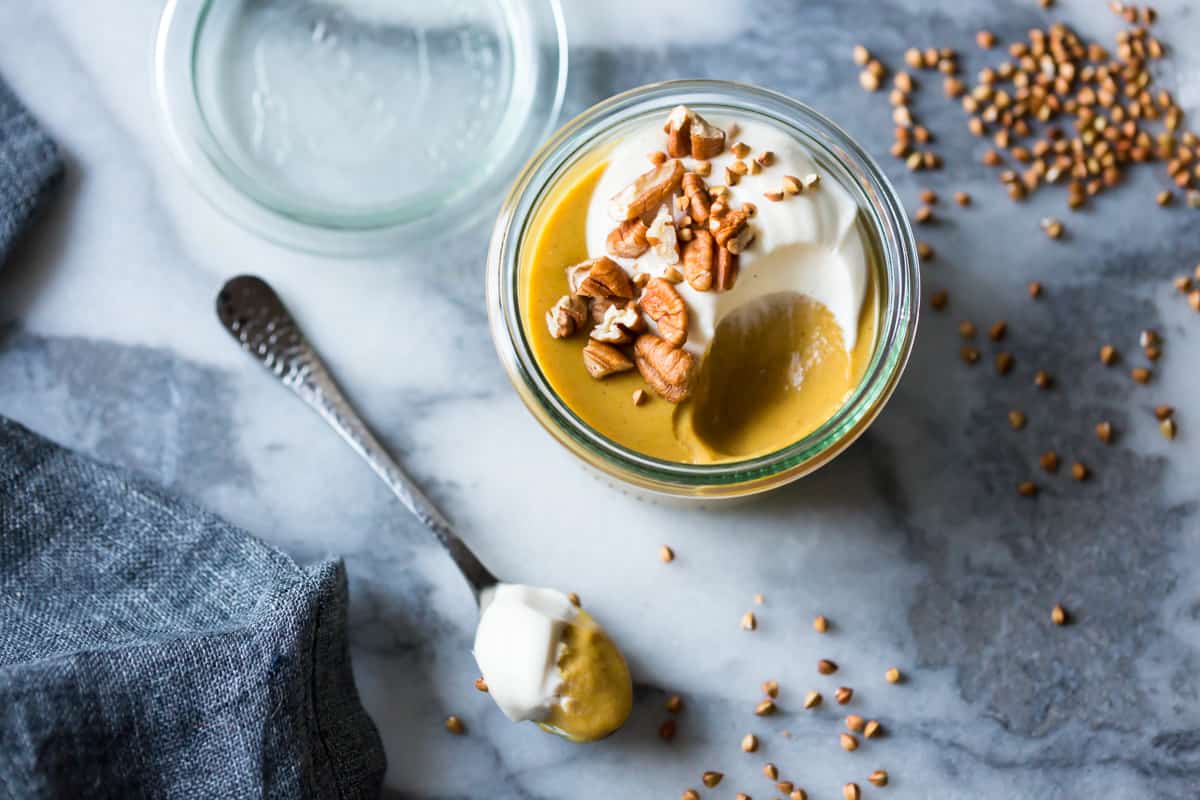 More pumpkin love from around the web:

My Name is Yeh • Roasted Pumpkin with Yogurt and Hazelnut Dukkah

Bourbon and Honey • Spicy Roasted Pumpkin with Honey and Feta 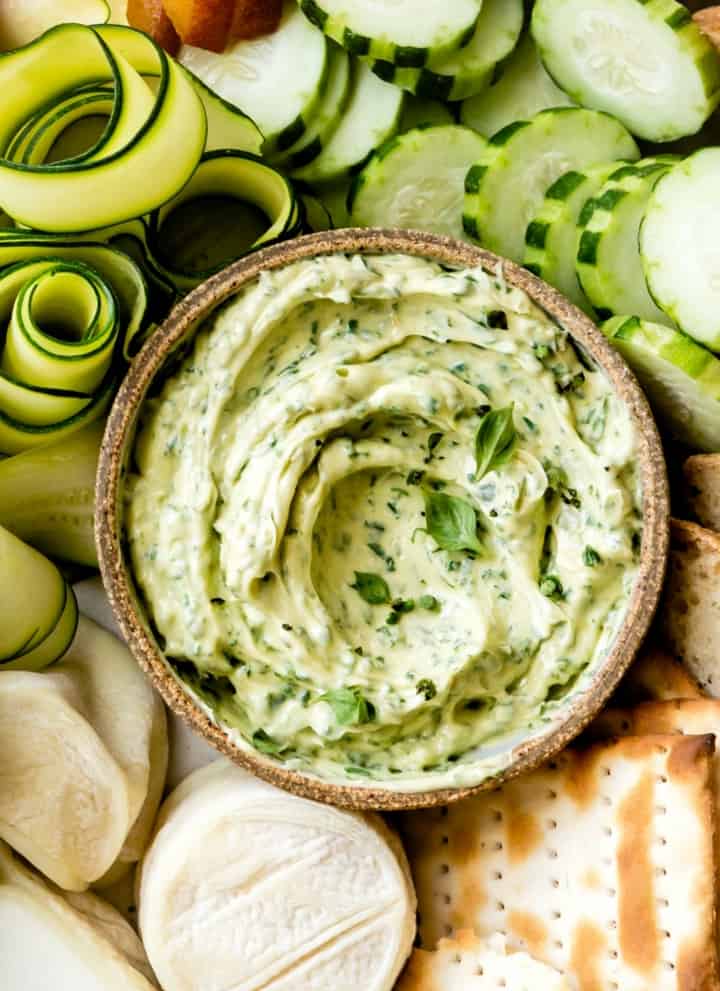 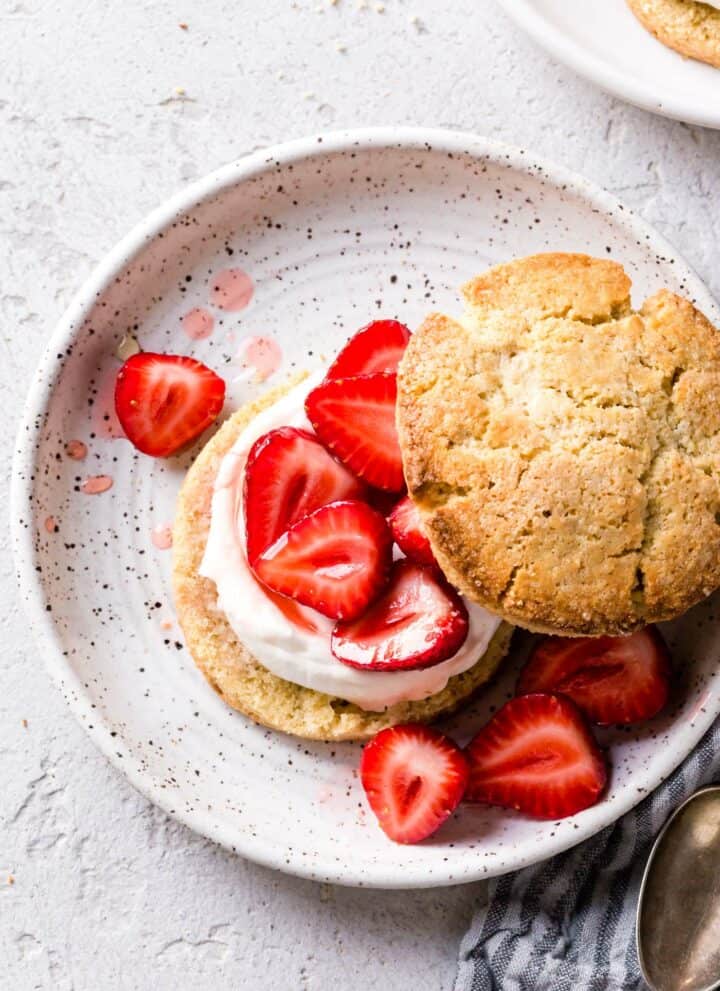 Panzanella is a glorious way to feature summer pro