Vegan vanilla bean ice cream forms the base for a boozy float topped with homemade cherry bourbon cacao nib soda. A collaboration with Snixy Kitchen and HonestlyYUM, plus a video! 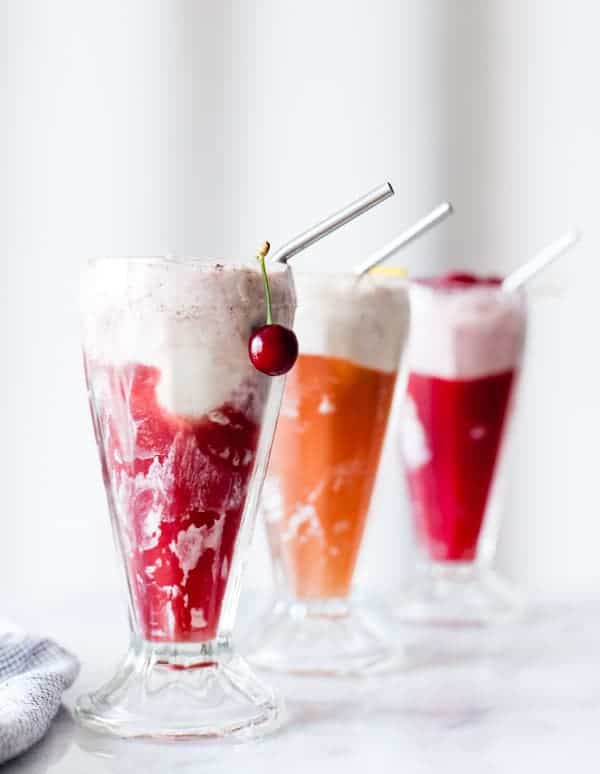 I’ve been a great admirer of Todd’s quaffable concoctions since discovering HonestlyYUM two years ago. I’m sure that like me, most of you have whiled away the hours ogling his ridiculously pretty drinks. So when Sarah and I kidnapped him invited him to collaborate on our next video, something boozy, cold and liquid seemed the obvious choice. Thus we present to you our newest video: Trio of Floats. Please enjoy our creation (and make sure you have the sound turned up!).

(You can watch our other videos here. [Also, Sarah playing her cat like a bagpipe – not to be missed].)We each made a different soda which we poured over Sarah’s vegan vanilla bean ice cream, a super creamy version made with coconut milk and cream, loads of vanilla, and a touch of coconut oil and corn syrup to keep it pliable. 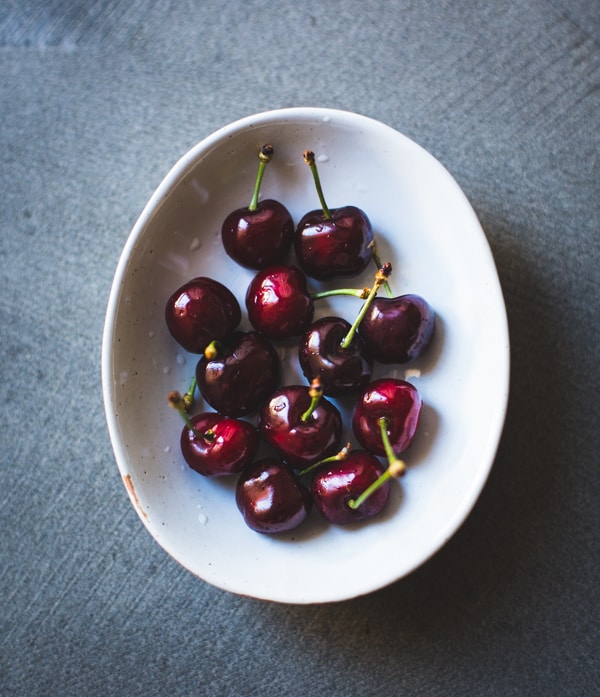 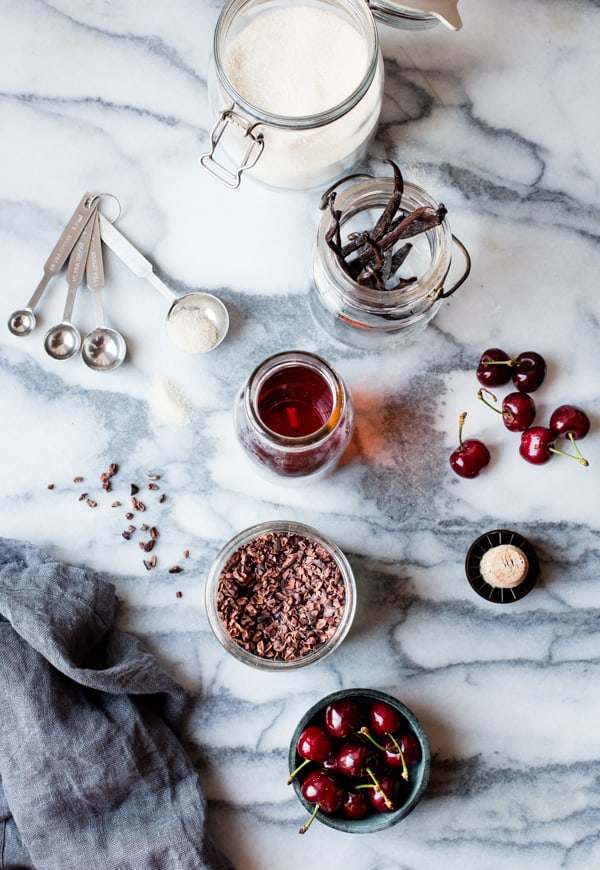 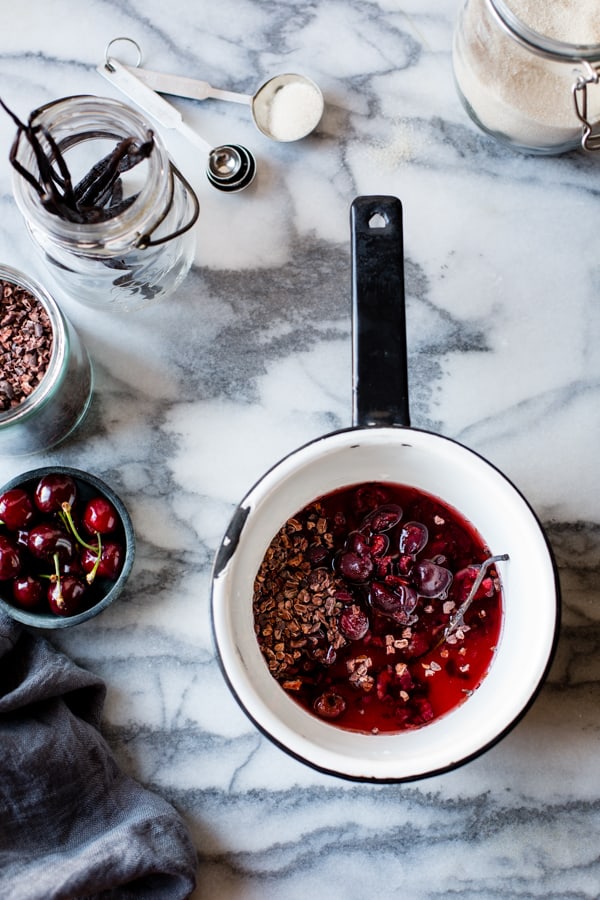 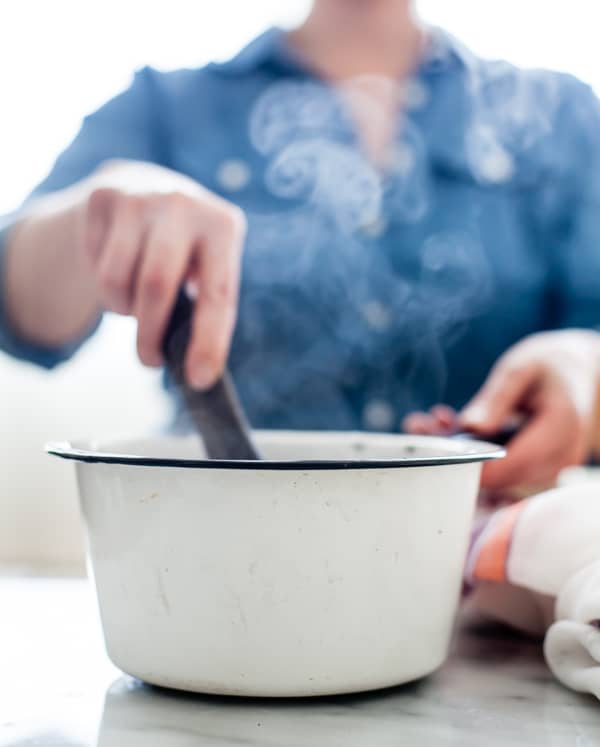 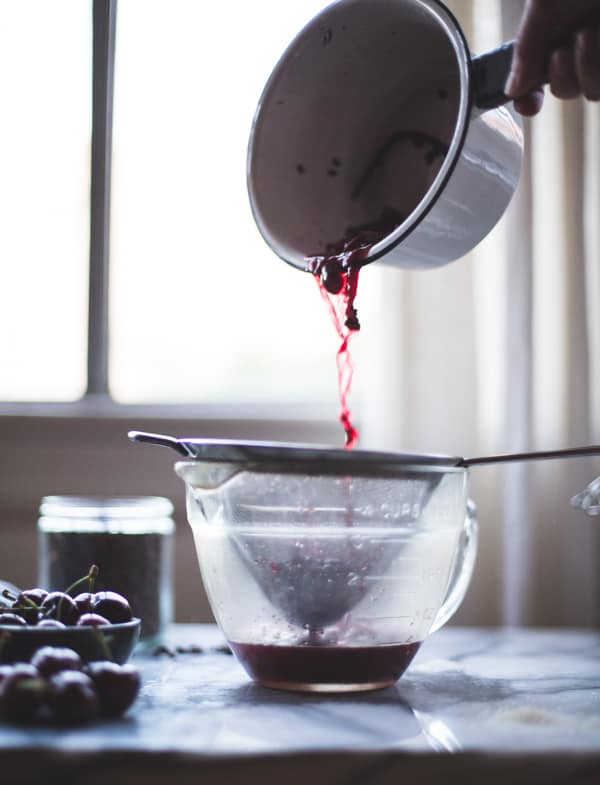 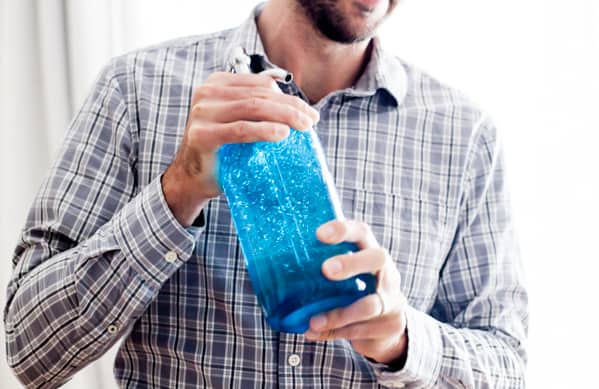 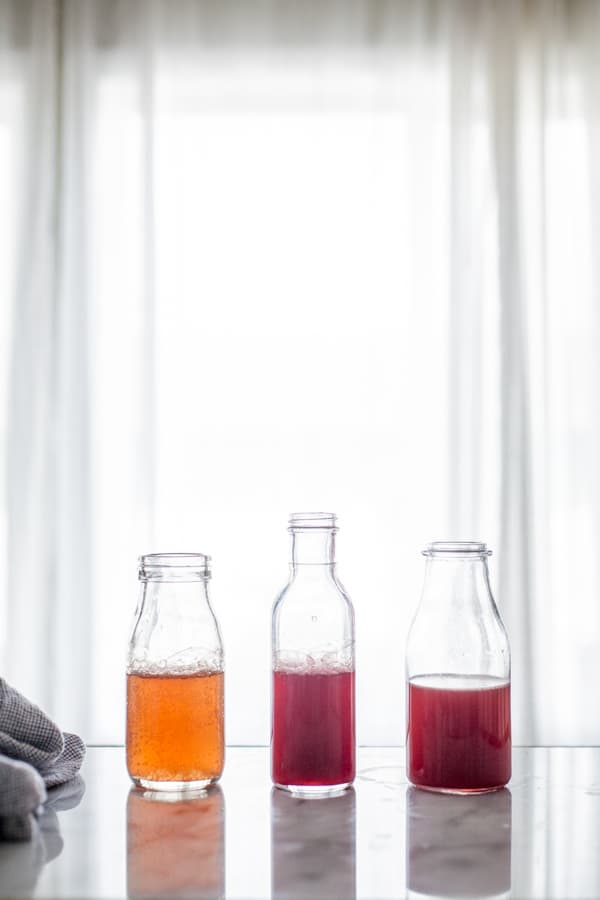 This float starts with fresh cherries simmered with cacao nibs, vanilla bean and a judicious amount of sugar. When cooled and strained, I mix it with bourbon and a squeeze of lime juice to make the flavors pop. It makes a tasty soda simply mixed with sparkling water and ice. But poured over Sarah’s ice cream, the flavors jump to life. 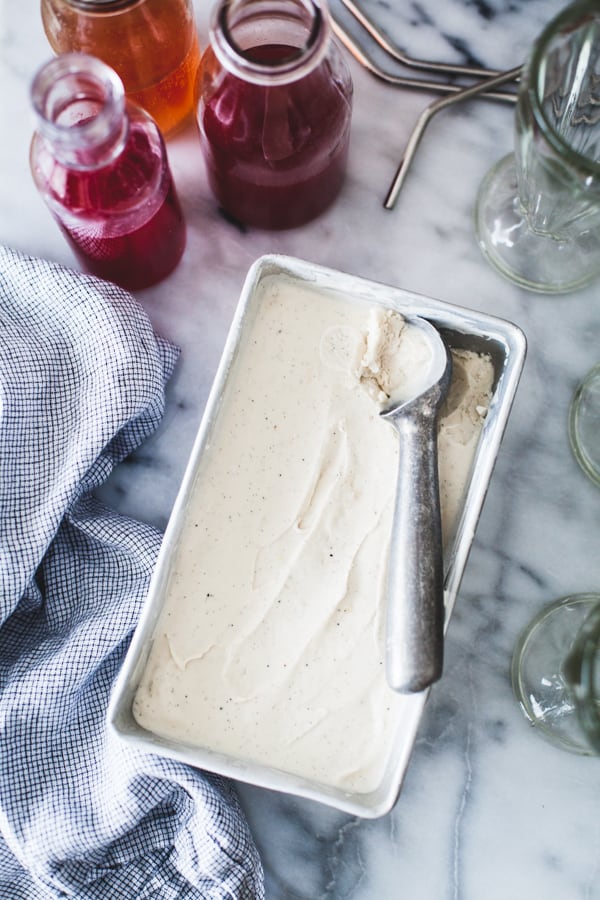 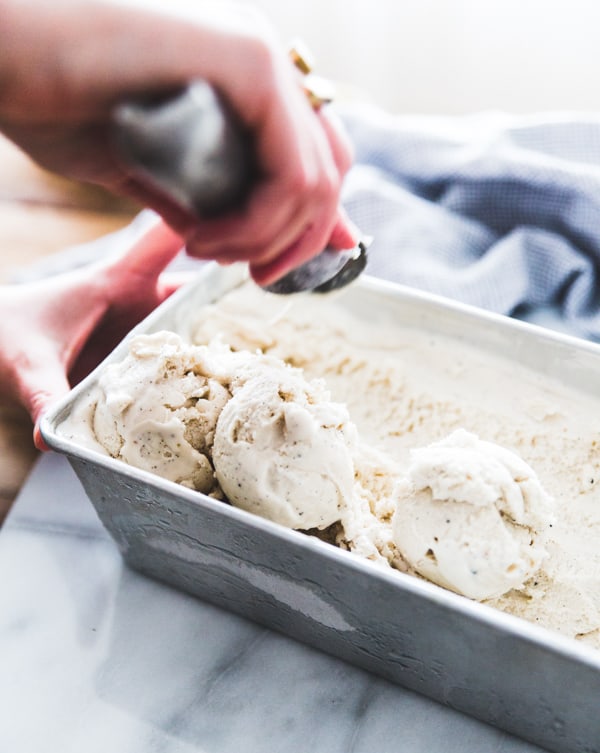 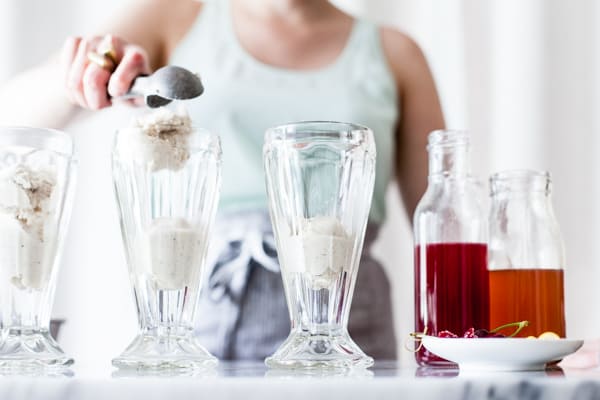 Earthy cacao nibs whisper of chocolate against sweet cherry juice and tangy bourbon. Vanilla smoothes the flavors which are sharpened with lime. And ice cream makes everything better. 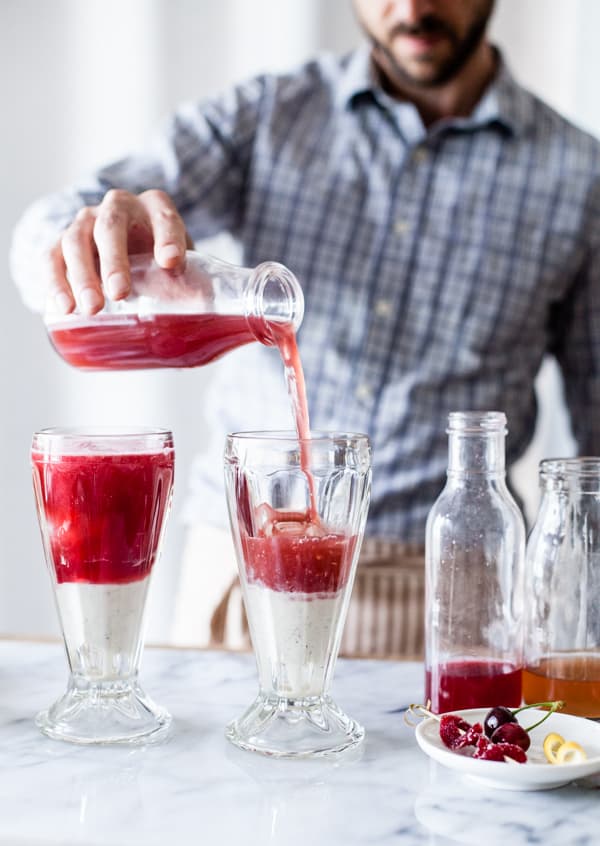 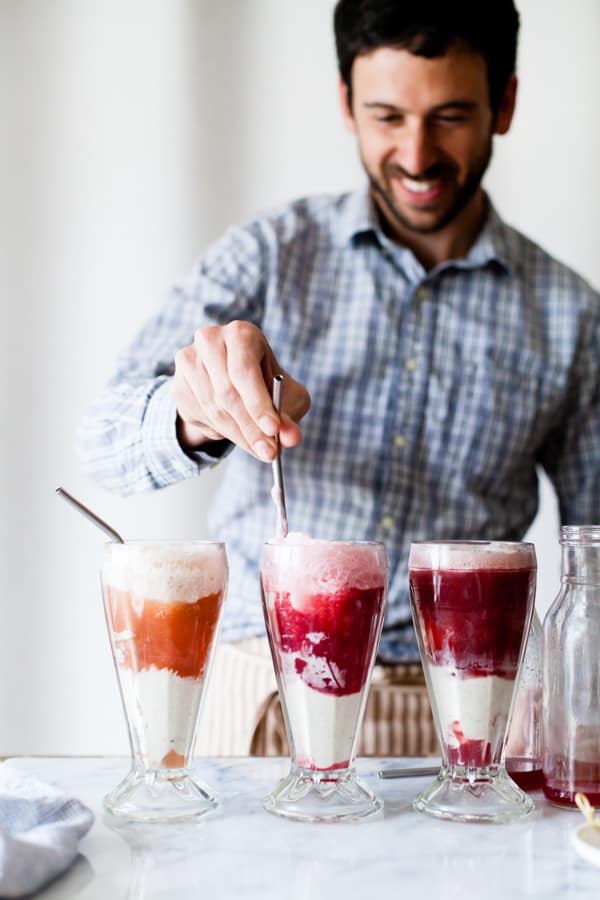 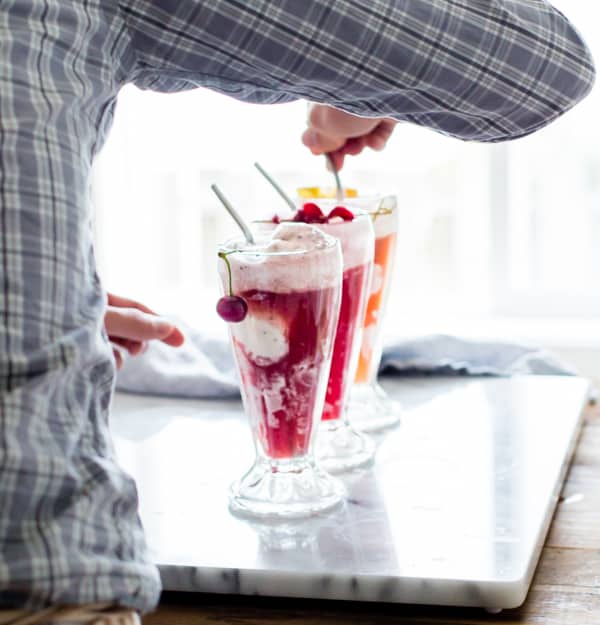 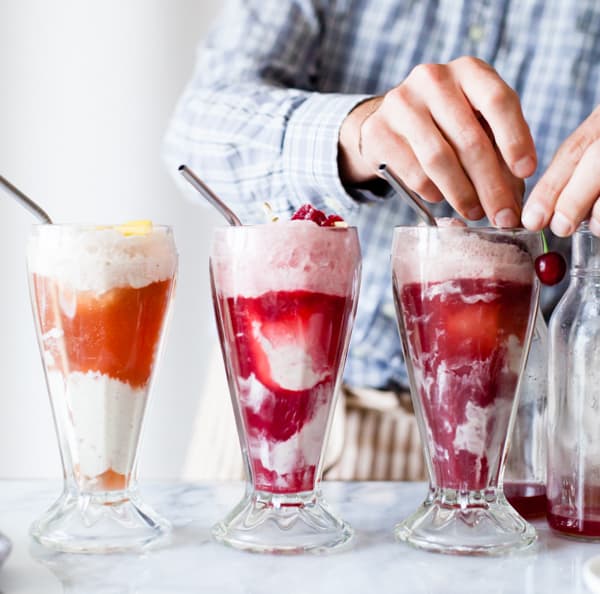 Cherries are peaking in California right now, with several varieties available at the markets. Look for a deep red variety such as Bing or Chelan, and reserve some doubles for garnishing the glasses. This makes a smallish batch, but feel free to double or triple the soda should you find yourself with a glut of cherries – the syrup will keep, refrigerated, for at least a couple of weeks. 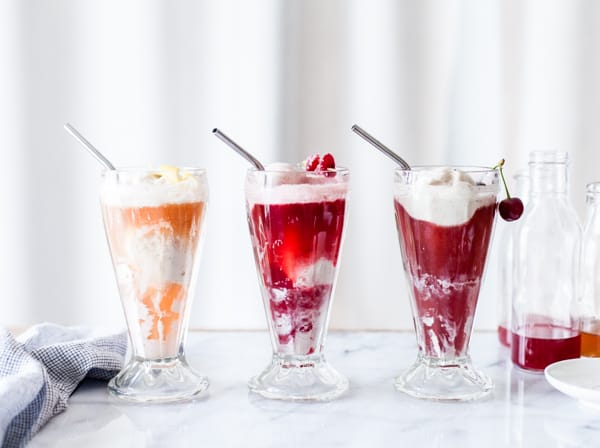 The only thing better than a cherry bourbon cacao nib float? A trio of floats! See Sarah and Todd’s sites for their insanely tasty recipes. 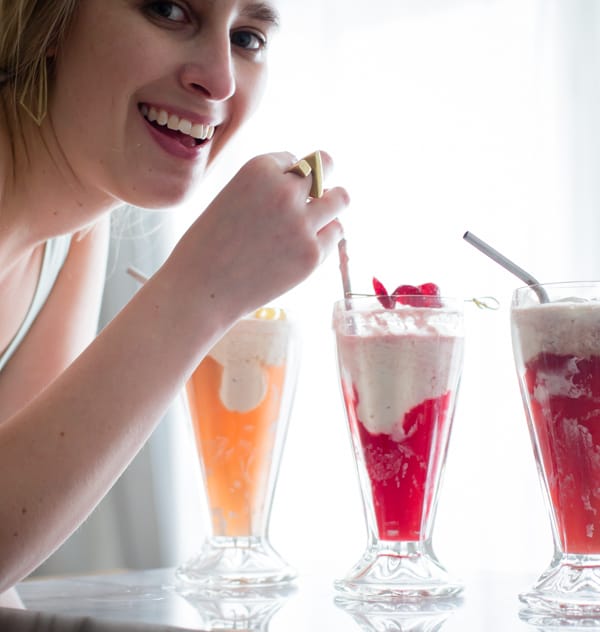 All images and video shot in collaboration with Todd and Sarah. 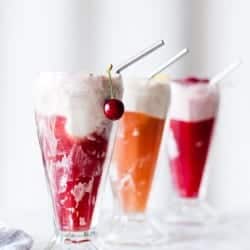 Make this soda when you come into a glut of cherries. The soda is heavenly on its own and will keep, refrigerated, for up to a week. Or pour it over scoops of vanilla bean ice cream, vegan or not, and enjoy right away. Nutritional values are based on one of four drinks. 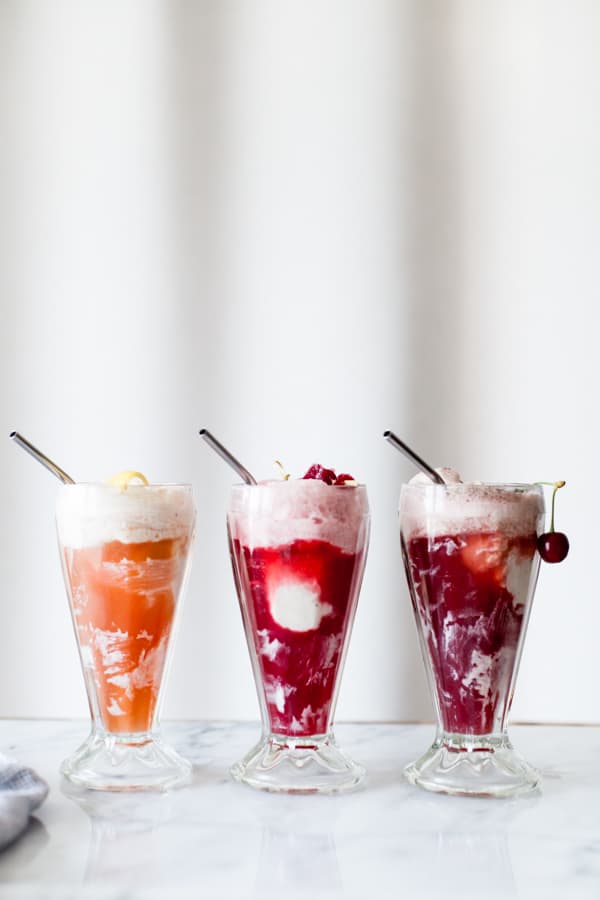 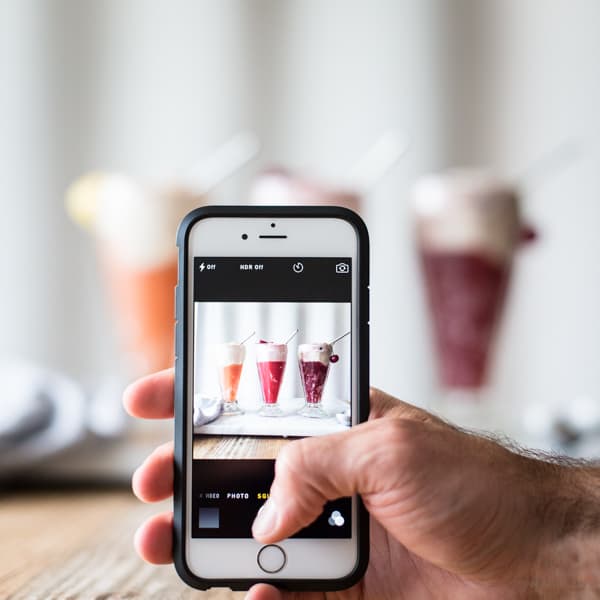